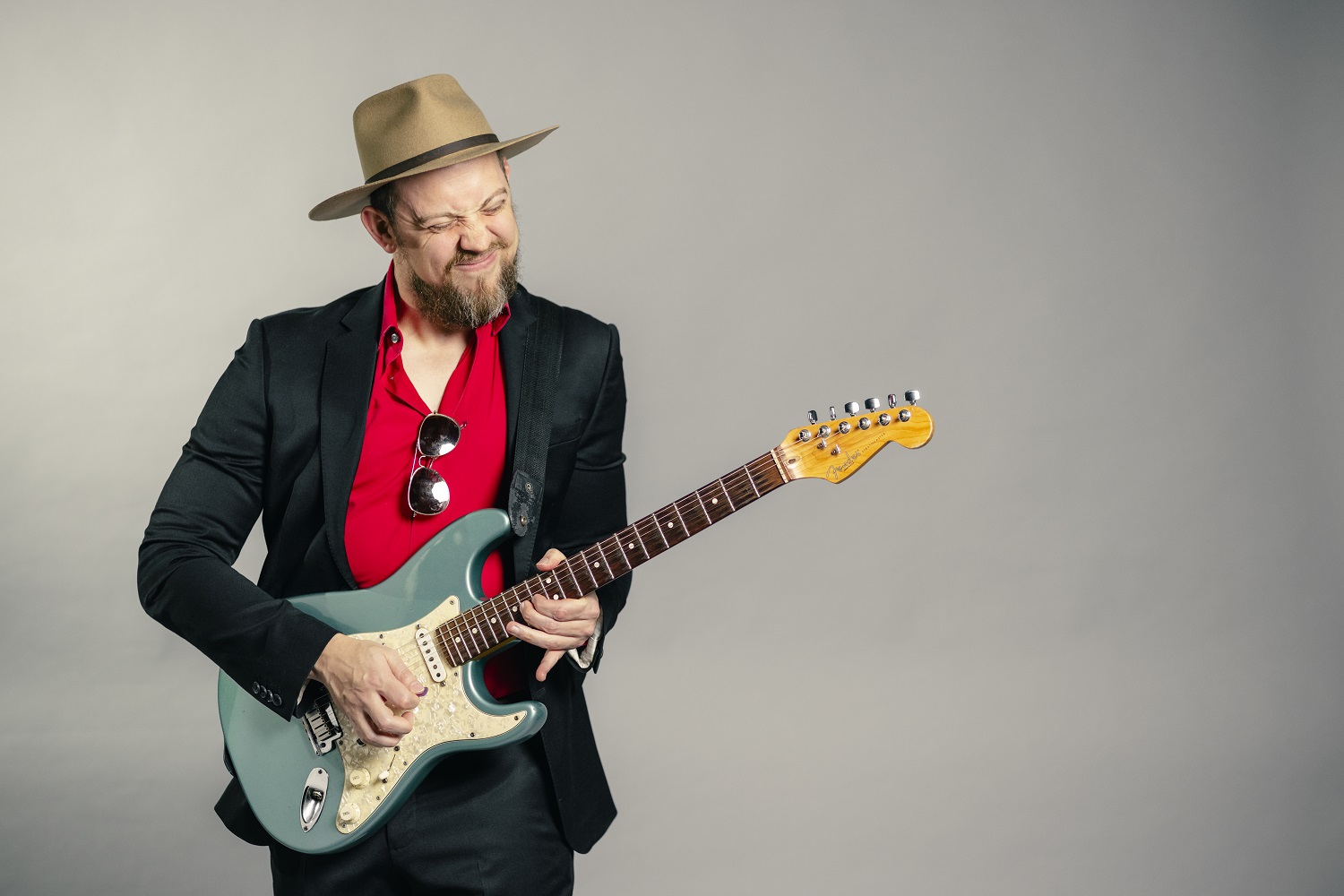 Slated for release via his website and with three singles already out there, the Aaron Jaxon Band’s Saints Communion marks a full return for this Johnson City, Tennessee based singer/songwriter/bandleader. The ten-song outing is, to my knowledge, Jaxon’s first full length studio release after two successful EP’s released between 2010 and 2015 and, in the interim between 2015’s Light on the Inside and now, Jaxon stopped drinking. A confessed alcoholic who fell prey to the often alcohol-fueled life of a live musician, Jaxon’s songwriting has blossomed as a result of his decision.

I remember reading an interview with Don Henley once in an early 90’s edition of Musician magazine where he asserted that The Rolling Stones were never quite the same once drugs receded as such a part of their mystique. The songwriting grew neutered, flaccid, less dangerous. The myth of the self-immolating artist is just that, a myth, and peril awaits those who heed its siren call. Lasting art feeds on creativity, not wanton destruction, and you can hear life affirmed during every moment of this release.

The track “Fire, Space and Time” is spirited all-around. Jaxon rides astride a musical tidal wave rolling towards its inevitable finish unreeling one line after the next with romping authority. The back and forth between the lead guitar and Hammond organ is another high point of this cut. “Actualize” goes in a much different direction. There’s no blues rock in tap here, really, as Jaxon flexes different rock muscles for listeners. This is more akin to outright hard rock, albeit with a commercial tilt, but Jaxon sounds as convincing as ever. He deserves plaudits, as well, for crafting mature and even-handed lyrics that reach poetic levels at several points but, likewise, communicate clearly with listeners.

You likely hear echoes of his East Texas upbringing poking through during the track “Pentecostal Blues”. It’s another brisk, lively affair with an abundance of lyrical gems for you to sift through. The vocals are varied and well-thought out. His rock influences, once again, make their presence felt during the track’s second half as it reaches a monumental crescendo before charging through its coda. “Noise in Your Nightmare” has outstanding vocals as well and is, far and away, the softest track on the album. The double-tracked vocals will translate well into live performances, but they have a strange “pasted on” feel here, a near miss for the production, but it doesn’t drag the song down. The eloquent piano is a nice touch.

“House of Glass”, however, takes listeners back to the guitar heavy approach prevalent throughout Saints Communion. The staggered riffs are authoritative, but some listeners will long for a little more variety. It’s an impassioned closer, however, and brings this release to a memorable conclusion. The Aaron Jaxon Band will recover a lot of the momentum they lost over time in one fell swoop with this release. It has everything a fan of roots rock, rock in any form really, craves from their music and inspires you to keep coming back for more.