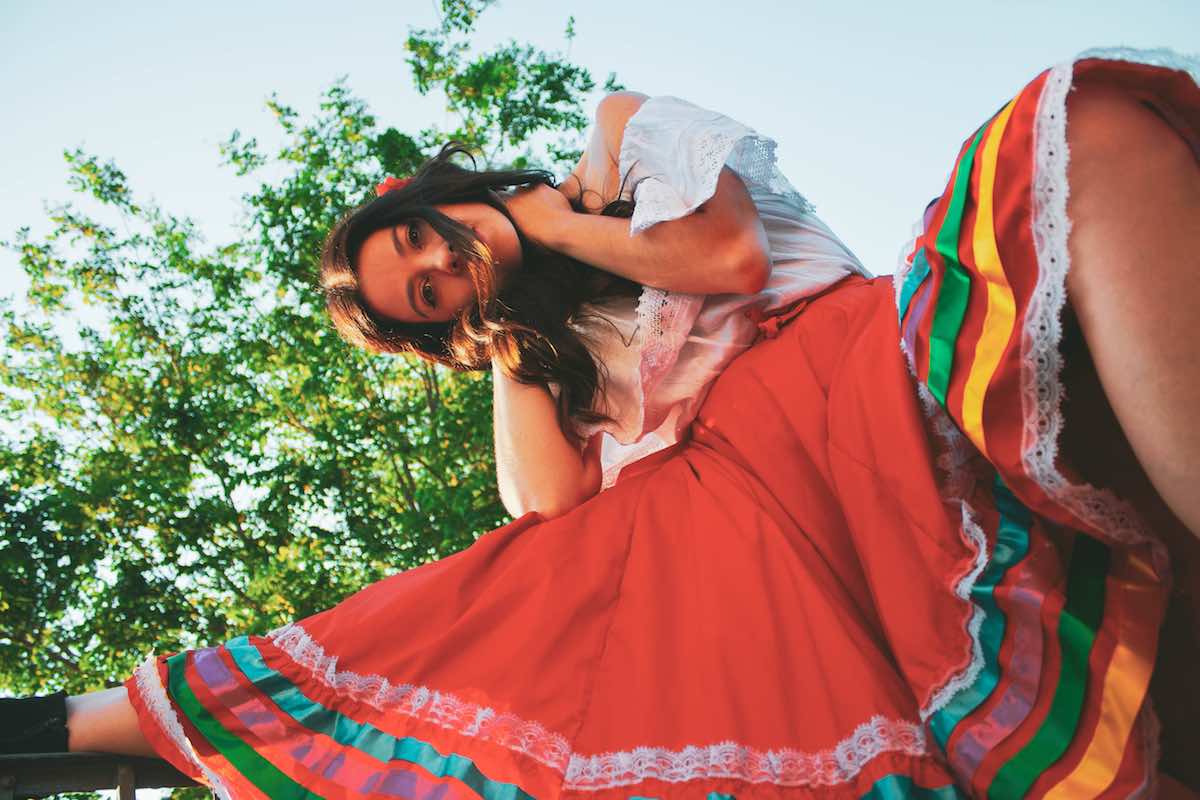 “Incognito, this word I came to learn…it felt just like a curse”

A folk singer-songwriter with a gritty stride, Alicia Blue‘s music is about her culture, identity, and judgement. Listening to her new single Incognito makes me feel like I’m being told a story in 1969 out in a big open field. It’s kind of overcast but we have a fire pit, obviously, and Alicia Blue is sitting across from me with her acoustic guitar, singing us into a movement with her. The grassroots guitar is bluesy and the tonality of the steel strings make you sit down and listen.

“When I was a girl, oh the things that you said…your mouth spilled the truth buried deep inside your head”

It bears an unconventional structure (which we love) and genius melodies that are so nostalgic you think they’re familiar; they ring in your mind, staying with you like a loose thread. With spoken word inflections and an exquisite sincerity, her voice is effortless. It is pure yet angsty, gentle but sassy as the song moves forward.

“You been talking bout my brother sayin things u shouldn’t be; you say you love him but I cannot see. If we were taught that equal is equal is equal, how can you say those things”

When I first decided on becoming a singer/songwriter, I used to have dreams I’d open my mouth and nothing would come out.

The Beatles and Bob Dylan would truly appreciate the candor in Blue’s lyrics, and she has a lot to say. She tells the agonizing yet critical tale of the racism she faced as a young girl and in today’s political climate, exposing not-so-pretty realities: “Growing up as a passing Mexican-American taught me that working class Mexican was not cool, at least to upper class suburban white kids.” She learned early on that speaking up could cause you to lose your status, job, or income. As a ‘passing’ Latina, Alicia says she was like a spy in her own neighborhood:

“Being told ‘you’re one of the good ones.’ What’s that supposed to mean? Friends would make comments like ‘Ew the gardener’ when I’d be outside at their houses playing…I was able to hear where their hearts were really standing. That was painful, because I flat out love, still do, people. It took until this song to call it what it is: racist, ignorant and full of death.”

With more and more listeners feeling heard, Alicia’s message has made it this far, coming all the way from the fringe of the underrepresented characters she grew up with, who were often not given a voice: until now. “When I first decided on becoming a singer/songwriter, I used to have dreams I’d open my mouth and nothing would come out. I’ve come a long way, and now at this point I’ve developed a knee-jerk reaction…all because of that passivity to racism when I was young. This is just as relevant as #MeToo, and I’m so grateful it’s happening.”

This is Alicia’s first widespread release and its landing beautifully. Follow her journey on Instagram and catch the magic live at Hotel Cafe this Monday, February 18th.