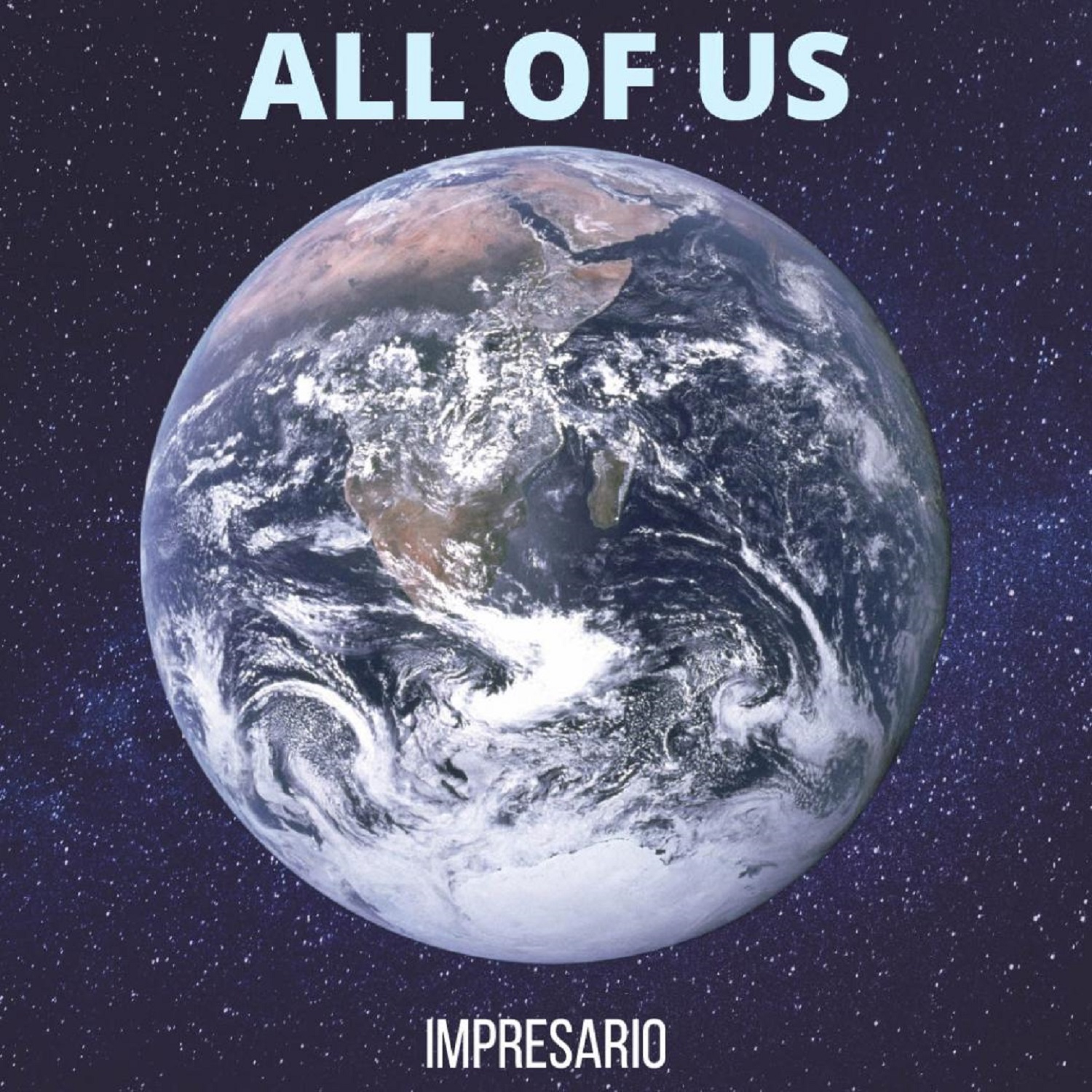 “All of Us” LP from Valerian Ruminski’s Impresario

Sometimes it pays off to bank on the highbrow concepts that other artists would just as soon scoff at (mostly in fears of attempting something original and exciting only to fail miserably and very publically), and this is absolutely true of the new LP All of Us from Valerian Ruminski’s Impresario. We find big beats abound in “You Got Me,” subtle surreal compositional cues in “Close Encounter” and phenomenally original takes on old school classics ala “Cat’s in the Cradle” and “Smile,” and no matter what song we’re listening to, the material always feels uniquely Impresario’s.

“Monkeys on a Rock” and “1865” offer us a stunning juxtaposition of vocals and instrumentation that simply drives home the moodiness of the melodicism better than anything else could have, and this is similarly so in “Give Life a Chance,” “Vegaquarian” and “Midnight Mode” (though to a lesser extent). The demonstration of duality has always been important Ruminski, a trained opera singer in his own right, but I admire how well he’s been able to express his creative desires from this angle without having to sacrifice any of the rough edges that give his sound such a firmly pop/rock appeal. That’s hard for a classically-school vocalist to pull together, regardless of bankroll.

Structurally speaking, “Se Vuol Ballare,” his cover of “Smile,” the exotic “Love is Not a Time Machine” and potently acoustic “Be a Man” are probably some of the more sophisticated numbers we’ve heard from the Impresario camp so far, but I don’t think they’re setting the bar so high that Ruminski won’t be able to top himself once again the next time he steps into the studio environment. He’s careful with pacing both in the tracklist and in his creative trajectory, and that will ultimately help him in his quest for international exposure in the long run.

All of Us has quite the endearing textural expressiveness for an indie LP, and thanks to the crisp instrumental mixing of “I Don’t Know Where I’m Goin’ to” and the title cut, there’s plenty of reason to believe that this is going to be a trend for Impresario’s upcoming output as well. This has got to be one of the more sonically exploitative records I’ve heard out of the American underground in the past year, and best of all, it doesn’t sound overly synthetic or indebted to a software-born framework for songcraft in any way, shape or form.

While it was likely intended more for the serious audiophile than it was the average pop music consumer, there’s no debating whether or not Impresario’s All of Us is a terrific album that hardcore experimental enthusiasts and causal listeners should be able to enjoy equally this fall. The independent beat has never been as alive with eclectic power as it is right now in 2020, and if you want to understand what all of the critical fuss has been about, All of Us and the collective works of Valerian Ruminski are definitely worth spending some of your time with this season.