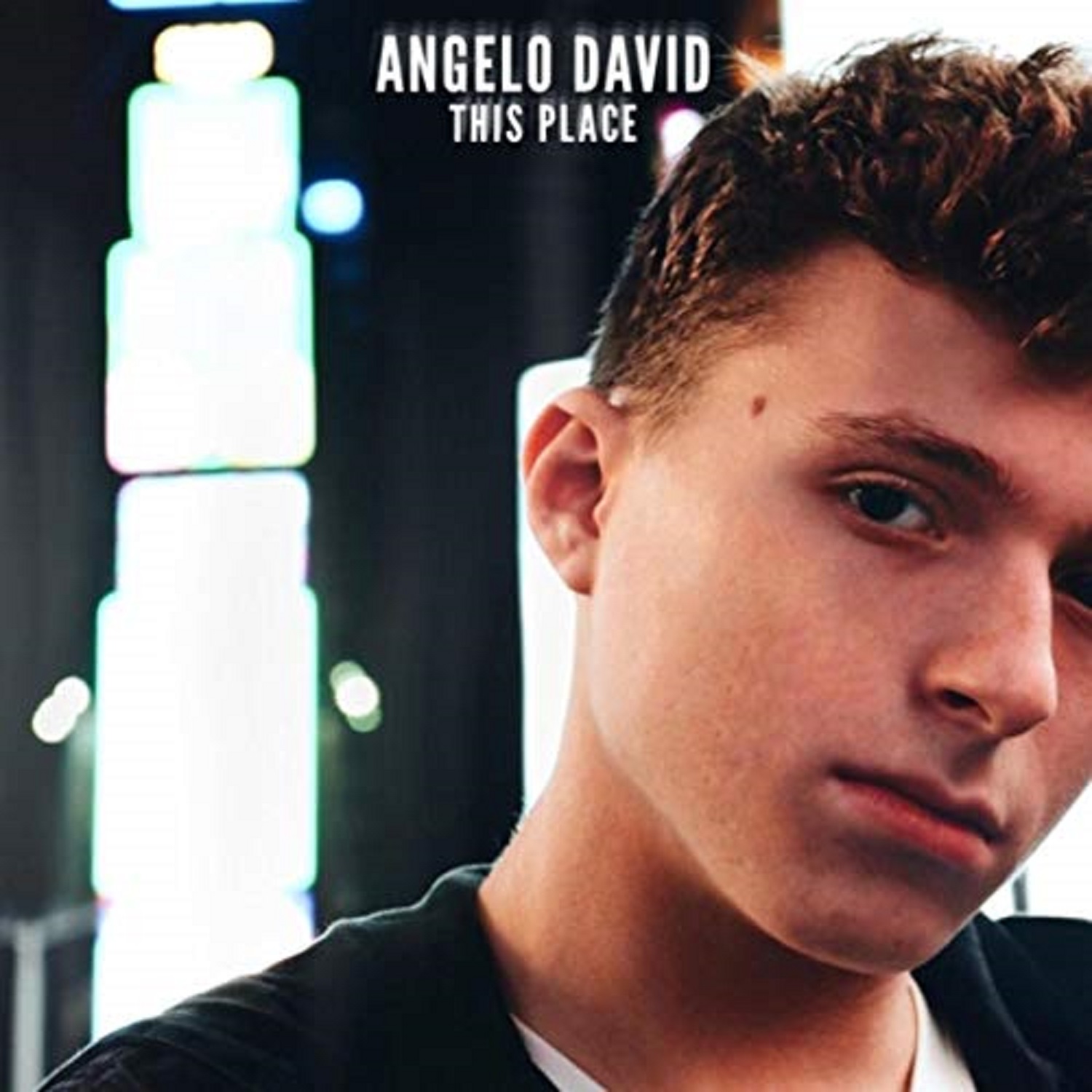 An ominous bassline whispers to listeners from behind a smokescreen of synthesizers. The intrepid vocal of Angelo David penetrates the glare with a soft harmony that is at once forbidding and decadently irresistible. As the featherweight singing conveys heavy lyricism that begs for us to cling to its undying narrative, the lush atmosphere circling the words is almost too overwhelming to be ignored. Drums gallop ever so hesitantly as the chorus fades away and what we’re left with is Angelo David and his sweetly translated admissions of pure emotion. Welcome to “This Place,” the latest single from the Boston indie pop vocalist who has been garnering praise across the board in the last couple of years – despite still being in high school, mind you. This teenage singer, songwriter and producer holds nothing back from us in this track, throwing down a harmonious sonic hammer that is as sleek and stylish as anything his closest rivals twice his age are releasing at the moment. If this is indeed an early look at a shooting star still gathering speed, Angelo David is going to have a very long and exciting career ahead of him.

“This Place” is swimming in swagger both musically and on a lyrical level. The addictive little hook in the chorus is deceptively subtle but eventually reveals itself to be as gripping as the words themselves are. David is careful to avoid the pitfalls of an overly confident execution though; his glowing connection with the bass is tethered to the pattering percussion slinking around in the very back of the mix. The spotlight is transfixed on his vocal stylings, but they don’t take away from the brooding nature of the instrumental bits in the slightest. In fact, I would even go as far as to argue that while both are spellbinding in their own right, neither would be quite as jarring were they not married in this deliciously well-produced single. The unselfish mixing of this song underscores the caliber of professionalism that Angelo David is already in firm possession of; that’s no easy feat for any artist, let alone one who isn’t legally allowed to drink yet.

With so much to be intrigued by at the very start of his career, I have a good feeling that we can only expect more provocative songcraft from Angelo David in the near future. “This Place,” in my opinion, is his most polished and robustly produced track yet, and I think that based on the strength of its structure David could easily perform more relaxed material that focuses solely on his vocal abilities as he continues to find his own unique aesthetic. What he’s given us to examine so far is more than enough to convince me (and a lot of other critics) that his talents are nothing to scoff at. “This Place” has the rhythm of an electronic ballad and the framework of a club song, which together spell out a style of songwriting that can carry someone with the right voice a very long way in this business. Only time will tell, but for now this single certainly hits the spot.