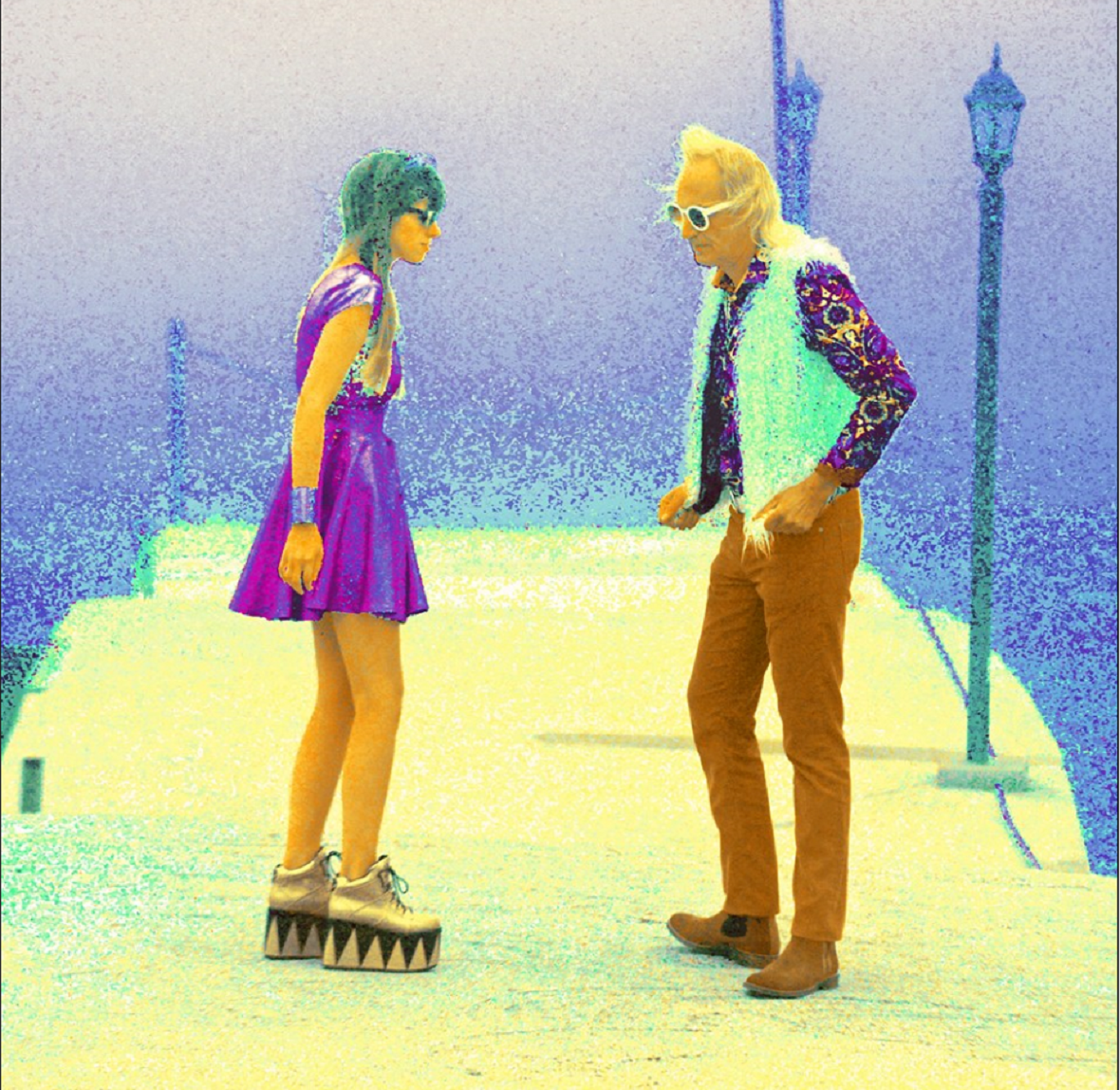 The two “Time Bomb” mixes make me want to move from the first. AV Super Sunshine has worked with iconic DJ and talented producer Michael Bradford before and their latest collaborative round has produced an indelible modern EDM rock classic with this new single release. It comes packaged as a club and radio DJ mix and, definitely, both performances share many similarities. However, Michael Bradford’s vision for the club mix proves why he’s such a powerful creative partner for AV Super Sunshine as he takes the original tune and re-casts it in the most musically cinematic terms imaginable. His restless creativity lays out a multitude of synthesizer riffs and quicksilver fills functioning in some of the same ways a guitar might and benefits from a frantic pace that hits all the right peaks throughout its five minute running time. The synthesizers are bright, but never brittle, and the warm sound Bradford achieves fills your speakers with a full rounded sonic presentation that will convince any doubters.

I love the vocals in the club mix as well. A lot of people in Bradford’s position hear vocals as an expendable or purely ornamental addition to these types of songs, but it’s clear he doesn’t and makes AV’s lead singing and accompanying backing vocals one of the most important components of the mix. Much of this, to be sure, is motivated by Bradford’s desire to remain as faithful as possible to AV Super Sunshine’s original intentions for the tune, but allows Bradford the latitude to put his own stamp on the club version. Other instruments aren’t quite as front and center with this mix as we hear with the late radio DJ mix, but their inclusion once again signals his willingness to adhere to that initial creative vision. It definitely will find favor in clubs all across the country, it’s intensely engaging on a physical level, and has a lot of musical merit.

I enjoyed the radio DJ version just as much, in its own way. This track operates along more conventional lines than we hear with Bradford’s club mix and the clarity of the production shows off how much rock fire AV Super Sunshine can bring to bear on any given track. There’s piano coming to the fore with this number that we don’t hear in the same way during the club mix and, as such, the melodic slant is much stronger here than we ever hear in the club cut. The radio DJ version isn’t nearly as long and AV has expertly tailored the song to make maximum impact in that medium without losing any of the rawboned force we are treated to with the club mix. AV Super Sunshine lands with the concussive explosion of a bomb and spares no effort in grabbing a listener’s attention with “Time Bomb” and you’ll be left reeling in its wake.

AV Super Sunshine’s “Time Bomb” is released in a club mix and radio DJ format. This means listeners get quite a bang for their buck (or two) as longtime creative collaborator Michael Bradford’s involvement with the club mix should elevate Bradford’s already shining standing to a new level of luminescence. It’s a long mix at over five minutes and, at an initial look, you will be forgiven for wondering if it’s too long. Instead, the club mix fire on all cylinders from the first, beginning with a heavy synthesizer flourish, and builds to a crescendo early on before we’re ushered into the first verse. You might expect Bradford to load the club mix up with an assortment of bells, whistles, and heavy beats in an effort to win listeners’ over, but he takes another route by expanding on AV’s original musical impulses just enough to make this already great dance track suitable for a club environment or elsewhere. He places a lot of the musical burden on the synthesizer lines, but his creativity and the mix’s breathless movement keeps you dizzy in the best possible way.

He doesn’t give as much play to the vocals or “normal” instruments as we hear in the radio DJ mix, but that doesn’t mean he ignores them. Instead, he puts those parts of the song into play much differently with the club mix, making them a part of the package, but putting more of his efforts into making the electronic textures as vibrant and relentless as possible for listeners. It isn’t a version designed to be listened to in your living room, though I am sure there’s a place for it there, but blasting for an eager live crowd who can’t stop themselves from moving along to the club mix’s furious nature. It is rousing, affirming, and has a celebratory edge you can’t ignore.

The radio version is just as inspiring in its own way, but it takes a different sound to get the same effects out of the listener. It definitely makes the same concerted push we hear from the club take, but there’s more attention given to the traditional instruments in the mix, particularly piano and guitar. It’s here, with this take, that we hear the “New American Rock” character of AV Super Sunshine’s music and it comes across without giving up any of the modern tone hyper-charging both versions. There’s nothing retro about his approach – AV Super Sunshine has picked up the mantle of a rock and roll spirit, molded it to his own devices, and comes roaring out of the gate with both cuts. His good fortune to have a long standing relationship with a talent like Michael Bradford immeasurably enhances his work and makes this one of the most invigorating numbers, any genre, you’ll hear this year.