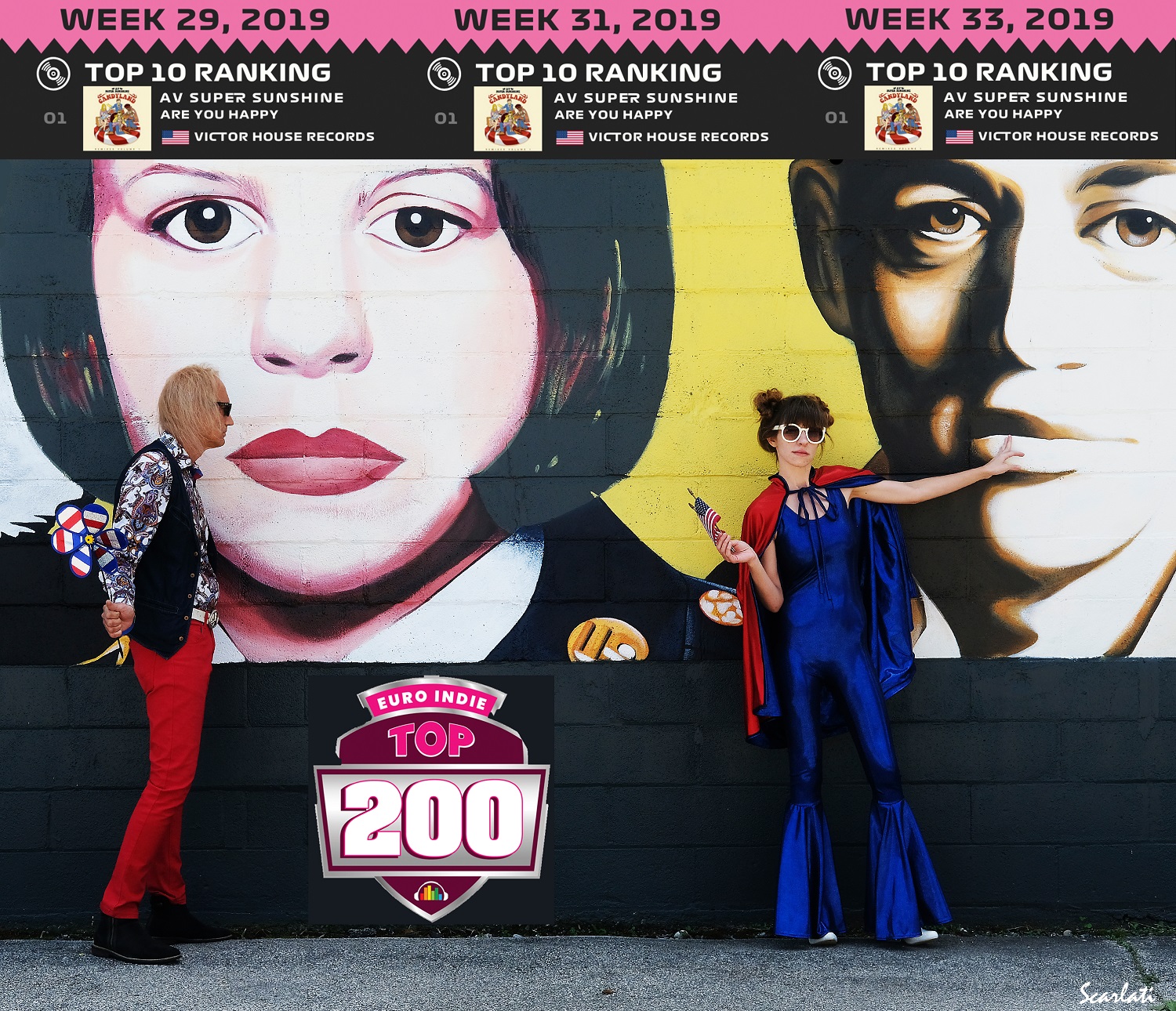 Whether it’s the hum of the amplifiers or the crash of the drums, there’s something special about the textures and tones emitted when a band gets together and makes music together, and in the video for AV Super Sunshine’s “Baby Goodbye 2020,” we get a taste of this feeling intercut amongst dreamy imagery perfectly joined to the mammoth musicality in the background. AV Super Sunshine is known for his ambitious videos, and while this track’s original version was dropped five years ago, its reworked edition – and the companion video it boasts – are as fresh as ever in this new release.

The hook is so smooth and subtly woven into the instrumental faceting here, and to some extent, I think it shows us a good example of what minimalist pop can sound like when it’s presented from a dimensional perspective different than what the mainstream might allow. It’s the centerpiece in this single without question, but it never feels like the cosmetic focus of the song or the video at all. The music is too multilayered, and moreover, the mix too even for this track to play out in any other way, which was AV Super Sunshine’s intention all along.

There’s some bold color to the guitar parts in this single that made me really appreciate just how fanciful a string play AV can lay down when he wants to, but it’s worth noting that the fretwork never overwhelms the vocal in this mix for even a fleeting moment. Sonic equality is of upmost importance to this artist, and where the OG “Baby Goodbye” was rather streamlined, the brawn of each individual instrument – vocals included – seems to get a little more attention in this take than I would have ever expected or thought it would.

The production design utilized by AV Super Sunshine for “Baby Goodbye 2020” is well beyond what the status quo among indie players would normally call for, but once again, I’m not getting a selling-out vibe from the performance here at all. Even the decision to give us a freshened-up version of this classic from his discography lends doubt to the idea that he’s ever going to stray too far from the underground and the foundations that make it so special, but in terms of visibility, I don’t think he can avoid the onslaught of good press he’s inevitably going to receive with this latest release.

AV Super Sunshine’s present look is definitely polished up and ready to be acknowledged as the diamond in the rough it truly is, but underneath the swagger and glamorous curb appeal of “Baby Goodbye 2020,” longtime fans can trust in me when I say it’s still the same ol’ AV you’ve come to know and love. His is one of the more consistently buzzed-over names in the industry today, and while he still isn’t looking to be a part of some overarching trend – nor let his music take influence from one – he’s looking to set some standards of his own in this new decade.