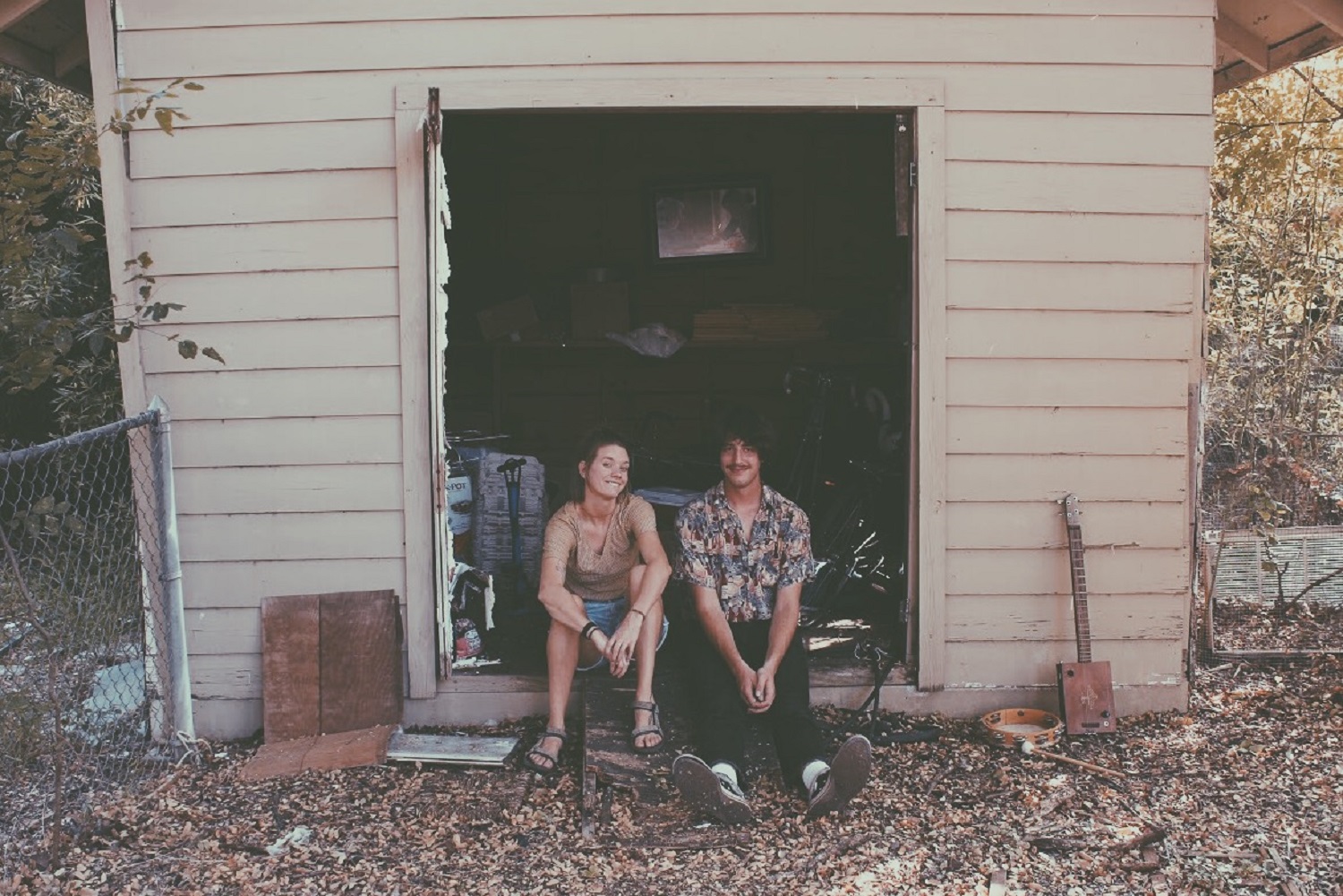 Being Dead – Fame Money Death by Drive By

Being Dead is the result of an ongoing collaboration between musical partners, songwriters, and multi-instrumentalists Juli Jackal (Juli Keller) and Cody Flowersworth (Cody Dosier). The Austin, Texas based duo’s latest EP release Fame Money Death by Drive By reflects their interest in dark subject matter without ever striking listeners as dreary morbid self-indulgence. The twosome carries the five songs alone without any outside help and they prove themselves capable of sustaining an abbreviated song cycle without assistance; newcomers to their music will find the certainty and confidence of their artistic vision surprising and satisfying. There is a notable amount of detachment in these songs; Being Dead is never interested in making listeners uncomfortable for the sake of it alone and everything included on this collection has definable rhyme and reason. I doubt if it is for everyone, but I find Fame Money Death by Drive By to be one of 2019’s more compelling musical creations.

“Red Drive” opens the album with the improbable. The song’s beginning sets the stage for what’s to come with the sound of something burning with near-chant like vocals. When the song begins in earnest, listeners may be surprised by the transition into clean guitar chords with a prominent bounce, uptempo drumming, and the understated droning quality of Jackal’s singing pushing back against comparatively buoyant accompaniment. It has a slightly schizophrenic identity as, near the end, the aforementioned psychedelized pop arrangement falls away in favor of a slow elegiac coda.

The 60’s influence continues with the EP’s second cut “Underworld”. Being Dead forgo the audacious introduction heard with the first song and plunge straight into the primary arrangement. Guitar, once again, is the dominant instrument and has the same clean, bell-like clarity we hear with the first track. The chords ring out thanks to the excellent production defining the EP overall. Flowersworth and Jackal share vocal duties, to an extent, but it is Jackal’s voice that guides the bulk of the track once again and the listeners will be hard pressed to not notice how much the keyboard contributions to songs shapes the final results for the better.

“Hot Car”, the EP’s fourth track, takes a little under thirty seconds to wind itself up, but segues into a brisk pace defined by tight, straight-ahead drumming and Jackal’s echo-laden voice. Flowersworth joins her for the song’s chorus providing solid backing vocals further strengthening the track. Much like the opener, “Hot Car” transforms as it progresses, incorporating menacing distortion driven interludes into the larger scheme of the song. It ends in a wash of effects and noise before metamorphosing into the EP’s finale “Used Up”. This is, far and away, the roughest moment on the EP and abandons the clean guitar tones of earlier songs for a brief effects centered bookend referencing the opening number and providing Fame Money Death by Drive By with an overwhelming, near-claustrophobic final curtain.

Being Dead can claim, without puffing themselves up, that their work is unlike anything else in the world of modern music. It obeys enough fundamentals of basic song craft that it isn’t unfamiliar to listeners, but key points of the EP veers so far afield of customary approaches that  Fame Money Death by Drive By ends up blazing its own individualistic trail. If you dare follow this release to its end, it will reward your courage.