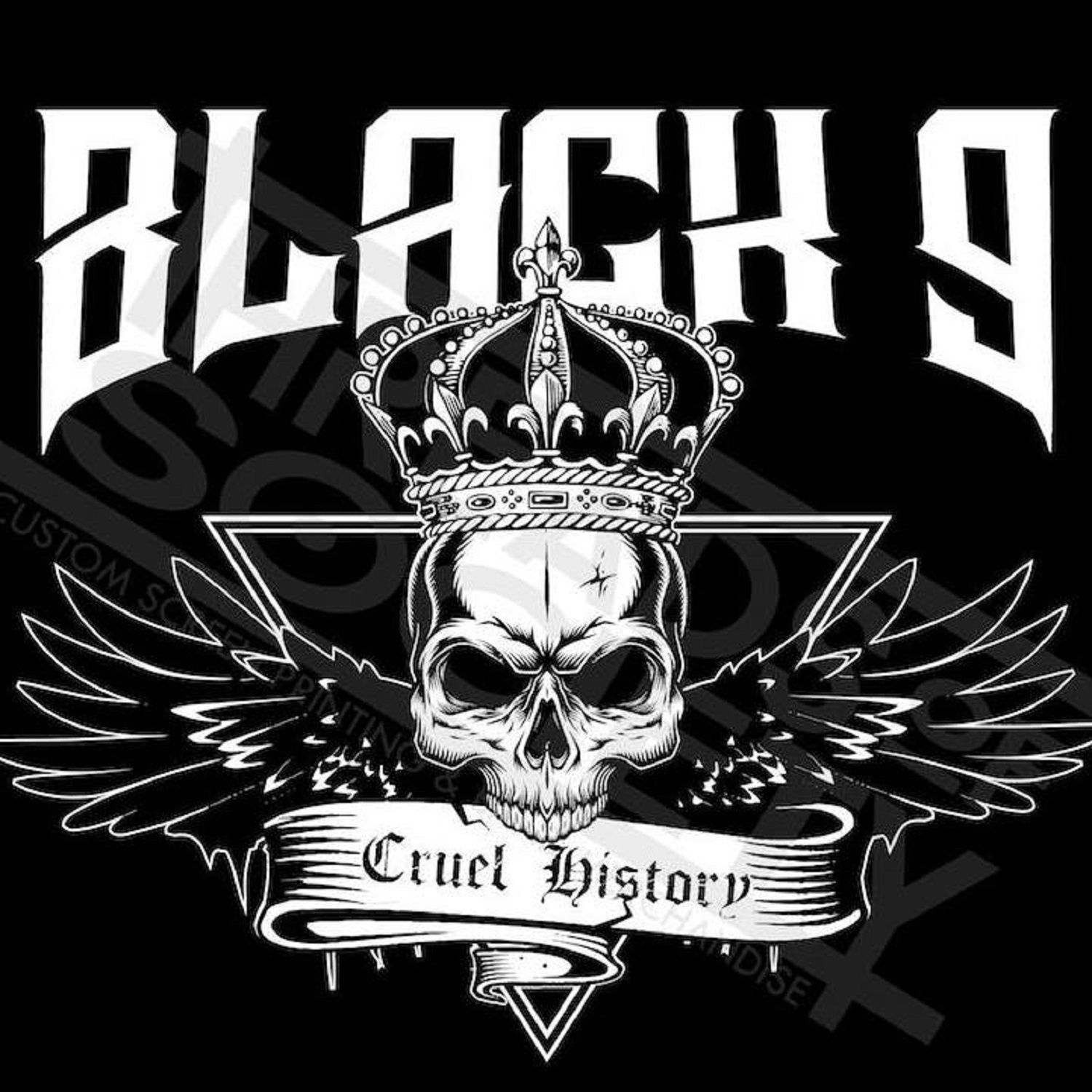 Like a vicious hurricane, Black 9 come spinning out of control in their new single “Stop Draggin’ My Heart Around,” a cover of the Stevie Nicks/Tom Petty duet of the same name. Faceted with mammoth guitars and drums that pulsate under the command of fierce vocals, their version of “Stop Draggin’ My Heart Around” wastes no time cutting through the boredom of silence with a violent, fury-whip of sharp riffing and a dynamic bassline that will push and shove anything out of its way. The intensity is off the charts, the passions run high and give way to an adoring duet for the ages in what amounts to a lot more than your typical alternative rock cover song usually would, to say the least.

The vocals that are met with such discordant guitar destruction in this single are smooth and contrast with the thick, suffocating master mix brilliantly. Obviously, like most of its more metal-oriented brethren, Black 9’s “Stop Draggin’ My Heart Around” centers around its primal riff rocking grooves, but I like that the band made a point of giving them an equal playing field with the other instrumentation in the track. For every crushing power chord and palm-muted percussive slam, there’s a swaggering bass salvo or a drum-led dip in the tone to counter it, making the arrangement feel so much more robust and inescapable. This is easily one of the more textured rock songs I’ve listened to in the last year, and that says a lot considering 2018’s incredible spike in surrealism.

In the eye of the storm, the drumming holds everything together in “Stop Draggin’ My Heart Around,” not only forming the foundation for the rhythm of the song but also adding a definition to the black and white sonic structure of the melody that simply would not be there otherwise. Everything about this cover is meticulously produced; from the calculated way in which the band broaches the signature harmonies to the cerebral fashion in which they interpret the guitar solos for a more chest-beating experience, every component of the track has a place and stays there. Another plus is that while this song has no shortage of indulgent overdrive, there’s not a speck of inefficiency in the complete, finished product – a rare combo, indeed.

“Stop Draggin’ My Heart Around,” as it’s been captured by the likes of Black 9, is an awesome cover song from a very original band who stand out in an era of synthesized melodies and absent, empty grooves generated by computer software instead of the gold old fashioned six-string. Black 9 do pretty much everything right in this single short of calling Stevie to sit in on their recording sessions, and I think that while they certainly add their own flavor to this legendary song, they also do a fine job of respecting the integrity of the classic as well. That’s no easy feat when recording a number as well-known and critically beloved as this one is, but nevertheless this threesome manage to make it look all too easy.