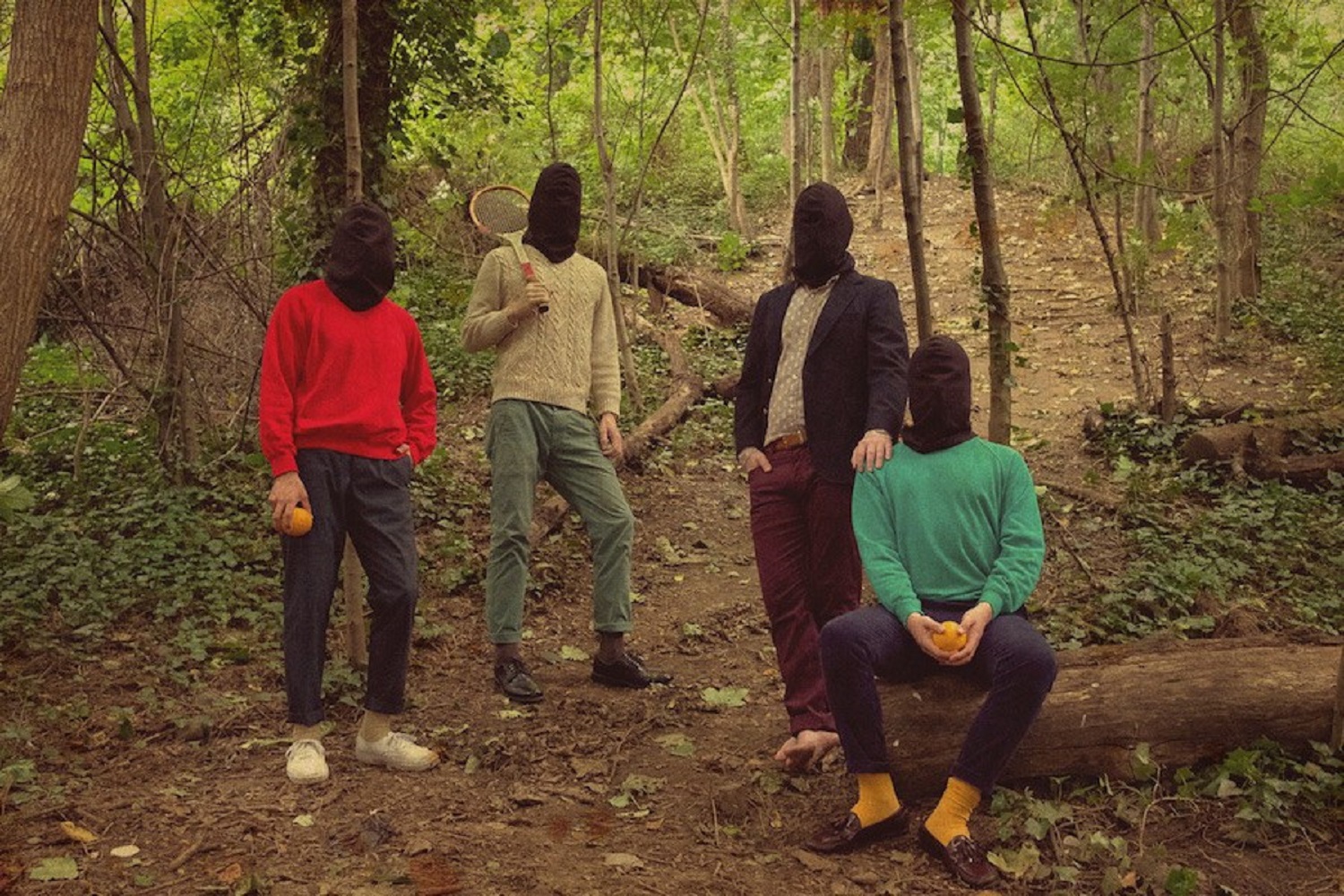 Shot on Kodak film and directed by Idle House and Blood Cultures, the “Dunk On Me” music video is seemingly vintage and innocent at first, before it goes into darker, unsettling territory. Blood Cultures, a New Jersey four-piece band, joins the ranks of masked or anonymously known members like bands Ghost, Gwar, KISS and Daft Punk. The theatrics, as you soon will find out in the video, are unsettling and become visuals of the passion found in the human psyche.

Before you can even press the play arrow on the screen, the still photo of a blonde, almost angelic fresh-faced girl stares at you. She dares you to press play. Her blond – nearly white eyebrows, and sheet white-skin is splattered by blood. Her blue eyes are dead with emotion. That stare! Once you do hit play, the roller coaster leaves the station.

The protagonist, the blonde -teenager is back, and she’s in a school locker room. The viewer only sees her from the back, taking a shower. The Kodak film has a filter to it that makes it feel like the story unfolding happened in the late 60s, the hues of aqua blues and water parading down from the shower head matt down her hair to an almost silver grayish vision. A few quick edits later and the scene shows two high school boys wrestling on a matt, while a trio of girls in school gym clothes look upon the grapplers.

The blonde returns to the gym doors, she’s all cleaned up and dressed in the school’s plaid jumper. Her gaze hints towards the other students. As the dreary, synthesizer broodily starts, the camera zooms into the middle student – a female – and the protagonist visually sighs and yearns.  As the vocals start – it’s hard to decipher what she’s singing, and admittedly it’s easier to fall victim to the story unfolding visually.

She’s then on the couch back at her house – reds, yellows and an inferred happy home with her mom and dad gazing lovingly at her from the staircase. There are family pictures on the wall. Quick edits later – very dark images and sounds – and we’ve moved back to the high school, our blonde friend is joined by two girls – wearing matching plaid jumpers and dancing erotically. The trio is looking straight at the camera. Crashing cymbals and murderous sounding shrieks and electronic shrills show the girls walking straight down the school’s hallway. The principal, another adult with caring eyes, stands in the hallway looking at them as they leave the double-doors.

Next up is a forest scene of burning ‘Bay Side Tigers’ sports or varsity jackets. As the edits are rushed and blood becomes the norm, we’re back to a calmer, friendly scene of our new favorite blond brushing the hair of the initial girl in the gym.

We discover, that the blonde has stabbed to death the wrestler, as well as her female friend has been slit in the throat. “They don’t know me like you do” is sung over and over – the chorus clings to you like the images of a knife going into the wrestlers abdomen. The parents, the teacher, they are all singing “they don’t know you like I do.”

Now that you have the shivers and the song has pierced your soul, the Blood Cultures do a remarkable job of matching the energy and fervent passion in “Dunk On Me.” I’m a bit perplexed on the use of “dunk” but the mood and the general beat to the song is unforgettable. It’s a solid rock effort exploring jealousy and dark, dark spaces of the mind and soul.