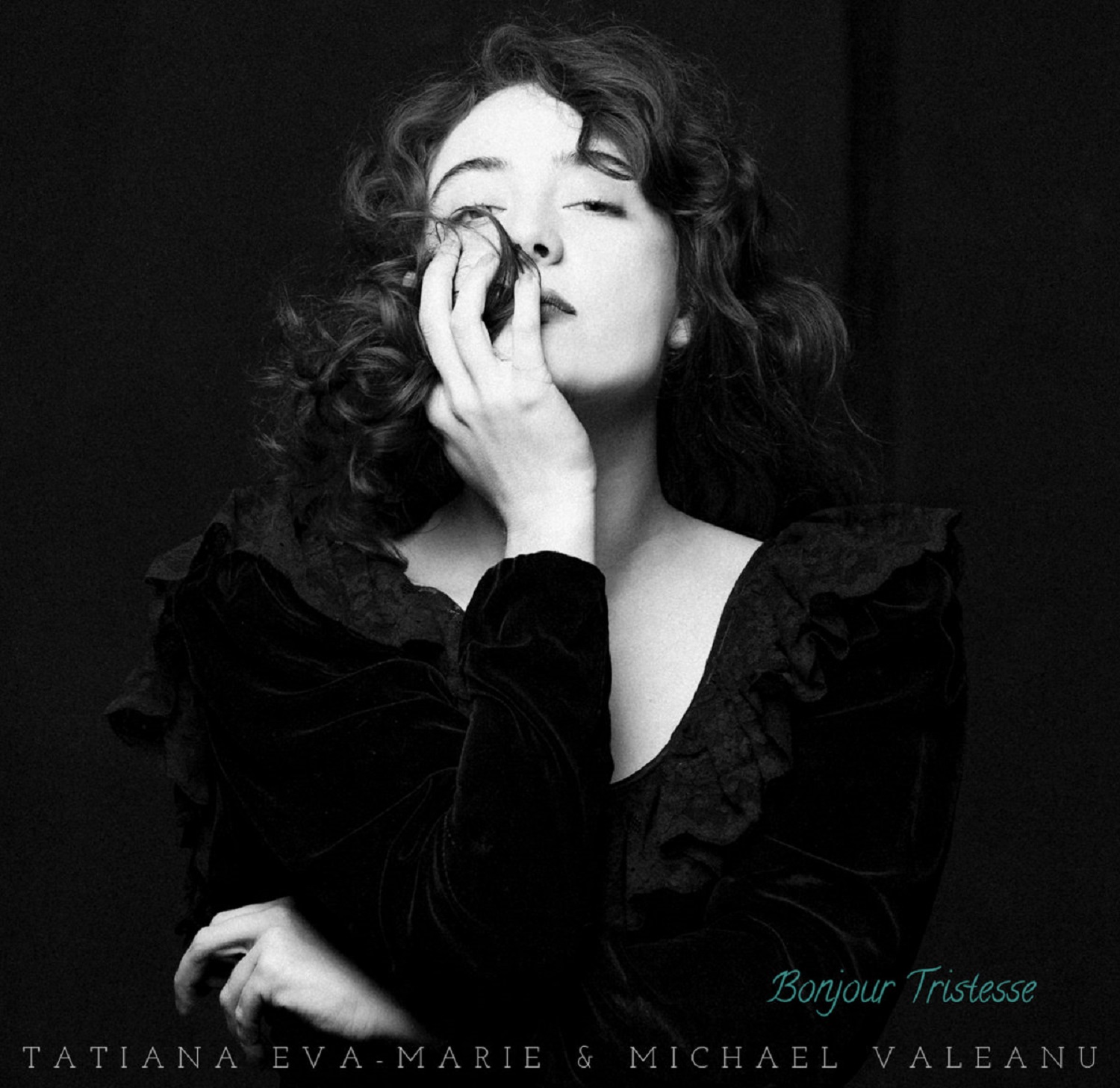 Sometimes, the simplest of harmonies can wind up being the most movingly passionate, particularly when they’re consumed against a backdrop made up of little more than the aching silence found inside of an unoccupied jazz club, waiting for the right singer to take its stage, and in my opinion, this can definitely be said of the best songs included on Bonjour Tristesse, the new album from collaborators Tatiana Eva-Marie and Michael Valeanu. Bonjour Tristesse’s title cut grabs our attention at the start of its tracklist before leading us into the tender grip of songs like “East of the Sun (And West of the Moon),” “Get out of Town,” “They Say It’s Spring” and “La chanson des vieux Amants,” with Eva-Marie switching between English and French when it suits the material the best. Michael Valeanu’s surreal string work is never out of focus; his every melody is present seemingly to colorize the words that our leading lady sews into a poetic tapestry from under the spotlight. Though not challenging the traditional Parisian jazz model per-say, this Brooklyn-based singer and her well-chosen guru of guitar manage to produce one of the best LPs of the season here, and I’m hardly the only critic applauding their efforts this April.

Where “Why Try to Change Me Now?,” “Roses De Picardie” and “Can’t We Be Friends” draw their evocative agency primarily from Eva-Marie’s vocal, “On the Street Where You Live,” “I Get Along Without you Very Well” and “Stardust” are much more instrumentally-dependent with regards to their structuring of the emotive narrative within them music, but the diversity of this tracklist doesn’t create any discordance when listening to the album in its entirety – quite the opposite, truth be told. While there’s no percussive presence in Bonjour Tristesse, the unique physicality of the harmonies binds all of the content on this disc together better than anything else ever could, making even the most aesthetically conflicting of moments (like “La chanson des vieux Amants” vs. the title track) feel as though they belong together here. I would love to hear this pair play through this complete collection of songs in-person sometime, because if even a fraction of the energy they bring to these recordings were to translate well on stage, they could be unstoppable in a live capacity.

If what I’m hearing in Bonjour Tristesse is but a mere sample of what Tatiana Eva-Marie and Michael Valeanu can accomplish when they’re working together in the studio, then I think it would be safe to say that they’re going to continue scaling the hierarchy of independent jazz artists on the international level for the foreseeable future, both as solo players and as a unit. With any luck, this won’t be the last time that they throw their hats into the same ring, and considering the lack of purists maintaining the pillars of what made the jazz genre so incredible to begin with, I think that any upcoming collaborative efforts from this couple would be more than welcomed by critics, listeners and industry followers the same.