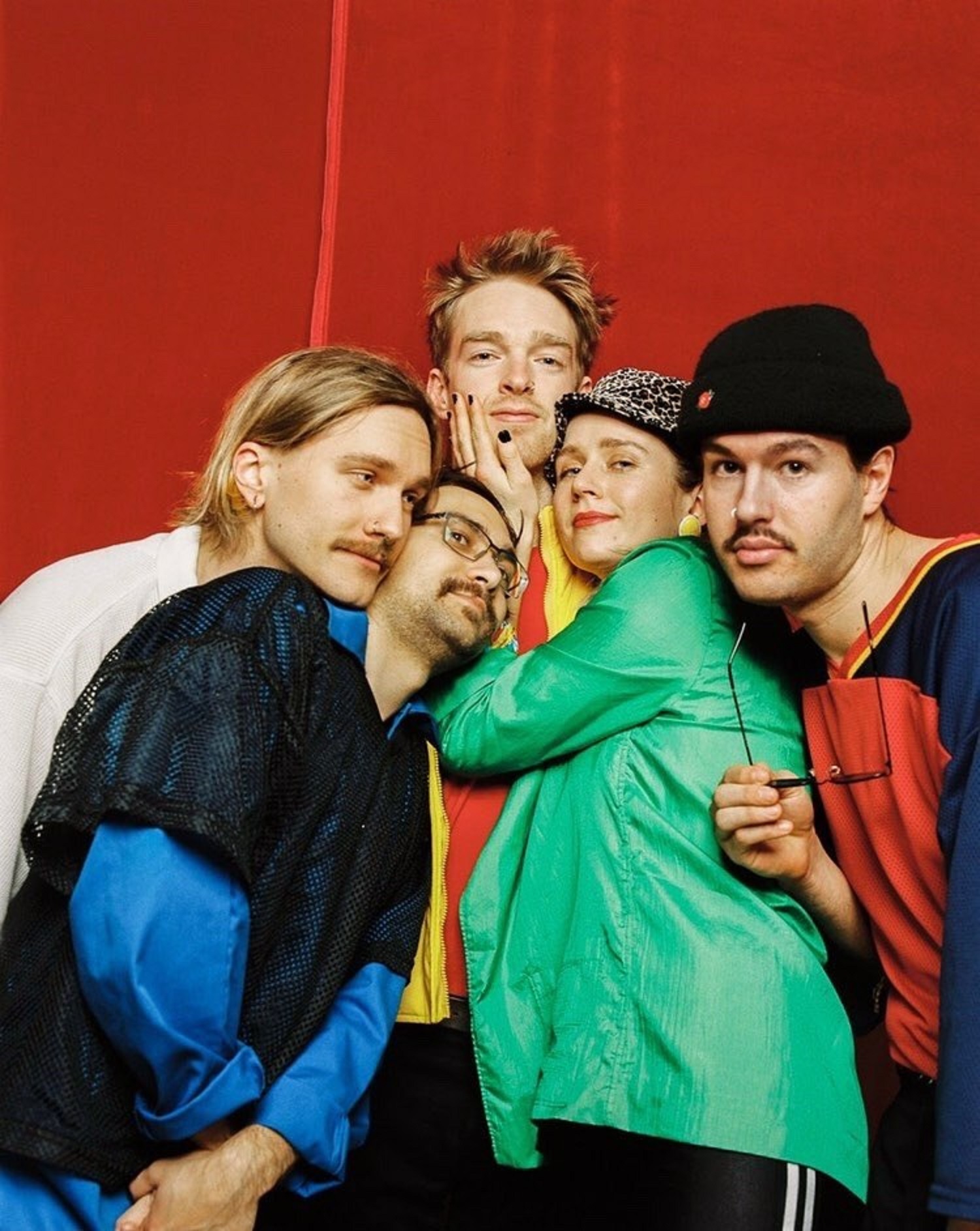 A neo-classical pop framework is joined with vibrant, psychedelic-chic melodicism in Bridal Party’s incredible new album Too Much, which is set to debut this Friday, August 23rdeverywhere that good indie music is sold and streamed. Featuring elegant sonic exhibition pieces like “When I’m Naked,” the swaying “Wells,” playful “Tylenol” and the utterly postmodern “Speak Easy,” Too Much corners us with layer after layer of refined minimalist tones that collectively form a fabric of harmonies that will shake even the most discriminating of audiophiles to their very core this month. Put simply, this record’s sound isn’t as boisterous as shoegaze, yet it’s a heck of a lot heavier than most indie pop and undeniably the product of pure, unadulterated originality.

“Jukebox Cutie” and “Attention” feature instrumental melodies that are almost overwhelmingly physical, but they’re contained by a conservative style of attack that Bridal Party utilize throughout the tracklist of Too Much. “Attention” is immensely evocative in its grinding fuzzy grooves, and arguably tells us more of a story through its eclectic textures than it ever does through its enigmatic, albeit captivating, lyrical lashings. The chemistry between the players here is phenomenal, and you can definitely tell that they’re not forcing any of the harmonies that they yield amidst these colorful beats.

I hear a slight post-punk influence in “Saltwater,” “Armour” and “Nectarine” that I would really love to see Bridal Party explore more in their sophomore studio album. There’s a lot of alternative elements to their style of play, but there is a little bit of hesitation on my part to brand them with such a broadly-defined label as indie rock. Too Muchisn’t the easiest record to categorize by conventional standards; whether it be the poppy title track or the psychedelic experimentalism of “When I’m Naked,” there’s never any predicting what’s about to come at us next. This is as eccentric a record as I’ve heard all year, and that’s putting it very mildly.

Too Much boasts a very slick master mix, but it’s totally devoid of the plasticized artificiality that comes standard with most any mainstream pop LP made in the 2010s. There’s no filter on the guitars in this album, nor is there any augmentation over the simple but angelic vocal stylings of singer Suzannah Raudaschl; Bridal Party intentionally left a couple of loose ends when they produced this material, and instead of making it resulting in a sound that is marred in inauthentic rebelliousness, it ends up translating as a dose of raw, uncorrupted pop/rock from the future.

Brooding, sinfully hypnotic and strikingly harmonious even at its most avant-garde, Bridal Party’s Too Much is a brilliant realization of this band’s signature sound and should be considered required listening among devoted alternative pop, rock and experimental music enthusiasts everywhere this August. From start to finish, this record doesn’t just stoke a reaction out of us with its larger than life melodies and cryptic crooning; it provokes a deeper level of thinking within anyone who happens to be within earshot of its reverberated rhythm. It’s a tremendously psychedelic affair and easily one of my favorite records set to premier before the month expires.