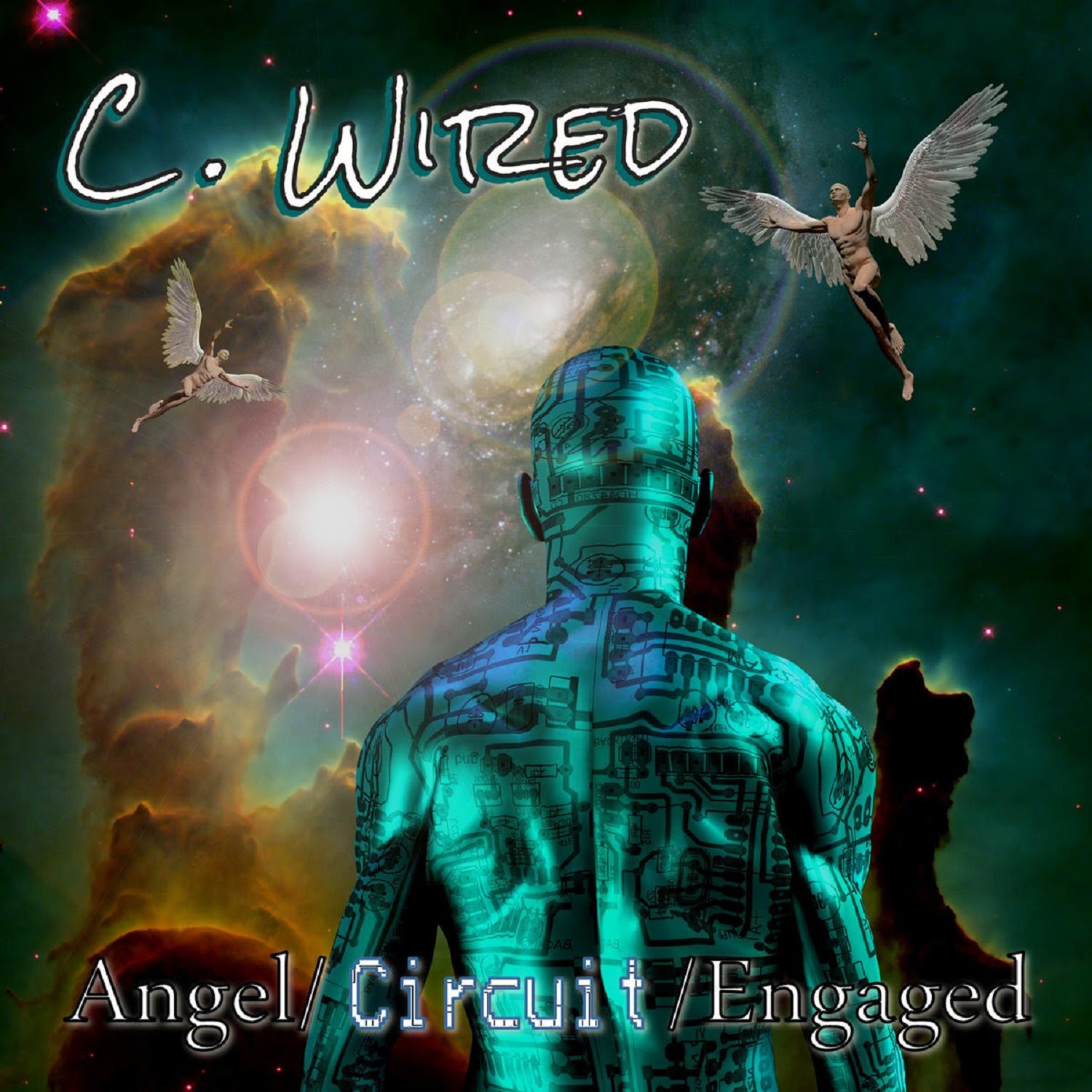 A glaring feedback penetrates the silence that prefaces “Climb the Mountain,” and while it’s only a hint of what is about to come barreling towards us at full speed in the opening verses, it’s sharp enough to warn anyone who doesn’t have the stomach for sonic destruction of what they can expect out of the whole of Cwiredband’s Angel Circuit Engaged. In songs like this one and the rumbling title track, listeners are invited to take a ride on a rock n’ roll rollercoaster that will take as many swan dives into surrealism as it will ascensions into heavenly pop/rock.

“Botticelli Baby” opens up cinematically and only gets campier with its interesting meld of eastern swing beats and more straightforward rock fuzz. It’s not the titanic juggernaut that the record closer “Little Sisters” is, which is ironic considering how much more sprawling the arrangement of the former is compared to the latter. “Little Sisters” is stripped down, black and white, punk-inspired thunder.

When I first listened to “Climb the Mountain,” I couldn’t help but feel a little perplexed by its stereophonic mix, which has all the capabilities of moving us with its undeniable physicality.“Angels Are Not Afraid of the Dark” is a lot more efficient in this respect. Cwiredband have so much color in their music.

This is an EP that I would seriously encourage indie rockers to get their hands on this season because of one undebatable gem that it contains; “Persian Woman.” In this experimental warhorse, Cwiredband dish out the devastating guitar parts that have earned them the respect of their peers, critics and listeners with an ear for smart alternative rock like myself. With any luck, it will end up being a formidable sample of what their next record will sound like, but even if it isn’t, it’s still the star of the show in this recent release.