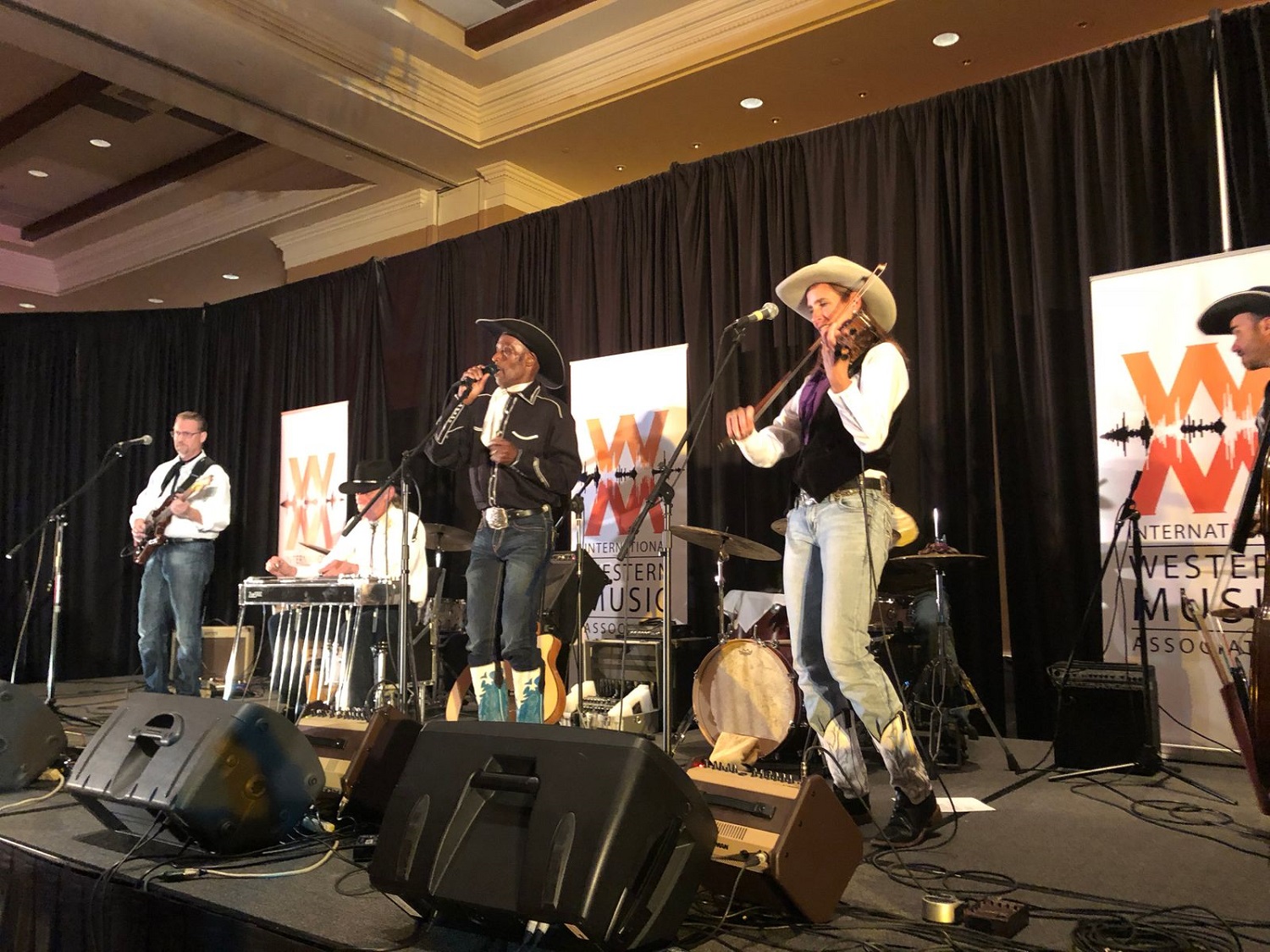 “I know wherever I go, I’ll take a little bit of Texas back with me” sings a passionate Carlos Washington in the new single “Little Bit of Texas,” the title track of his new album. Verses like this one are par for the course in this stunner of a song, and if you’re a country aficionado like myself, you don’t need a closer examination to hear the authenticity in every word. There’s no room for frills in this one of a kind ride into the heart and soul of the Lone Star State sound; just a man, his band, and a whole lot of love for country music grit.

There’s not a lot of depth to the bassline here, but then again, there’s really no need for any. There’s already so much swing coming from the interplay between the guitarist and the drummer you could definitely make the argument that an additional layer of bass tonality would have made the backend of the track sound too weighty and heavy for the style this crew is going for. Carlos Washington’s Steel Horse Swing are a lot of things, but one thing they aren’t is ignorant when it comes to compositional technique.

The mix in “Little Bit of Texas” isn’t super tight – contrarily, it’s pretty loose and streamlined compared to some of the other country singles I’ve listened to in the month of May. I think this was necessary to give the song that easygoing western feel, which hasn’t exactly been all that common in contemporary country music post-1980. Washington is reviving the spirit of the genre, and more relevantly, the formulas that gave it the necessary juice to relate scores of people – westerners, southerners and everyone else – to the music of an ancient land and the people who dominated it.

Of all the songs on the new album from Carlos Washington’s Steel Horse Swing, also titled Little Bit of Texas, this title cut definitely feels like the biggest identity track on the LP. There’s so much intensity on the part of its performers, and specifically in Washington’s execution, that if this wasn’t the case, I would be more than a little surprised. Every album needs a centerpiece, and for what I try and locate within any record I’m tasked with reviewing, this is undisputedly the gilded cornerstone of the complete piece from which it was originally cut.

If you haven’t heard Carlos Washington’s Steel Horse Swing yet, I think that listening to “Little Bit of Country” is one of the best places for you to start getting acquainted with their sound. There aren’t any menacingly complicated melodies to get around here, and where some country artists would be content to riddle their lyricism with politicized statements, the exact opposite is true of Washington in this song. This is country music that you don’t have to think about too much to get into, and for most of us, that’s what gives this track an edge above all its competitors in the emerging decade of the 2020’s.