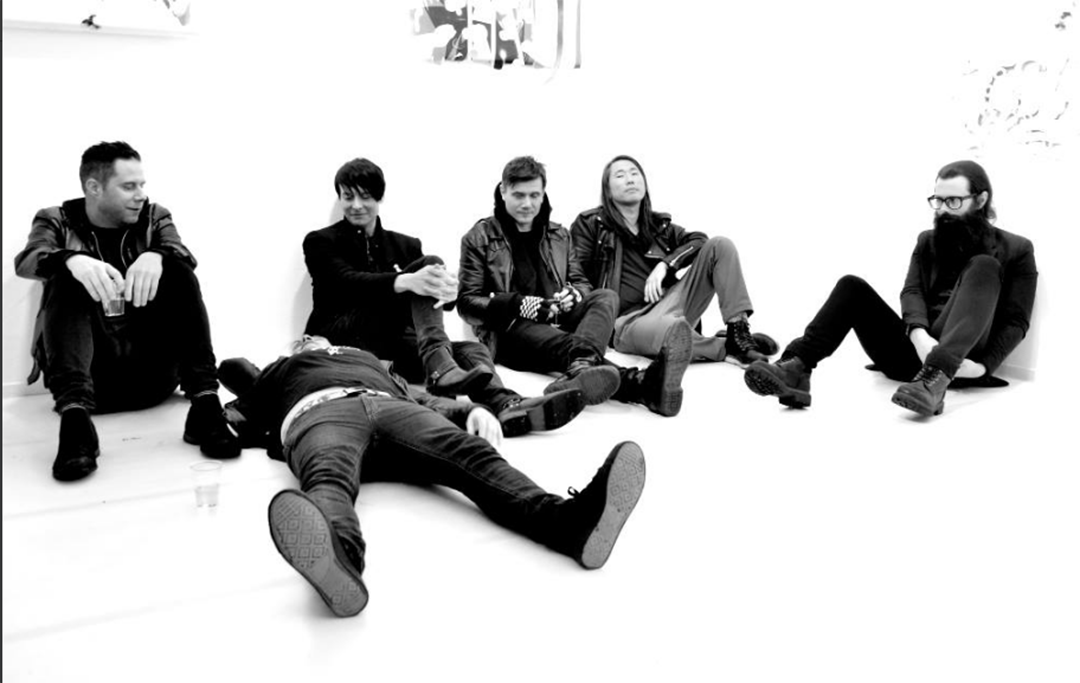 Catching up with The Exploding Boy

Swedish Post-Punk band The Exploding Boy is currently touring the US in anticipation to their upcoming album Alarms!,  due out on May 18th. The tour will bring them to Florida where they will play two shows this weekend, one in West Palm Beach and the second one in Orlando.

From Too Much Love we had the chance to catch up with Stefan, singer of the band, while on the road. They shared pretty fun facts abut their music, their story, and how the current political situation influenced their new songs.

It has been almost five years since the release of your last studio album. What do you think is the main difference between Alarms! and Four?

Well, the main difference is that we now have a spectacular drummer and a amazing bass player who really fills up the sound on the upcoming album. You might say that we now are a drum & bass band… without being “drum & bass”! Also I would say that, with all thats happening around the world – the rise of fascists ideas and authoritarian leaders in both Europe and the US – the new album is much more political than the last one. In the past we wrote dark love songs about heartaches and pain. This time we just felt that we had to address all the shit happening around us.

How was the recording and the songwriting process of Alarms!?

Not much different from before, some of us have some ideas and demos for songs and then all six of us will have a vote on which songs to record. The main or only difference is actually that this time we went down to a studio and worked with a producer. Before we had always chosen to do all of it ourselves. Perhaps a boring answer, but hey, the recording and songwriting process is pretty much just boring…

Is there any particular story or anecdote that you can highlight from the recording of this upcoming album?

To be honest no. Everything went very smooth on this recording process … Which might be the anecdote itself since we´re otherwise in all of our own ways six chaotic fucked up people in this band…

You guys have been playing together for over 10 years. What has been your biggest challenge as a band so far?

To get along… We have been in a constant hate and love relationship with each other. Everything has become much easier getting along since we became a six piece band though. Now you can slip away from the pack much easier…

How do you see the current music scene in Stockholm?

The music scene, if you just look at it from a concert/club point of view its kind of crappy, because every year are fewer venues to play at and the political leaders of Stockholm City don’t give a shit about live music. However, band wise, for the last decade it feels like the music scene is growing – at least the one for ”dark music”. There are a lot of bands coming out of Stockholm at the moment. Some of them are amazing, some darker and of course your usual pretentious assholes as well, just like the way a vibrant music scene should be.

And how do you see the state of the Post-Punk scene worldwide? Do you think there is a sort of comeback and an increasing popularity of post-punk bands?

I think everything goes around, and post punk was bound to have a comeback I guess. At the same time, hasn’t much of this post punk music been around for a long time? In a way I feel this ”comeback” of post-punk has just as much to do with that its trendy to call your self post punk now a days. Ten years ago it just wasn’t “cool” playing post punk. Now it seems like every regular rock band says that they are a post punk band just because they use some chorus effects on there guitars…

One of my favorite Exploding Boy songs is “Heart of Glass.” I used to have a radio show while I was in college back in 2010 and I played that song over and over again. What’s the story behind that track?

Fun fact. Heart Of Glass is actually the only song we created by jamming together. When we were a four piece band – Johan, Lars, Nick and myself – we were at Lars apartment studio getting a bit drunk, and well… Nick started playing something on his keyboard, Lars followed on guitar and me and Johan started to sing some different parts and it all came together in an hour or two. I would say it was the easiest of all our songs that we have put together… When it comes to the lyrics it self and so, to be honest, they are just words that fit together… Hmm. Don’t know if it was soooooo much of a ”fun fact”. But that is pretty much the story behind the song.

You are currently in the midst of a pretty extensive East Coast tour and I imagine you are playing in front of old fans but also many new ones. What do you want to transmit to the crowd when performing live?

Well, what we want – and what we hope people in the crowd feel too – is just having a great time. We wanna have fun playing, we want the crowd to have fun, we want everybody to go home with a smile and an adrenaline rush. In many ways when it comes to our live performances we are much more of a punk/party band if you compare us with the majority of bands in the dark wave/post punk/goth scene that just stand on stage looking down to there feet.

Your album Alarms! will be out in May. Any other exciting plans / news for 2018?

Well, there will be some touring during the autumn, festivals in the summer. And we would really get back to the States again of course. But the exact plan for 2018, that’s all on the desk of our booking agency and record label at the moment. We’re having our schedule full this weeks with trying to locate the best dive bars and cheapest beers from New York down to Florida.

Watch a video by the main support band for both shows, Miami based Astari Nite