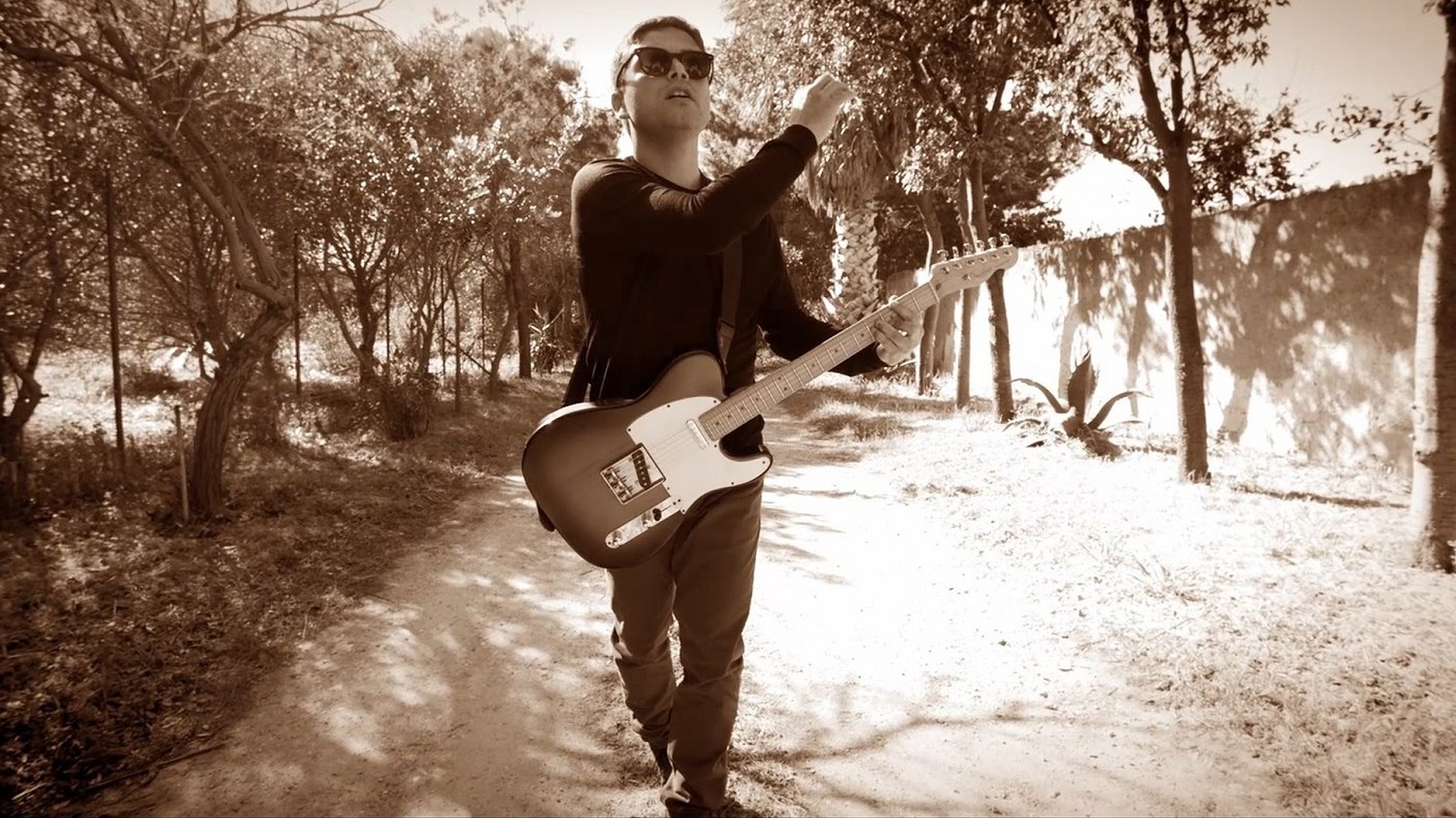 Putting to music what we dream can often take different paths for singer-songwriters. Some musicians put literal spins on the sounds or visions, and others like Italian artist Claudio Conti transport a listener into their own poetic atmosphere. Conti’s album Frail Boats explores the corners of the mind, spaces of the heart that only a sensitive singer like himself could accomplish.

Frail Boats has 11 songs total, and the album is a follow-up to Conti’s 2017 Garnet Dusk. What intrigues me most about Conti is his song structure; as a wordsmith he’s heavy on aloof imagery and fantastical, but riveting lyrical obscureness. At times it’s hard to decipher what he’s saying – partly because of his accent and partly because we’ve been trained as music lovers to have predictability and in his case, Conti is anything but predictable.

The first track, “Wrest” opens the sonic discovery in a balance of guitar, percussion and a music bed with quirky beats and rhythms. At one point he sheepishly sings “the world’s abandonment” and then another point  “the highest buildings block” and his prose signifies a connection between modern living and a humbled soul. He’s commenting on something as a society that we’re taking for granted, we’re abandoning. To say Conti’s voice is enchanting is an understatement.

In “That Strange Iron Star” his John Lennon influence and sixties love shines. The sheen on this song, compared to “Wrest” is bit more sprawling. The mood changes again with the third track, “A Distant Summer”. By the time track six (“Pull The Strings”) rolls around, he’s shifted the listener into layer upon layer of ornate piano playing fused with bright, warm guitars. The percussion creates shapes sometimes more in the garage band arena, or even jazz arrangements, but they are present. The drums are subtle, but present.

“Black Lace Dress” (track seven) and “Late October” (track eight) seem to hit another milestone in Conti’s long, winding story. Both tracks have a dreary, almost mysterious nature. In “Quicksilver” (track nine) and “Delphic Hill” Conti’s vocals sway the listener into that same cautious path – what is his viewpoint? What is he singing about? I didn’t quite grasp what he was singing about, yet I couldn’t loosen my grip on his voice. In “Delphic Hill” one of the lyrics is “lightly braided hair” and maybe he’s singing about a Greek goddess or lovely Greek woman.

Finally, in track 11, “Ninety One Poem” a gorgeous piano arrangement falls into place like falling rose pedals. “I lost something precious,” Conti’s voice sings, pouring his heart out. The piano in this song is just incredible and imagining it with any other instrument would have lost the soul of this song.

Fans of Conor Oberst, Dawes, 60s groups like The Beatles, Donovan, Bob Dylan, Neil Young, Ani DiFranco and even Bruce Springsteen will want to explore Claudio Conti’s discography. Frail Boats is an excellent avenue to get started on that journey – he’s soft spoken and carries a powerful, heavy burden of truth, love and imagination.