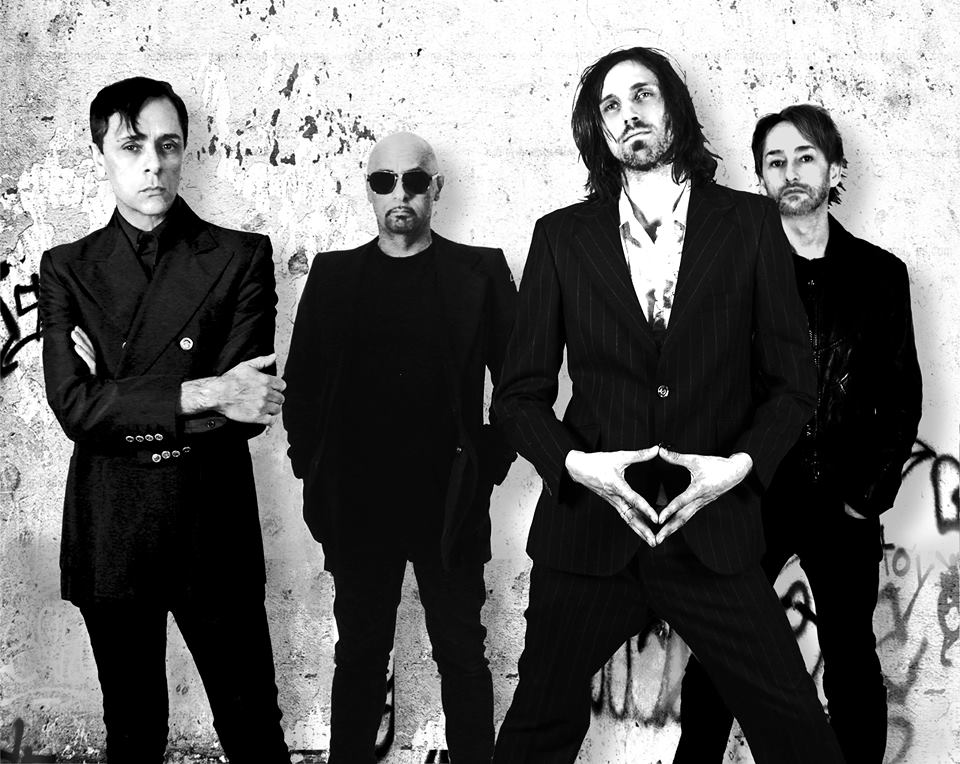 According to the band, “Black Mass” is an anti-establishment ode disguised as a dizzying after-hours club floor anthem. Vocalist Glenn Patrick’s pleas are barely restrained as it rallies against a feverish electro backbone fleshed out by pummeling drums, insidious riffs and chant hooks. The lyric is ambitious and attempts to cover big themes in a bite-sized chunk of dark indie rock yearning. It has all the flourishes of a pop protest song but with a shadowy, unrepentant heart. Think The Clash’s London Calling on steroids and you’re getting close. And beneath the apocalyptic blasts, there is a deeper craving, a song which is a call-up as much as it is a provocation.

‘We all got into music because of the connection it makes with other people, no matter where you are, what you’re into. Music is such a blend these days that an audience reflects that. We just want to get onto that emotional level with crowds, and with whoever gets into the music. It’s all give and take, and we’re looking forward to the possibilities that lie ahead,’ shares Glenn Patrick.