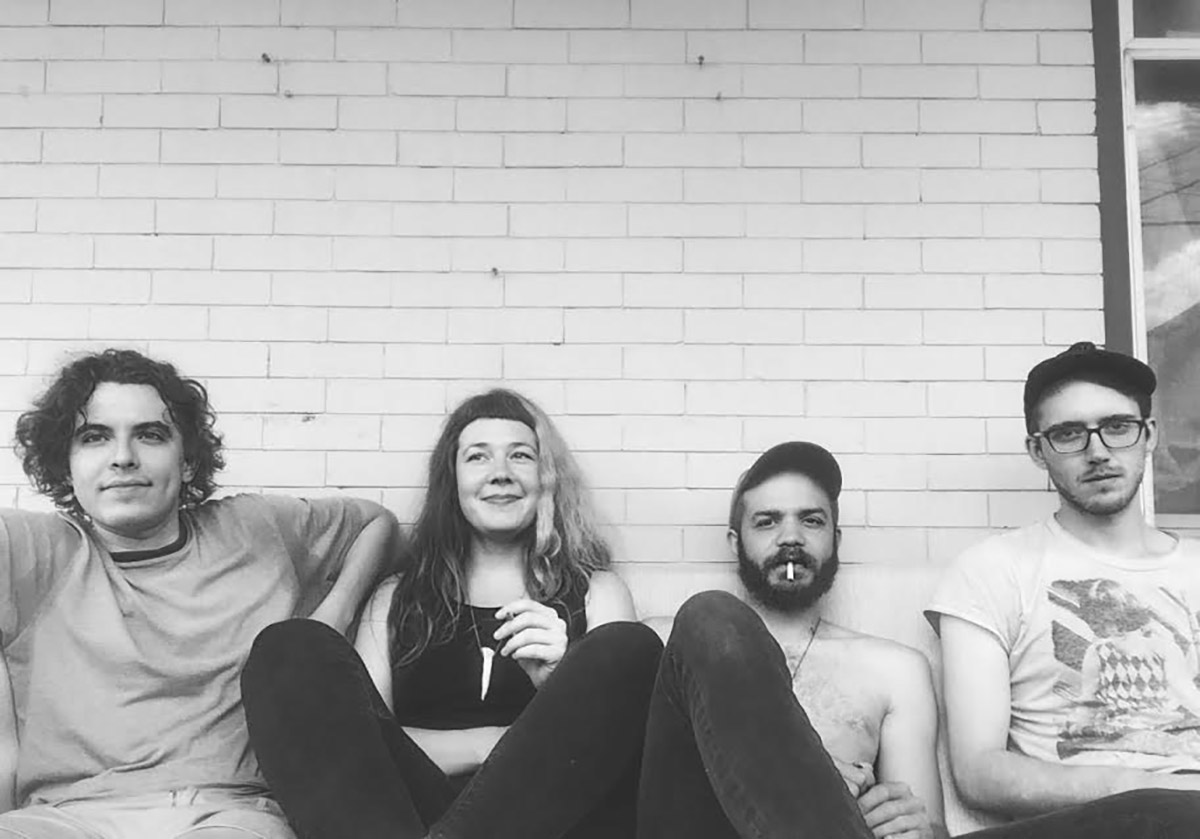 If you like Devendra Banhart’s music and psychedelic rock then this song by Comprador is your cup of tea. “Waves Hiss Forward” kicks off with dynamic keys and percussion; the guitars, vocals and rest of the instrumentation start adding to the core melody in delicate yet very harmonious layers as the song progresses.

“Waves Hiss Forward” is the third and last single that the Cincinnati based band shares in anticipation of their double album Downstream to be available digitally and on cassette via Dark Circles Records on May 18th. While the prior singles built on the band’s origins as a guitar-driven power trio, “Waves Hiss Forward” plays with the more diverse instrumentation made possible live with the group’s expansion to a quartet lineup in 2017. Live drummer / singer Charles D’Ardenne performs drums, bass, electric guitar, piano, synth, vocals and flute on this recording, and live guitarist Jon Delvaux added synth & mixed the song.

According to he band “The lyrics, within the album’s aquatic theme, address how time erodes memories, and the struggle to find significance in loss.”

Comprador is a psych rock quartet in Cincinnati, Ohio. Started by multi-instrumentalist and live drummer/singer Charlie D’Ardenne in 2013, the band includes Brianna Kelly on guitar/keys/voice, Jon Delvaux on guitar & voice, and Corey Waddell on bass. The band released a full-length album entitled ‘Pollinator’ in 2015 via In Store Recordings, as well as self-releasing three EPs. First conceived as a Wipers/Dinosaur Jr. style power trio, the band has recently expanded with the addition of Brianna’s keys, Corey’s slide guitar and Charlie teaching himself to play piano, flute, and bass clarinet, all of which appear on upcoming double LP ‘Downstream.’