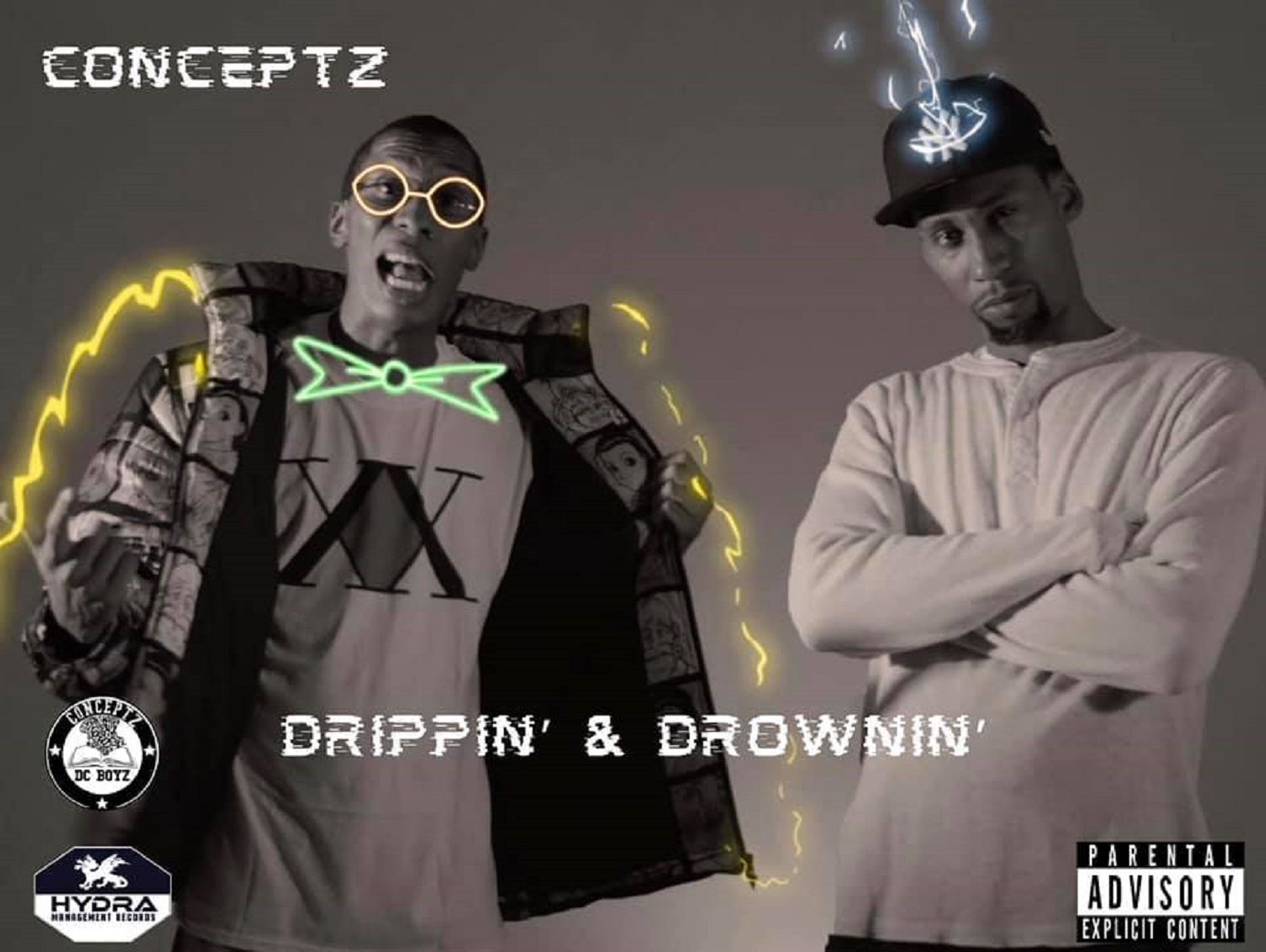 Conceptz’ Drops Some “Drippin and Drownin”

Conceptz’ “Drippin and Drownin” is exactly the kind of work that we need right now in the hip-hop scene and the music scene in general. It’s a work filled with distinct verses and personality, a certain level of ego, balanced by a sly sense of humor, filled to the brim with ego and hype. God, I missed this kind of music. It’s not a surprise to say that given the events of the last year and a half, it’s been tough on us. It’s been easy to be down and out and a lot of music has been widely reflective of that.

How do you get excited about things and flexing and stuntin’ on people if there’s no place to go. We’re now edging closer to the end of this ordeal and the first thing people are gonna wanna do is party and show off the outfits everyone has had no reason to wear for some time. “Drippin and Drownin” is the perfect build-up song and hopefully a song of the summer that’ll have some lasting power as the year progresses. It’s a tight beat that’ll speak to people who are finds of the type of Migos or A$AP Rocky, stripped back, not overly flashy, but something carries a distinct identity. It’s a track that you can tell carries the same amount of care that’s been in their various earlier releases since the duo has been at this for a while now with many singles and albums to their name.

The hook might be a little repetitive and might be a little overly familiar to those who are entrenched in the hip hop scene, we’ve been seeing a rise of the kind of semi rhyme (think “Walk it Talk it” by Migos) title and scheme in hip hop, not that it’s anything new, and it usually comes up more in the harder edge trap scene, but Conceptz utilizes it incredibly well. Producer “Short Fuze” adds such a polish to the track that makes it aggressive and laid back simultaneously, a testament to the ways he and Rapper “HighRowGlyphFix”(god, what a name) seamlessly build off each other. ‘GlyphFix’s verses are rapid-fire and always memorable and part of that is due to its structure of a memorable hook intermixed with complex delivery verses that when you finally catch up have this kind of schoolyard “Ohhhhh!” feeling that’ll make you wanna cheer.

Hopefully, the future album they’ve got planned will build off what they’ve crafted here. We need more party anthems and ways to hype ourselves up and Conceptz is doing us incredible service. They currently have on Spotify three variations of the track with the mainline standard version, an instrumental that’s great for those looking to chill to a strong beat, and the isolated vocals by “GlyphFix” that really allow you to process every bit. If you’re the type who’s fascinated by song construction this is a great example of learning how tracks are done and seeing two artists working in their prime before our very eyes.