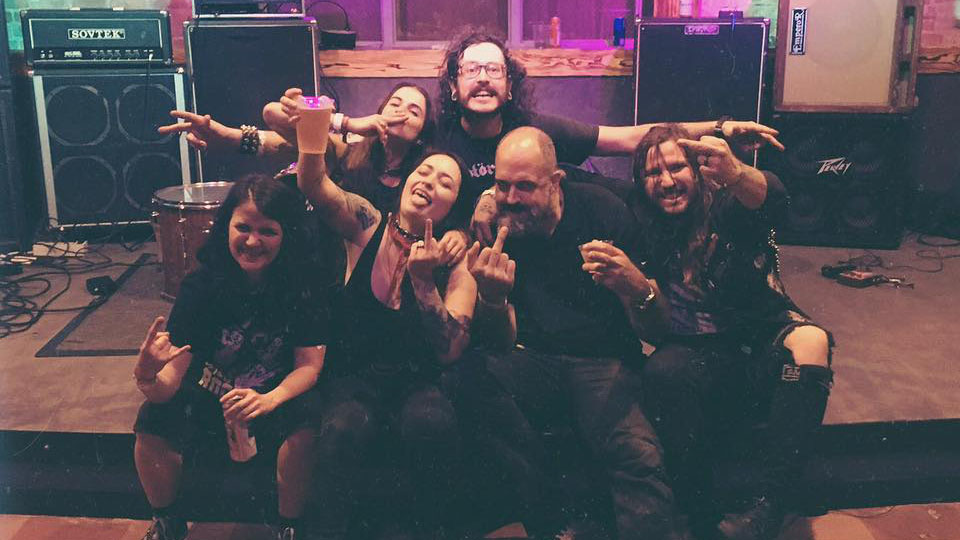 Crud and Holly Hunt are live, loud and loose this Friday!!

Local Miami metal heads have an appointment they probably dob’t want to miss this Friday. Local Death Doom Crust Whatever They Want powerhouses band Crud will be playing along with their friends and tour mates Holly Hunt (that play Cataclysmic Sonic Annihilation Doom by sheer massiveness).

These descriptions might not make sense if you have never seen either of these bands, but that is all the more reason to go see them for the first time.

It will also be Mariel’s (Crud’s drummer) going away party, and the last show that Crud will be playing locally in quite a while. This, added to the fact that there will be $1 tacos and Beer and Tequila shot specials  should be enough for any sane heavy music enthusiast to make the show top priority! We’ve had both bands on out sister radio show DeathbyTenny, and it was a great time!

And where will this be going down, you might ask? At the Traveler’s Lounge, at 4767 NW 36th Street, Miami. Just north of MIA airport, the prices and fun more than make up for the distance, if you’re coming from closer to the water. Also, Uber pools and their Lyft equivalent make it a doozy. No excuses, folks! Everything starts at 8PM! 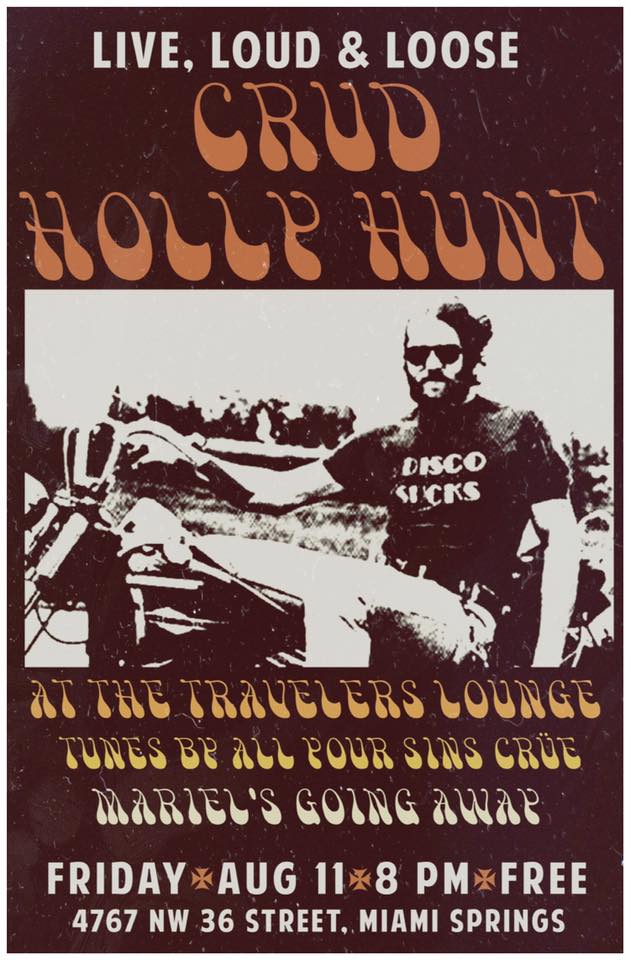