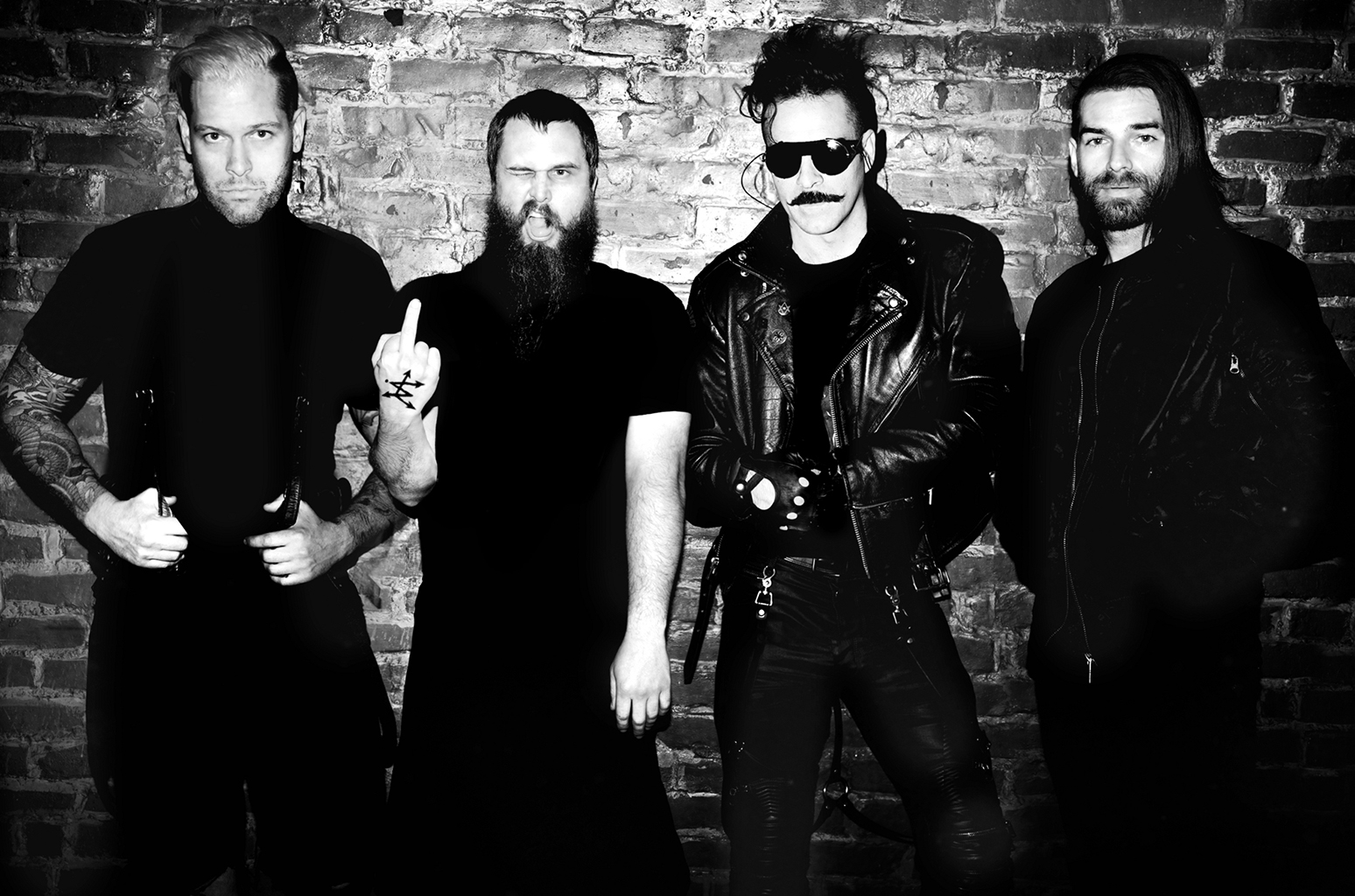 Dark Basel: A party for the other side of Miami

Despite Miami being predominantly known for its club and festival scene, the dark side of the city is alive and well these days, with a variety of events, parties and communities thriving of the Goth, New-wave, Post-punk and Industrial scene.

It is to these people that the Dark Basel event is catered for. Too Much Love Magazine (Miami) and Anti-Language Records (LA) teamed up to bring to Miami some of the best Industrial, Dark Pop and Goth acts of the season, all jut ahead of the cultural explosion that is Art Basel Miami and the Miami Art Week that surrounds it.

Headlining the event is 3Teeth, an LA based industrial outfit that has been making enormous waves in the musical scene this year, having been picked to be the sole opening act for the German behemoths Rammstein. Other names that have also taken 3Teeth on the road this year are the Danzig and HIM. 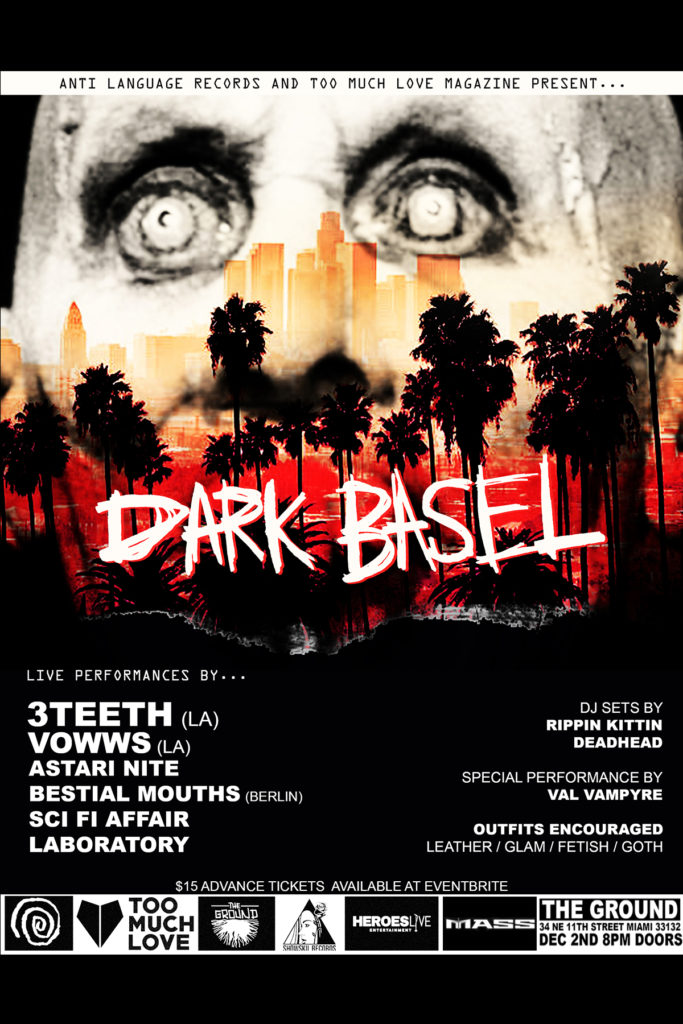 On direct support is the LA based Australian/Iranian duo VOWWS, that are well known for their of personal brand of dark electronic pop. Local post-punk outfit Astari Nite are joined by Bestial Mouths (from Berlin, Germany) to round out the second tier of the night. Opening the night are Laboratory, a new experimental industrial project by Ryan Carmody & Didi Aragon, and Sci-Fi Affair, an intense and melodic electronic duo fronted by Ft.Lauderdale native Danny Ae.

For the “cherry on top” of the night, Dark Basel is honored to present Val Vampyre, dancer and performer extraordinaire at Fetish Factory, who will be performing right before the headliners. Her acts have a reputation of being risqué, dark and hypnotic. Between sets, before and after the live bands, DJs Rippin Kittin and Deadhead will be keeping the event active and upbeat. All of this will be going down at The Ground (34 NE 11th St, Miami, Florida) which is right underneath Club Space. It boasts one of the best sound systems in Miami, and Queen’s famous line “We will rock you” probably won’t cover what is going to happen, sonically speaking. Make sure to pick up your advance (and cheaper) tickets here!

Here’s a selection of some of the most recent videos then bands on the lineup have released! Just enough to keep going, now imagine them all in one night! It’s going to be wild!

VOWWS (It says not official video, but we love it):

Lastly, we want to give a special mention to the people helping us make this show happen, in no particular order: Heroes Live Ent., Mass, Fetish Factory, The Ground, Showskii, Hexed Miami and many more!