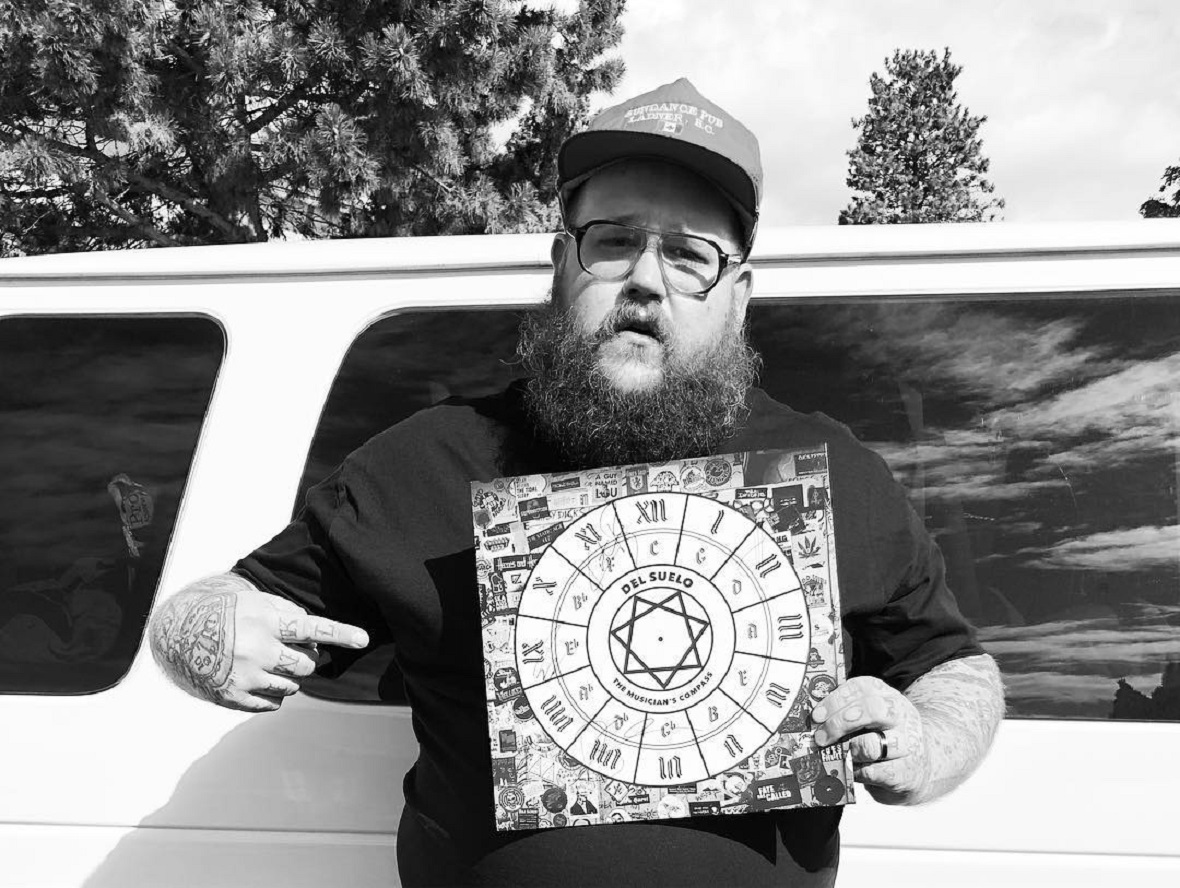 The life of a musician can often be a rather tortured existence, even if and especially when things couldn’t be going better in their career. Being the median between the music and the listener isn’t easy; it means existing in the sacred space between raw emotion and its expression. The few who are capable of surviving become legends in their own right, and even fewer among them are able to talk about their experiences the way Del Suelo does in The Musician’s Compass: A 12 Step Programme. Written from within and brought to an audience in need of its communications, it’s my nominee for best album of the summer.

Del Suelo has always been able to reach inside my chest and grab my heart with both hands, but The Musician’s Compass’ “Enter the Tempel” cut straight through to my soul. It’s a climactic point between acts in the story of the album, which runs in syncopation with Del Suelo’s new book, and for me it touched a nerve in my own life as a musician. Del Suelo clearly knows of what he speaks, and for those of us who have lived similar lives, some of his words are hit so close to home we aren’t prepared for the emotional consequences.

If you listen to The Musician’s Compass: A 12 Step Programme while trying to go to sleep (something I frequently do when listening to an album for the second time), you should expect to see a living movie unfold before your eyes thanks to the supreme audio production quality of this record coupled with Del Suelo’s tangible lyricism. The Canadian composer is flush with talent, and despite all of the acclaim surrounding his last record, I don’t think he’s really made complete use of his vocal and lyrical facilities until this album’s inception. It’s a step in the right direction, and exactly why I think Del Suelo’s going to be really huge in the next couple of years.

The central character in the plot of The Musician’s Compass is a fellow named Devon, and it’s impossible not to fall in love with his motivational endurance as he makes his way from one scenario to the next. Much like Del Suelo himself, who quite possibly could have been the direct inspiration for the character, we learn about him through his actions and his melodies, and over time what could be perceived as outsider behavior becomes endearing and relatable. The Musician’s Compassmight start off like an elegy, but it certainly ends in revelry.

If there’s a lesson in this album, I think it’s that we should all try to be humble and constantly be improving upon ourselves in the pursuit of happiness. There’s not a whole lot of selflessness in the world these days, and it’s leading us to fight a lot more than we should be. Perhaps if we all took a page out of Del Suelo’s book (literally), we all might remember how important our short time on this earth really is. I know The Musician’s Compass: A 12 Step Programme got me thinking as much; my gut tells me it will you as well.