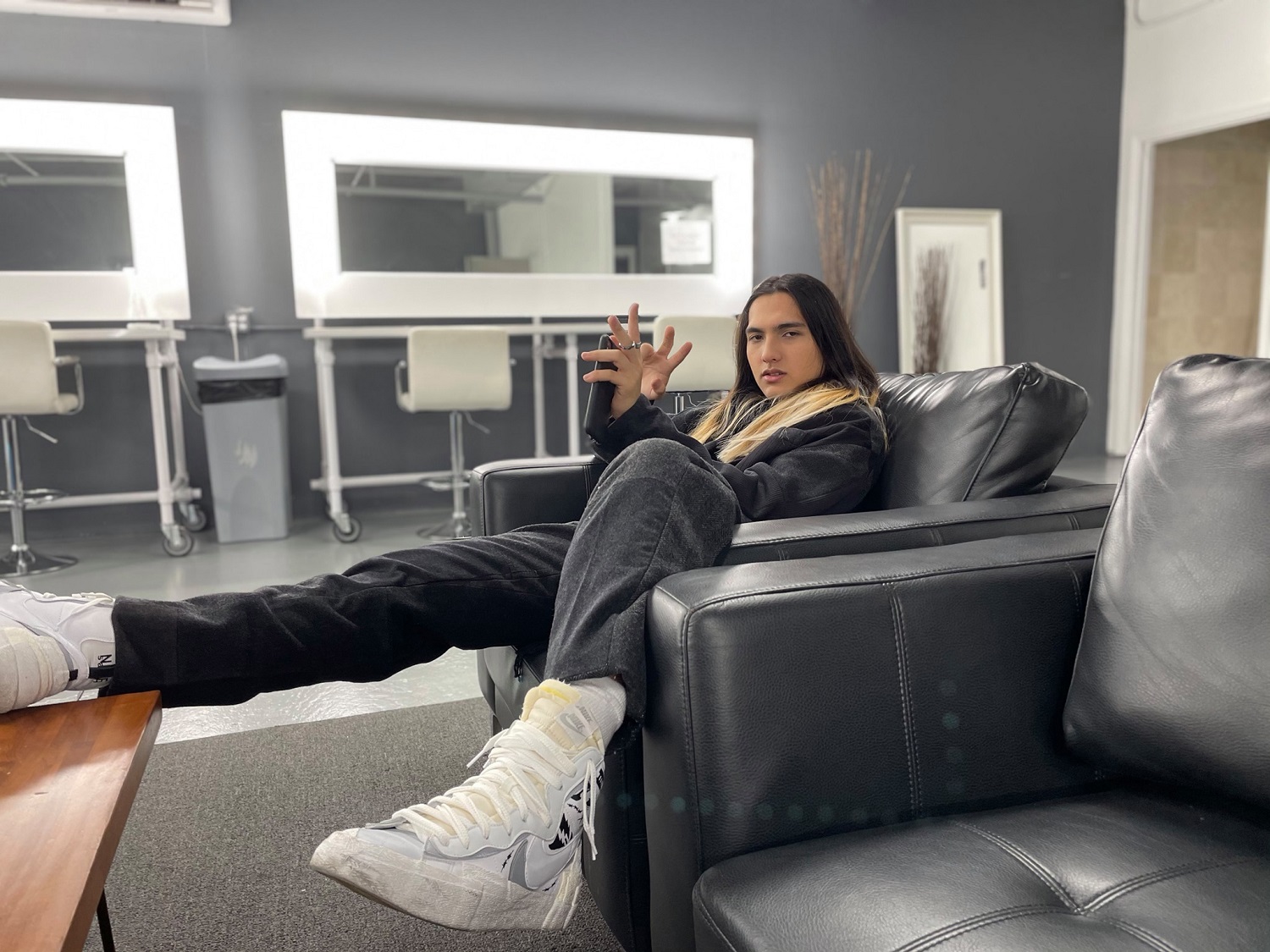 DICI is back with “Five Rings”

Straightforward songwriting is getting really big on all sides of the pop music spectrum right now, but if you’re like me and want something a little more unique out of your daily soundtrack this spring, the works of a young artist by the name of DICI just might be worth taking a look at. DICI’s new single “Five Rings” sports a plasticity-free performance from the melodic rapper that doesn’t verge on cringe-worthy when it comes to the implementation of a smooth pop hook, but instead charms us with the urbane quality of the harmonies that come slipping out from behind a shadowy groove.

There’s no denying the obvious here – these beats were designed to get the club crowd shaking their tails, but I don’t think this is their only purposeful function. They definitely add something to the emotional depth of the lyrics, especially as they’re presented through the singing of DICI. The chorus in “Five Rings” has a little more weight to it because of the harmony around it and the rhythm trying to force the lyrics and meloDICIsm together, which is pivotal to our understanding the authenticity of our player’s statements as they’re sung to us.

The remix potential with this release is huge, and whether centering on the vocal, the groove, the piano part in the intro, or even just the flow of the music in general, I think it would be wise of DICI to take this piece back into the studio and mess with it as much as he can simply for the sake of experimentation. He’s already shown us that he doesn’t have an issue toying with the limits other artists in his scene live and die by, and given the flexibility of his template in this song, it would be foolish not to see how many miles he can get out of it.

Though I love the rhythm component of “Five Rings,” I would be lying if I said that DICI needed anything other than his velvety vocal to humanize any lyrics he wants to sing or rap to us. It’s merely our good fortune that his voice has been partnered with as passionate a string of instrumental backdrops as it has been thus far, which isn’t to say he should start slacking in the writer’s room at all. His detailed compositional wit is what got him on the map at the beginning of 2021, and his ability to keep getting better and better with each release he stamps his name on will retain his value well into the next year and beyond.

I didn’t need to hear “Five Rings” to believe in the future DICI is laying out for himself and his music, but now that I have, I think the very notion of debating why he’s become such a critical darling in the past five months would be entirely redundant on every level. He’s constructing something unique that still feels somewhat familiar to the casual pop fan in all of us, and through his vibrant delivery of the lyrics here, he makes it known how profoundly invested in the medium he’s truly becoming.