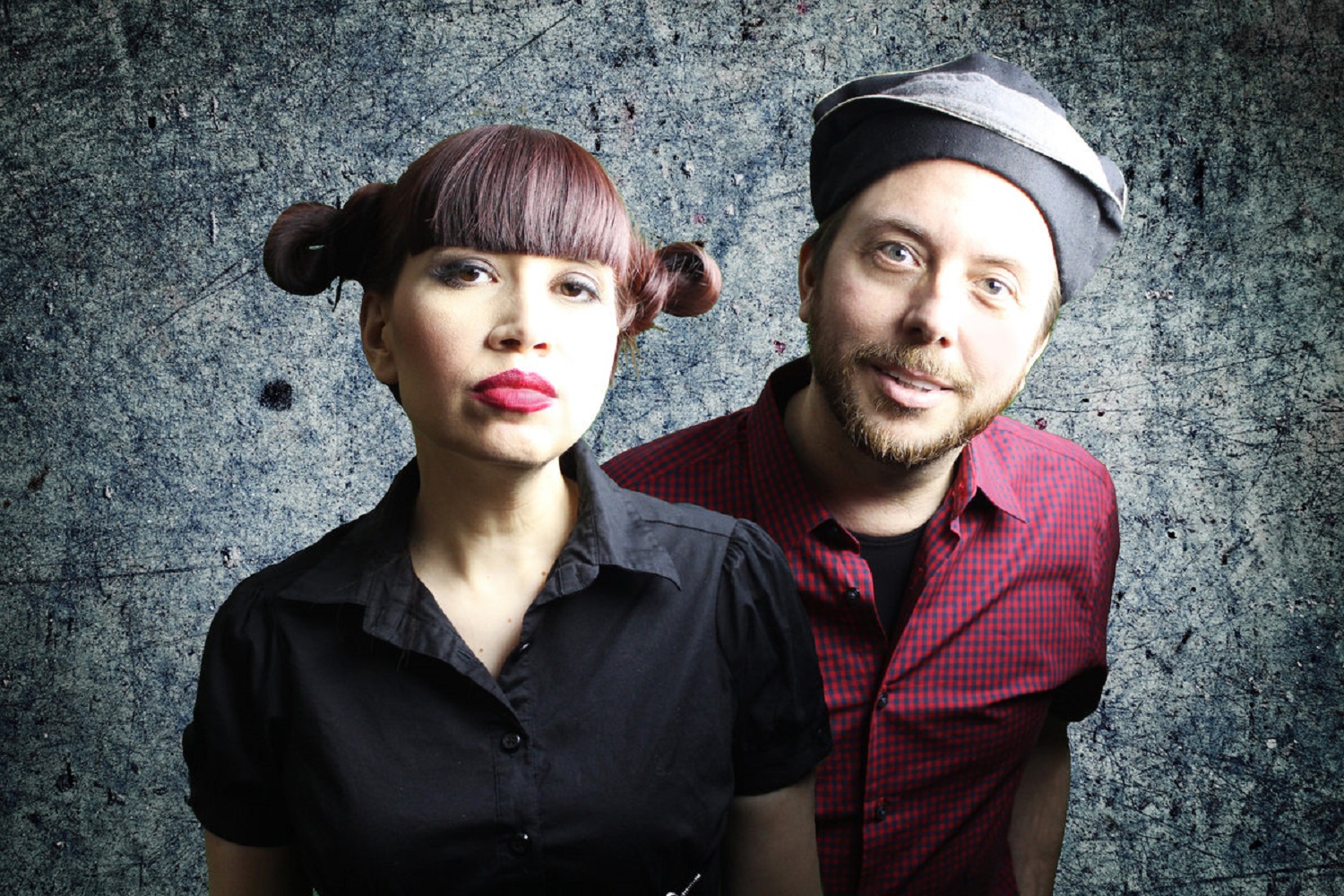 Neon grooves and brute basslines come together in a juicy juggernaut of melodic sounds in the new extended play from doubleVee, titled Songs for Birds and Bats. Due to be released this April, Songs for Birds and Bats has a very springtime feel to its content, with the blistering “Map the Channels” starting us off on a rollicking rhythm before sending us in the direction of the crushing “Goldstar Redux” and experimental “Landlord of the Flies.” While this EP is a little overindulgent for my taste in a couple of spots (namely grinding pop chorus in “Ladder for the People” and the scattered arrangement of “Last Castaways”), even its bloated moments provide us with plenty of intellectual and provocative fodder for a rainy afternoon spent staring out the window at a surreally wet world. Unlike what I’ve heard out of doubleVee’s contemporaries as of late, this latest release from the band sports a postmodern finish that isn’t generated from the instrumentation alone, and though I’m certain that they’ve got even more gusto in their sound than what’s on display for us in this record, Songs for Birds and Bats is still a worthwhile EP you need to check out this season.

To a certain extent, the biggest reason to give this disc a spin – at least for longtime fans of the band – is to enjoy the opportunity to hear how much doubleVee have grown since The Moonlit Fables of Jack the Rider. “Map the Channels” and “Last Castaways” are cut from the same vivid, hollow-point tonal cloth that their last album’s starring songs were, and in the complex “Landlord of the Flies,” amidst all of the somewhat unnecessary discord, we find a progressive nuance that was flirted with on the well-received debut affair from the band, but which was never completely realized in the whole of its tracklist. The metallic bite of that LP is, for the most part, missing in Songs for Birds and Bats, but in its place we find an electronic edge that almost sounds cyberpunk-inspired in “Ladder for the People” and “Goldstar Redux,” the latter of which serves as the most alluring draw on this release.

While it’s admittedly a consuming listen that might divide some of this unit’s most hardcore supporters, doubleVee’s Songs for Birds and Bats is a very gripping EP with a couple of memorably melodic jams from an organically talented pair of songwriters in Allan and Barb Vest. After seven years together as a band (four of which they’ve spent as husband and wife), they’ve really grown into an easily identifiable sound that is unique to their skillset and constantly evolving, and I have a feeling that we’ve still yet to hear everything that they’re capable of producing in the right recording environment. They’ve treated us to some colorful classics so far, and if they stay on the present trajectory that they’re on, I haven’t the slightest doubt in my mind that they’re going to find the stardom that they’ve been searching for from within the annals of the North American underground.