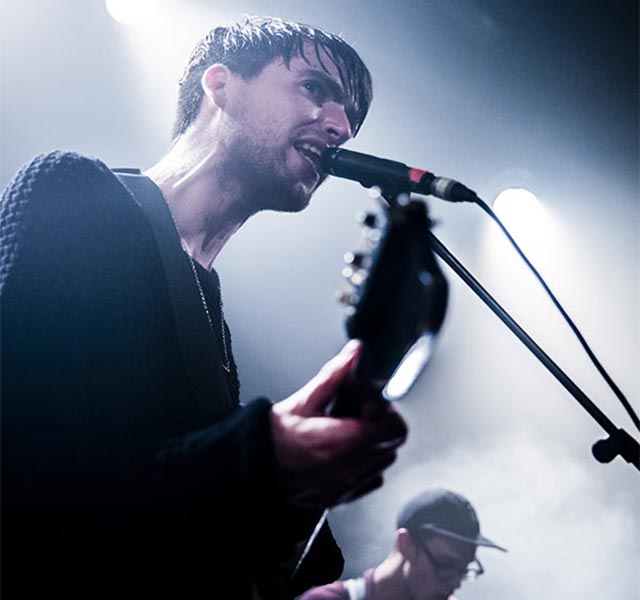 Essaie pas is comprised of Marie Davidson and Pierre Guerineau. Both are respected musicians in their own right – Marie having released two acclaimed solo records, with Pierre being best known for production work on underground Canadian musicians such as Dirty Beaches and Femminielli. Essaie pas was born on a hot summer night in 2010 – the mix of drawing guitars, français mumbles, and minimal electronics caught the ear of DFA Records, who booked the pair to open for Factory Floor on their first North American tour.

Their music is a blend of 80’s dark synthpop with techno, EBM and some hints of disco, combined with sensually-delivered lyrics that explore the themes of fantasies, obsessions, and the feeling of “The Void”.  The first time I ever listened to one of theirs songs I couldn’t help but thinking of Belgian duo Vive la Fete but with a way darker and grimy sound that makes Essaie pas’ songs unique.

Talking about their upcoming album Marie explains, “The title comes from a joke we made when going to bed one morning, talking about our plans for the next evening.” Pierre adds, “Night is a place of freedom, a place where fantasies and obsessions are not tied by moral constraints. It’s also a time where the feeling of loneliness is stronger and when emotions and memories arise, whether you are facing it or running away from it. I think the tension and sense of urgency on the record comes from that dichotomy.”