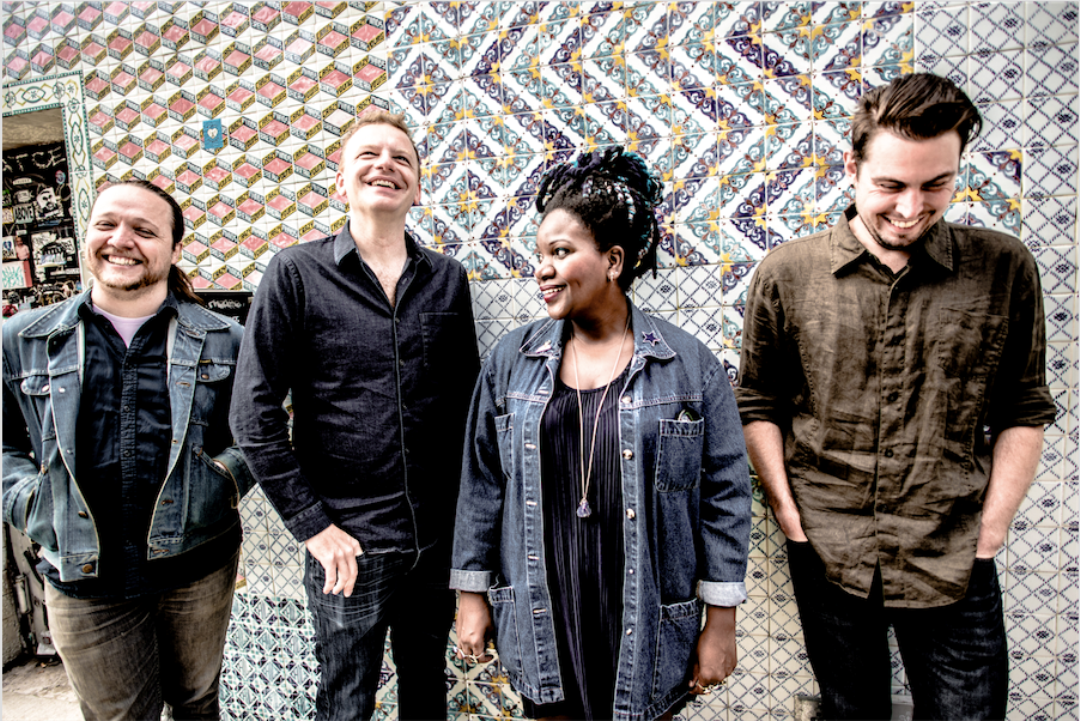 Kyle Evans’ musical journey from his childhood in the South, moving to Washington D.C., time spent overseas, and the previous albums from Echo Bloom produce results present in each of the twelve songs on the band’s new album Green. Echo Bloom covers a number of stylistic bases quite fluidly and confidently while also incorporating an artful amount of ambient sound that strengthens the dramatic qualities inherent to his songwriting. His band mates are talented collaborators, as well, and deepen these songs while never violating the profoundly personal spirit informing their creation. Green’s sound is best described as an alternative folk rock hybrid of sorts with an emphasis on melody and top notch vocals. The balance between the care taken with the album’s musical arrangement and Evans’ lyrical material is expertly handled and, as a result, few albums in recent memory emerges as fully rounded as Green.

“Comet” is a distinctly artful number with a light alternative rock edge that builds its effects on listeners over time. There’s a discernible path the song takes listeners can easily follow and Evans’ songwriting, as it has on earlier releases, shows a real talent for crafting memorable choruses. There’s a slightly dissonant edge to “The Duke” and it’s much more of a conventional alternative rocker centered on Kevin Salem’s guitar bite. Evans has proven his mettle as a rock singer on earlier releases, but his talents with the form continue to develop exponentially with each new outing. Keyboard player and second singer Aviva Jaye makes an important contributions to a number of tracks on Green and one of her most notable turns in tandem with Evans comes with the track “Song for Steven” that effectively, as well, mixes some of the band’s potential for hard edged guitar with Evans’ folkier inclinations.

There’s little question he knows how to build a song, but also how to tweak audience’s expectations. “Fire in Your Eyes”, in some ways, comes across as a sinewy alternative rock track, but there’s a number of understated flourishes in the song that pepper it with unusual flavor. The acoustic textures of “English Teacher” and “The Swimmer” are particularly useful for highlighting Evans’ perhaps underrated talents as a lyricist and how well his texts invariably complement the melody. It’s no small feat to couple these two instincts together without making a single misstep. He shifts gears for a final time with Echo Bloom’s final new song “Unchanged” and there’s some satisfying dissonance mingled in with the musical attack that it underlines the alt rock heart beating at the center of this tune. Jaye makes an important vocal contribution to this song, but it’s Evans’ especially emphatic singing performance you’ll take note of. It brings Green to the kind of close it richly deserves considering the quality of the preceding eleven songs and this effort should conclusively establish Echo Bloom as a stable lineup capable of great things in the future. They’ve certainly hit a new peak with this release.