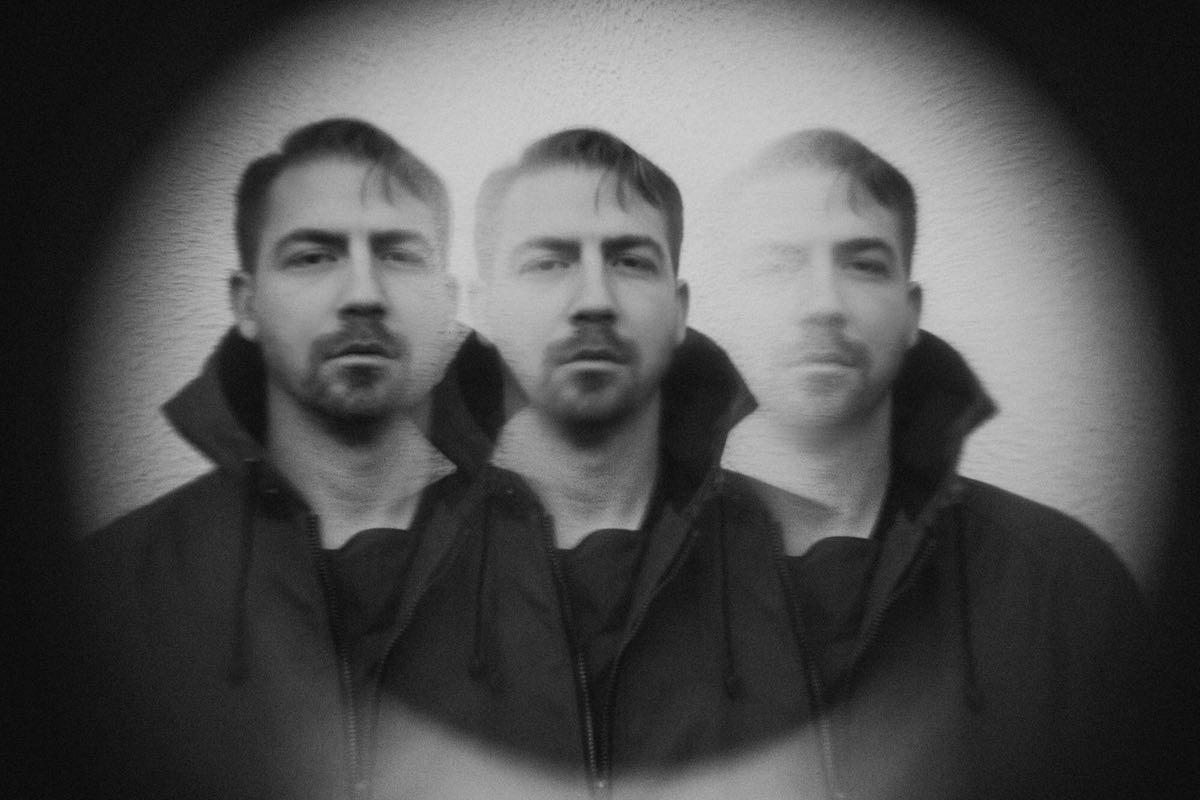 White noise accompanies a dark synth and a heavy bass rides distorted static. Experimental sound design in shape and sound surrounds us, as ethereal diamonds cross your path before a voice enters. Alexander’s vocals are heartfelt and sit within the wave of sound like a message in a bottle. Modern in tone and texture, his vocals also carry a familiar weight, similar to old Bon Iver. As if we’re walking down a rainy street with him, Alexander’s composition of ‘Unravel’ is as much an experience as it is a song.

“So when you come back, we’ll have to make new love.”

Collaborting with a visual artist for this release was only appropriate, and Alexander seems to have found the perfect counterpart. Last year, the festival Broke LA introduced him to a videographer named Karina: doing live visuals for one of the performers, she was filming them with a VHS camera then playing around with the color and feedback with analog gear. Alexander was sold. The right amount of tension makes this video both retro and modern, as eerily vibrant waves seem to mimic the sounds. Alexander stands in the middle as we experience an ambient sound bath, the colors washing over us in perfect harmony.

Alexander’s cover is his way of showing gratitude to one of his greatest inspirations. Calling her the “master teacher,” he says that Bjork is “unafraid and raw. Uncompromising in her art. It gives me the courage to do my art with the same bravery.” Roughly a decade ago, Alexander recalls a moment that he’ll never forget; walking through the streets of Zurich one Christmas, he remembers listening to ‘Unravel’ as if it were a dream.

“I got to a place I thought I wanted to get to,” he says. “Then I got there and realized there is no destination, anyway.”

Though filled with grace for his previous experiences, Toronto musician has been dead set on composing electronic music long before the pop world scooped him up. Coming off the success of his former band, Magic!, and their hit single “Rude,” drummer / vocalist / producer Alexander Vincent is delivering a personal sonic statement that’s been boiling inside him for years. Working in that realm, and collaborating with artists like Sabrina Claudio, has only deepened his relationship with the nuances of fine, electronic music. The secret to good, vulnerable music, he tell us, lies in the willingness of a musician willing to stay completely open and let their work engulf us completely.

“I think that’s why I like Björk,” he continues. “Sometimes you can hear her music is made with computers, but there’s still something so human about it. Maybe the issue with some of this electronic music we don’t fuck with is that it sounds devoid of human touch.”

Alexander’s music is certainly human all over; the composer leaves traces of heartfelt emotion all over his repertoire. His recent performance at the Bootleg Theater found him alongside a string quartet, sitting at a keyboard with an acoustic guitar in his lap. Its genuine expression, no matter what he releases.