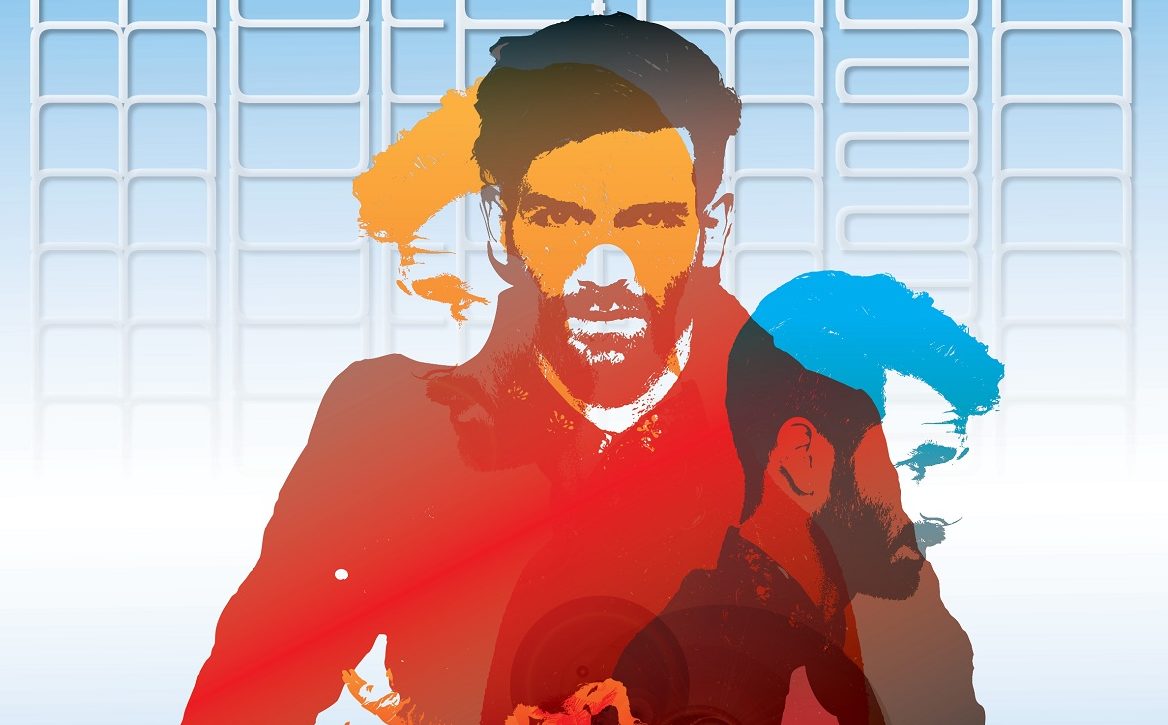 With the buzz of amplifier feedback warming the atmosphere around them, Elsewhere lays into the first, self-titled track of their new extended play Multi-Man with an urgency that is not unlike that of an incoming army storming onto the battlefield. The guitar jukes and riffs over the cavernous echo of the drums, and if we’re not careful we’ll almost certainly be swept away by the electrifying wave of intensity that is being generated from our speakers. Any notion that Elsewhere might be slowing down after two plus decades of rip roar rock n’ roll destruction is instantly dashed by the muscular beat of this song; in fact, this Bostonian punk outfit is turning up the heat higher than ever in Multi-Man.

Emerging from the ashes of the opening track’s massive chemical fire, “(We’ve Got a) Moment” takes shape out of freeform synthesized clouds before our very ears and evolves into an all-out pop-punk anthem before we’ve got the chance to even realize what’s just transpired. Elsewhere are a progressive band at their core, but Multi-Man flows in such a streamlined manner that if you’re not paying attention you just might miss out on a healthy chunk of their elaborate use of detailed texture. “Moment” swings much more than track one, and its irreverent stutter step between fast paced punk and modulated space rock makes for one of the more charming rhythms I’ve ever heard from a non-R&B artist. Despite running less than four minutes, this song felt like the most anthological of the record.

The slickly psychedelic “Codependency” rounds out the third piece of original material on Multi-Man with an almost bluesy swagger that comes filtered through shiny bright jangle pop. The vocals are as desperately yearning as Ozzy Osbourne’s trademark howl during his tenure in the original Black Sabbath lineup, but the instrumentation itself is born almost purely of shoegaze’s affectionate love of white noise. There’s a duality in this track that tells me Elsewhere are starting to move towards a more ambient direction compositionally, and it couldn’t sound much more complete than it does in this song. Following up “Codependency” with a cover of “Don’t You Believe Me Baby” by The Police was a great juxtaposition of future and past as well. Elsewhere leaves no detail of their records unexamined, and it really makes a difference in the finished product.

Multi-Man wraps up with a reworked version of its title track intended for radio play, which this entire EP is definitely going to get a lot of when it’s released at the end of August. I don’t think that Elsewhere is going to remain in the college radio spectrum exclusively for long; Multi-Man is a record that has the bones of a mainstream pop EP but without any of the annoying filler that separates the candy acts from the genuinely gifted artists among us. If the band is able to continue to produce music that is on par with what they’ve done here, it wouldn’t surprise me if I’m still writing about their music another ten or twenty years from now.