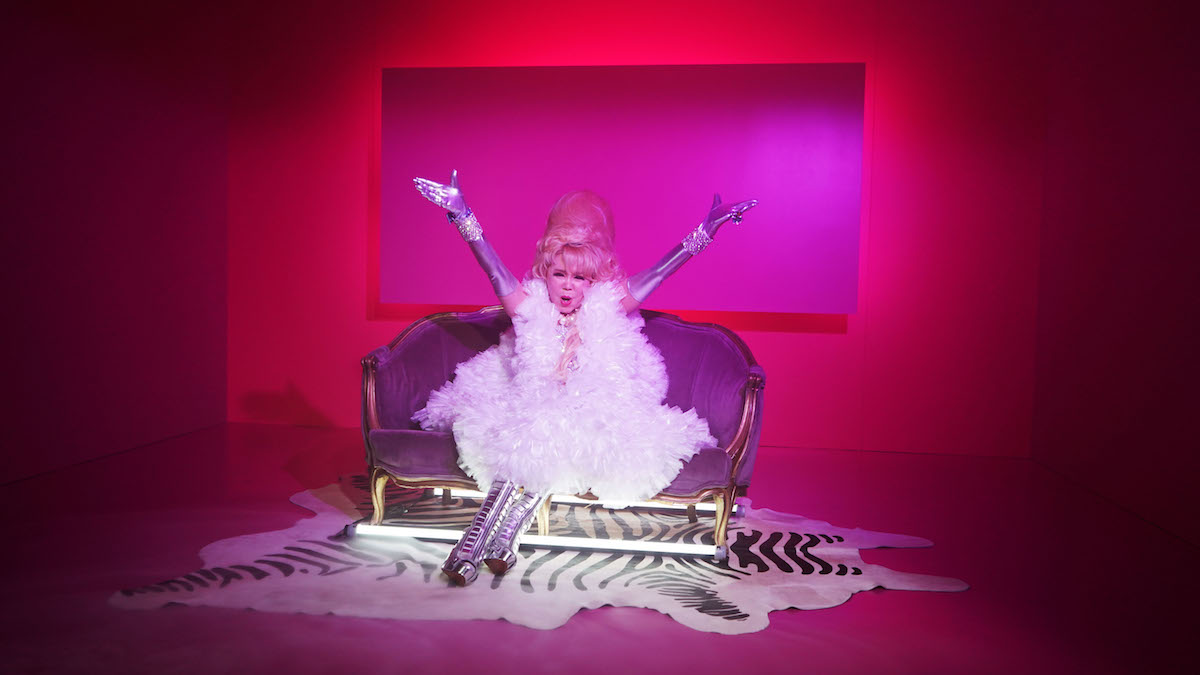 Why does a prosperous 65 year old Japanese woman, CEO, best-selling author, and fashionista that owns a ticket for a world view in space decided to start a rap music career? It’s really pretty simple: “I knew I had to pursue a career in hip hop after having a vision where a white dragon spirit persuaded me to fly to Hollywood and start my rap career.” She invited that dragon to be a part of her music video.

Japanese icon, Emiko Shibamura, is 65 and owns a plot of land on the moon. She has been thriving off her multi-billion dollar health and beauty enterprise and her teachings on business have been published for decades. According to her instagram she’s “never been happier.” But Emiko just entered the music scene with an enormous smile and in platform heels escorted by space monsters; anything that came before her can gently slide away. This vision that led her to form the next chapter of her life is colossal, extravagant, and brilliant. And in true Emiko fashion, she pulls it off wondrously.

skeleton dragons with fire in their eyes;

this is Emiko’s new world enterprise…

The video starts off by featuring the fantastical cast of characters and their names on the screen, such as Lipstick, the pink three eyed monster; or Firahz and Jimmy, the blue men who cater to a beaming Emiko’s every need. She is the flamboyant, jubilant queen who, within the first minute of the video, undergoes at least 3 costume changes. A Madonna record makes a cameo, which feels appropriate in this flashy, fish eyed, sci-fi fantasy world.

As a presence, Emiko Shibamura is passionate, ambitious, encouraging and artistic. If you read the subtitles in the video (or if you speak Japanese) you’ll find that you’re actually getting free business advice! Shared by celebrities like Ludacris, Charlie Sheen, and Akon, the video has well over 1 million views. I think we’re all a little obsessed with this new Hollywood queen, who’s magnetic smile and upbeat persona are a breath of fresh air in this wild, wild world.

Binge her envious outfits and get free advice by following Emiko on Instagram.