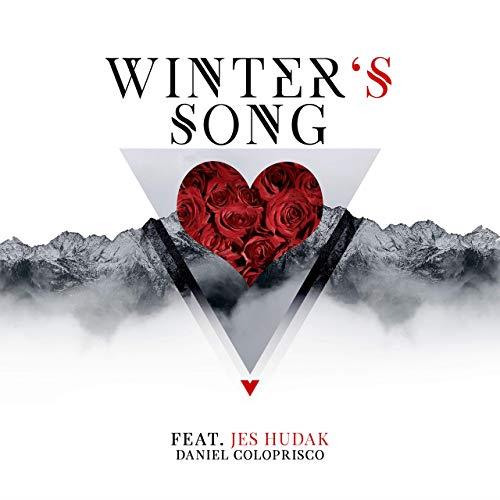 In a pair of dazzling new studio tracks that comprise his new EP Winter’s Song, Daniel Coloprisco gets a little experimental with vintage tonality and enjoys some fantastic results. Joined by singer Jes Hudak on the title track, Coloprisco doesn’t hide behind any frills or cheap artificiality in Winter’s Song, but instead embraces an organic melodicism that has been attracting people to classical music since the creation of the keys. This is a pretty simple extended play, but it’s definitely a record that I would recommend to listeners who are looking for something stately to add to their spring playlist.

The title track blossoms into a powerful ballad over the course of roughly three minutes, and everything within the structure of the song centers on Coloprisco’s exquisite piano play. As great a voice as Hudak has, there’s never a moment where her performance trumps that of her counterpart’s, who manages to communicate what feels like half of a novel’s worth of words unto us without ever uttering a single syllable from his lips. His piano is doing all of the talking for him, and it’s got a precious simplicity to its tone that even the most discriminating of music critics would have a hard time rejecting.

Lyrically, Hudak adds a lot to the magnetizing melody that occupies “Winter’s Song,” and I would even go as far as to say that she’s the reason why it makes sense in a pop setting as well as a classical one. She isn’t texturizing the music with her verses exclusively; in the smoky timbre of her vocal, she’s able to translate what was once an inexpressible emotiveness without having to rely too heavily on rhythm and rhyme.

“A Touch of a Feeling” joins the title track in Winter’s Song EP, and in many ways, has more of a story to tell than its lyric-driven sibling song does. The essence of this instrumental is tucked within the sleek play of Coloprisco, who applies a lighthearted swing to the melody and brightens up the darkest of corners in this mostly major key brooder.

If this is any sort of indication as to what we can expect out of future releases bearing Daniel Coloprisco’s name, then I must say that I am really looking forward to hearing more of his work. In Winter’s Song, he goes as deep as an instrumentalist can go without falling back on predictable concepts, and in this day and age, that’s a lot more than critics like myself could hope to ask for. He’s got a handful of peers that might be able to compete with what he’s dishing out here, but make no mistake about it – Coloprisco is a one of a kind artist.