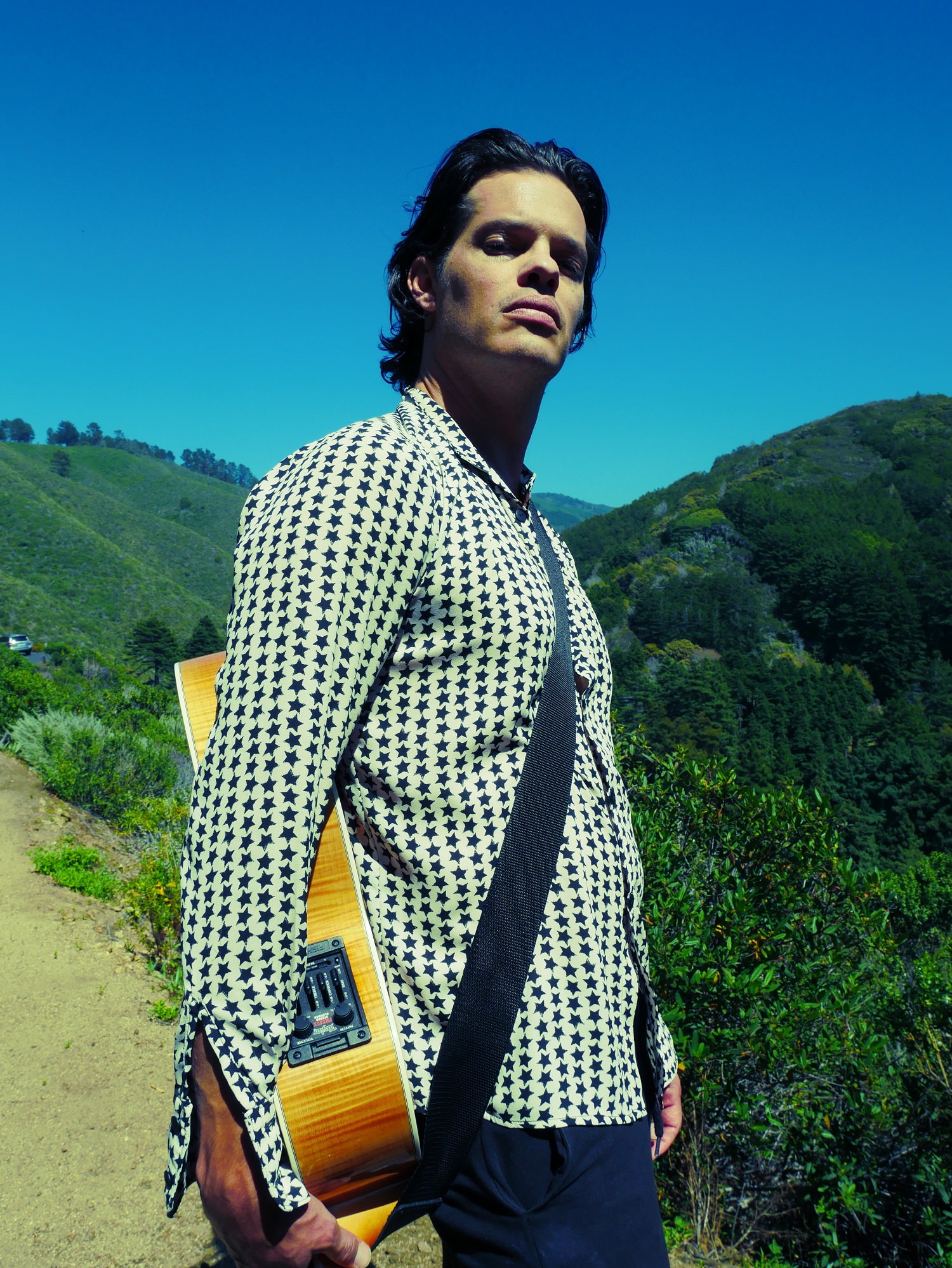 Hi Avatari! Great to have you here today!

Great to be here!

The “Light It Up” music video is amazing! What was the creative process behind the video?

Hey, thanks! Yeah, I’m proud of it. And I’m proud of my wife for making it. My wife is an actress, a writer, a former ER nurse, she’s amazing at gardening, interior design, and photography, not to mention being an incredible mom to our three-year-old son. Basically, everything she touches turns to gold. So I needed a video for the release of my song and she said “I have an idea.” I said really what is it? She said, “don’t worry about it.” Even though she’d never made a music video before, I had zero doubt that she would come up with something incredible. We talked about the meaning of the song. For me, it’s about getting free from demons, about breaking the chains of feeling isolated in the world. About the discovery that underneath all of our “differences” – we are all brothers and sisters. And that the only way to get through the darkness is together. She went and created this video and came back to me and I was like “ok that’s absolutely perfect.” It’s not at all what I’d envisioned. But that’s the cool thing about collaborating on a music video with someone so creative. An artist can hear a song and take the visual interpretation in a completely unexpected direction. The main thing is that she captured the essence of the song. And breathed a whole new life and story into it.

Did you have an idea of how you wanted the video to look before filming?

The only thing I knew was that I wanted the verses to be dark, and gritty and contain images of intense personal struggle. And then for the choruses, I wanted large sweeping images of freedom and exhilaration. What I didn’t see coming was the incorporation of dance and dancers into the story of the video. It’s something that Abigail (my wife) brought completely of her own creative intuition. When she pitched it to me I was like “iiiii don’t know.” And she said, don’t worry I got this. And the funny thing is – like many times in life where I have an aversion to something but I try it anyway, it winds up working out better than I could have imagined. I’d never seen the potential for that dance element in the song. Maybe because the groove is mid-tempo and not super upbeat. But then again, hip hop is usually mid-tempo and it’s some of the most danceable music in the world. So I stand corrected. I love when I’m wrong.

What is your favorite thing about making/creating music videos?

Kind of what we’ve been talking about. I love being surprised. I love when I get to hand the song to another artist whose vision I trust and respect, and I get to give them the power to come up with their own interpretation of the song. Then I get to see what my music makes someone think and feel, and it takes on a life of its own.

What is the hardest part of making and creating music videos?

Generally, it’s the logistics of production. Usually, the combination of a super quick turnaround, a shoestring budget, and a guerilla filmmaking scenario makes music video production really intense. It also can be part of what’s so fun about it. Kind of like those 48-hour movie challenges where a film crew has to throw together a movie from beginning to end in a weekend. That’s an extreme version of it, but sometimes that’s how it feels.

Can we expect more music videos from you in 2021?

AB-SO-LUTELY. I already have my next video ready to go. It’s for my follow up single Superhuman and I shot it right before the pandemic and the lockdown happened. My close friend David Maurer, who’s an incredible filmmaker, directed it (he’s a film and TV editor by day and has worked on all sorts of huge television shows – Absentia, Startup, and most recently the Masked Singer). He heard my song Superhuman and got this amazing idea that involved puppets and an 80s theme – à la Stranger Things/Back to the Future. I said – wow that sounds like fun, but how the bleep would we ever pull that off. He said I got this (kind of a theme). He looped in his puppet-making friends at Swazzle (they created puppets for the Dark Crystal, Crank Yankers, and for the Panic! At The Disco video for “Hey Look Ma, I Made It” ). I’m not going to give away too much, but if you dig puppets, aliens, BMX bikes, and movies from the 80s – this video is for you.

Is there anyone who is inspiring you right now?

I’d have to say my three-year-old son. His curiosity and imagination are blowing my mind every single day. And he is absolutely fearless. He lives life with no filter, and everything comes straight from his heart. I want to be like him.

Do you do anything special on premiere days? Like eat some cake or do a “cheers” with your drink of choice?

I don’t but I totally should. I’m kind of all business, but I need to remember to celebrate. That being said, I usually do a livestream on release day to connect and celebrate with my fans. It’s great because they’ve just listened to the song for the first time and I get to hear their reactions. It’s pretty cool.

Please tell our readers how they can stay up to date with your latest releases!

The best way is to follow me on IG –  https://www.instagram.com/avatariworld/

Thank you for your time!