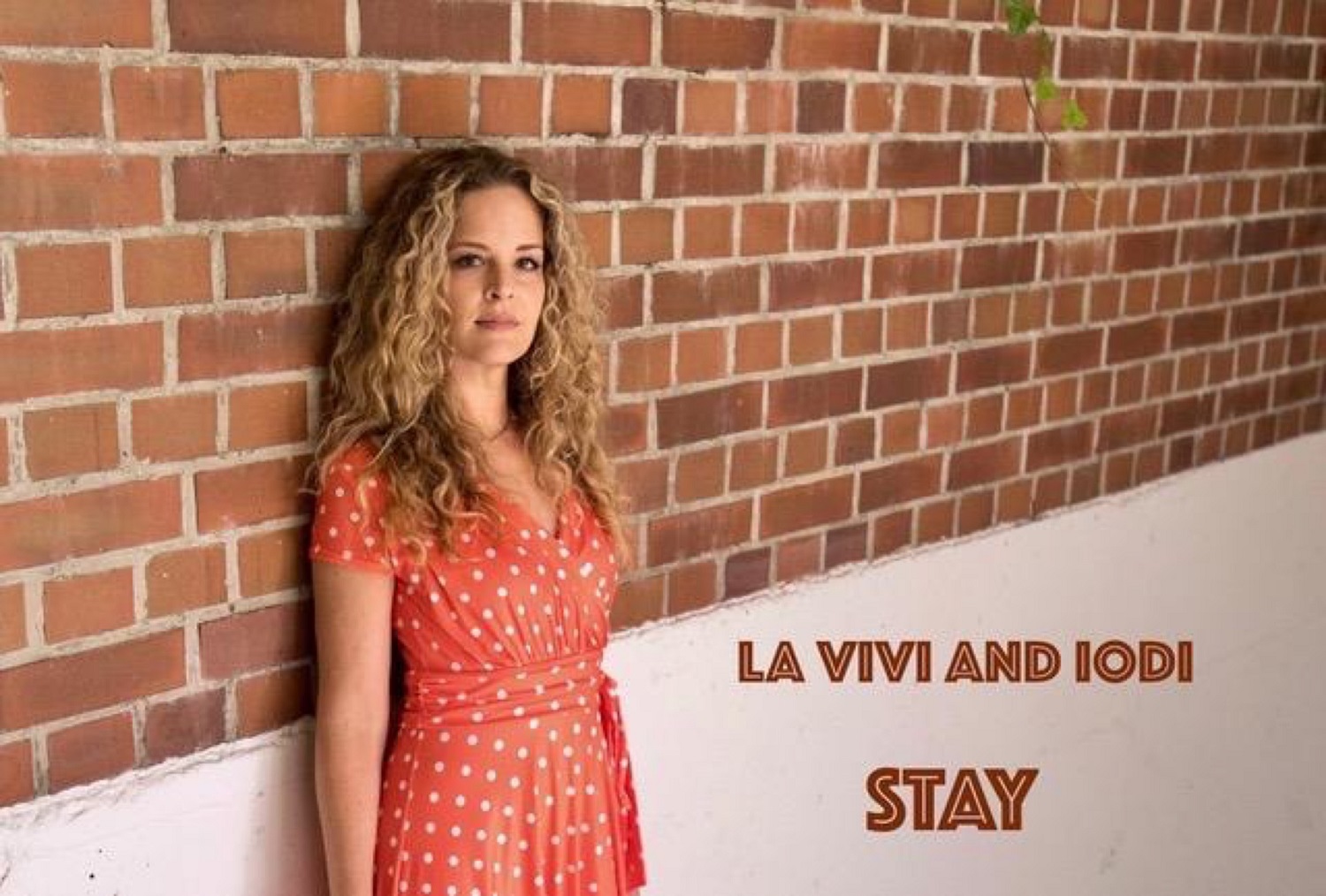 Hi La Vivi! Where are you originally from?
Although I am originally from Paraguay, right now I am living in Munich, Germany. It’s a really nice city to live in. Very chill and cozy. I have also lived in Hamburg for a year to work on some music with a few producers, and in Beijing, where I stayed for about half a year to study Chinese – I have a master’s degree in China studies (Sinology).

Where are you located now?
I’ve been in Munich for a bit over 20 years now and have been involved in Munich’s music scene for quite some time. Right now I am the lead singer of a big band and I have a leading role in a new musical called “Die Wilde Hilde.” And I have been doing some acting, too.
When was the first time you knew you wanted to make music your career?
Probably around the time I was 15. I was a dancer and music had always been a big part of my life. I loved singing, although until then I had only sung in the shower. But then I got to sing in a band at school and everyone was very supportive, telling me that I had a really nice voice. And that’s when it hit me that I could maybe become a singer.
Were there any challenges you overcame getting to where you are today?
Of course! First of all, I used to live in a pretty remote area in Germany where there weren’t really any opportunities. I didn’t even get to go to singing lessons because there was no one around, so I just practiced alone. Then after I graduated from High School I moved to Munich and that’s when I really began working on my singing career.

Also, there’s always been people along the way – producers, singers, managers – who have tried to lower my self-esteem, telling me that I wasn’t good enough, that I wasn’t going to make it or that I was too nice and needed to be more “edgy.” Some even told me that I’d better start taking drugs in order to be a more credible artist.

So, dealing with insecurity has always been a big challenge. Even to this day. I guess that is something all artists have to deal with though. But it’s ok, it keeps me wanting to grow and get better.

You have a new single called ‘Stay’, what can fans expect from the single?

The single is very mellow and romantic. The genre would probably be adult contemporary. The instrumental track was actually recorded in the seventies in Paraguay by a band called IODI. IODI was very successful in the seventies all over South America and my uncle, Jörn Wenger, just happens to be the head of the band and also the producer. So we teamed up and I recorded the vocals to ‘Stay‘ last year. I think you can still feel that romantic the seventies vibe. So, if you want to get a bit melancholy (but in a good, moody way), then this is the song for you.

Are there any other upcoming projects that you share with us about?
Yes, there’s a project called IODI Clásico that I am part of. Again IODI and I worked together and re-recorded some of their classic and most successful songs from back in the seventies. We’ve done this in a different way with much more intimate arrangements. The songs came out really nice, very soft and airy. And I have sung them in Spanish and also in Chinese So, you’ll be able to find us in the Chinese music market soon, too

Also, I have been working on new material. So far I have recorded a couple of songs that vary in style from jazz to blues to funk and even some Latin. There’s a lot more to come. Who knows what the future brings? I would like to keep doing what I love and maybe work with other producers as well.

Where and when can they stream the song?

Stay was released by Tangential Music and is available on all digital stores and streaming sites including Spotify, Tidal, Deezer, iTunes and Amazon.