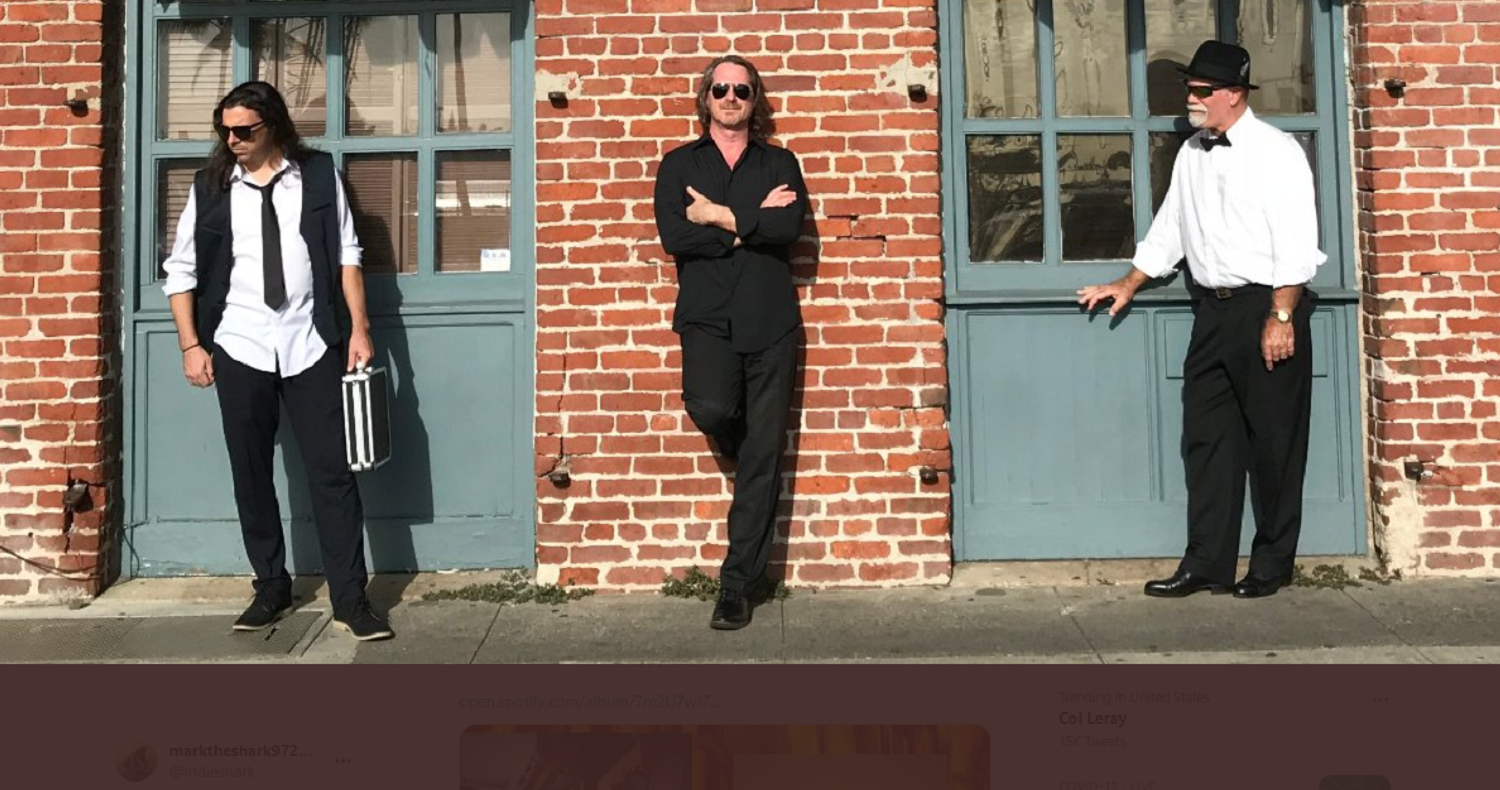 What do you get when you mix the guitar tones and stylings of Van Halen, the groovy bassline of Led Zeppelin, and a voice that would be at home within the 90s grunge era? In this case, you might find yourself a hair closer to describing the wide array of sounds within rising band Executive Order’s grasp. Bursting onto the scene with their debut album All Bleed Red, the band boasts a sound that is as hard to pinpoint as it is to get out of your head. Lead single “Some Like It Hot” is a massive indicator of such.

Opening the album with such a massive earworm was an easy choice. I immediately began it over upon ending, paying closest attention to the warm brass horns that felt both out of place and yet the centerpiece of a grand statement the band was making upon entering the scene. The lyrics weave through the abundant instrumental, at the forefront but not entirely the focus; this is for better and for worse, as lead singer Joseph Olson crafts words ultimately made for the airwaves, catchy but not entirely with depth. “Some like it hot, some like it hard, some like it dirty, some nice and clean.” It’s easy to learn, which makes it easy to scream at a live show. Executive Order did not seek out to make a ballad or an anthem with “Some Like It Hot,” and ultimately it succeeds at being a sex-fueled rock song to soundtrack a wild night out with your better (or worse) half when things begin to get hot and heavy.

The rest of the band shows they’re down to play down and dirty, too, as the production follows suit – guitarist Rich Elg uses backup vocals to complement Olson’s leads, dealing the song guitar work worthy of a hit. About halfway through its runtime, “Some Like It Hot” features a grand guitar solo before segueing into a soft bridge, and the tonal contrast is noteworthy in part due to Annie Kamiya’s supporting harmonies. The work on bass guitar by James Anthony Hewahewa Christian is remarkable, too; the band’s website says Christian “brings a wealth of experience, musical style, and a very chill vibe to the entire operation of Executive Order,” and his additions to the song more than serviceably showcase this very thing.

A minor gripe noted within the song’s production was a dialogue track inserted over the soft bridge following the guitar solo. It muddles the vocal harmonies and isn’t fully discernible as to why it’s in the song, but the idea of it being a fun layer of texture to add to a song that already accomplishes a fun tone might feel like overkill to some listeners. Kamiya overpowers the negatives, though, and brings us back as Olson sings a stripped-down chorus before the band erupts back into proper form with a reprise of the chorus at an iteration where the song is its most proud form.

It’s safe to say the strengths vastly overpower any minor issues with the song’s formation and that “Some Like It Hot” was more than enough to convince me to give All Bleed Red a listen. What Executive Order will release next is hard to say, since their influences and ambitions cover such a wide breadth of territory, but whatever it is, it’ll be worth listening to.

The music of Executive Order has been heard all over the world in partnership with the radio plugging services offered by Musik and Film Radio Promotions Division.  Learn more https://musikandfilm.com