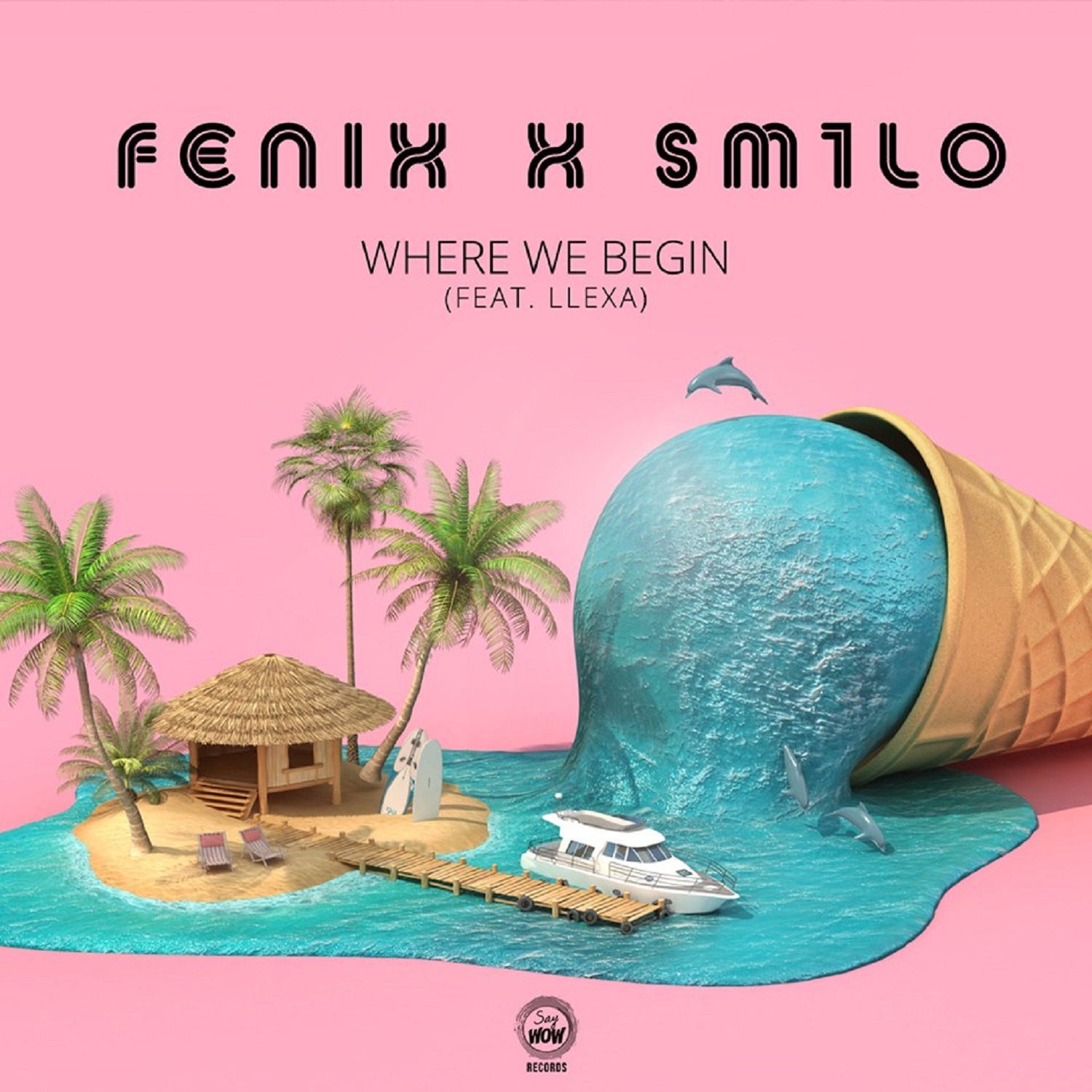 Guitars light up the soundscape of bustling beats in the “Fenix Club Radio Dub Mix” of Fenix & SM1LO’s “Where We Begin” with a ferociousness that listeners will find throughout the fourteen versions of the new collaborative composition from these two titans of the electronic underground. House, dub, club, trance, trip-hop, hip-hop and melodic pop themes are thrown into a giant mixing bowl of grooves in this exceptionally experimental offering, which includes singer Llexa in a number of the tracks while introducing us to a purely instrumental side of the song in others. The tone of Where We Begin as an album is almost exclusively rooted in DJ-minded elaborations on a singular style of shaking the dancefloor, but I would stop short of saying that its appeal is limited to EDM super-enthusiasts alone. “Where We Begin (Radio Edit)” has a lead vocal from Llexa that pushes all of the eccentricities of the background music to the sidelines in favor of highlighting a lovely, serenade-studded hook, and though it’s one of the simpler variations of Fenix & SM1LO’s terrific new material, it’s a fine example of their enigmatically poetic chemistry in action.

When she is included in the mix, Llexa is an unparalleled force to be reckoned with in Where We Begin, to the point where we feel the void of her absence in other tracks here. She isn’t able to grab all of the attention away from the blast beats in the “Fenix Club Radio Edit,” but in the “Fenix House Dub Mix,” adding her brand of singing would have been completely overindulgent from a producer’s point of view. Her most haunting moment in the record comes in “Fenix House Radio Edit,” which filters her vocal through an absurd amount of bass and echo, emitting a really chaotic vibe in the instrumental lashings that follow. I think that without Llexa’s work in Where We Begin, Fenix & SM1LO’s partnership might not have attracted the level of acclaim that it has this month. She adds some balance to this LP in a way that only a powerful feminine voice could, and rightfully deserves a lot of credit for its success among fans and critics, myself included.

This is the can’t-miss electronic release of the summer, and though it has a few tracks that I could have lived without, Where We Begin is a thoroughly engaging record that has a little sugar but a lot more spice in its deliciously diverse collection of mixes and remixes. Electronica has been growing in ways that most genres will never be able to lately, mostly because of the conservative attitudes attached to the preservation of a genre’s history (something that has never been much of a problem for this community of artists), and creative minds like Fenix, SM1LO and Llexa are the biggest reason why. They put up an awesome framework to be expanded upon in future collaborations here, but if this is the only time that they make music together, then it is all.