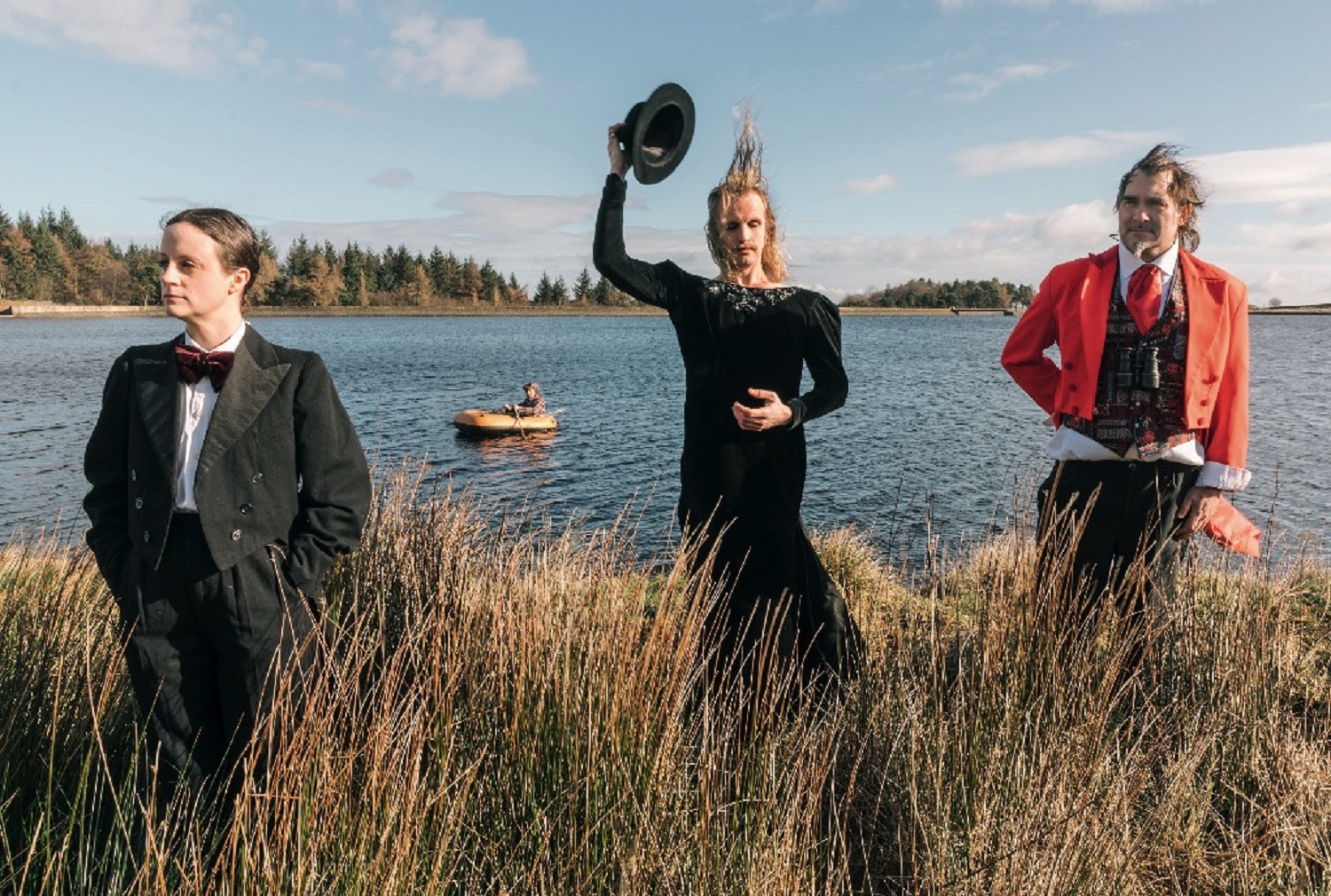 As eclectic as it is endearing to the soul of anyone who loves offbeat alternative content, the music video for Frogbelly and Symphony’s new single “Benjamin Went Fishing” seems to have been tailor-made for the times, but I don’t get the impression that it was conceived with the blunt intention of appeasing the masses. “Benjamin Went Fishing,” much like most of the material that Frogbelly and Symphony have released thus far in their career together, is an independent spirit that comes to us free of stylistic pomp and needless frills; defined by its sterling string play and powerfully melodic vocal harmonies, this is a track for the discriminating listener, and moreover, anyone who prefers quality to corporate conventionalism in their music.

For those who would consider themselves to be indie rock enthusiasts, the amalgamation of folky concepts and progressive compositional framework in this single, and its engaging music video for that matter, make for some seriously required listening this March, and I’m far from the only critic to be saying so at the moment. Frogbelly and Symphony’s lush hybridity is admittedly not for the mainstream pop-minded audience, but the listeners whom it was originally crafted for will likely champion it as the bar-raising release from this band that it most certainly is.

“Benjamin Went Fishing” is a fun, experimental track from a group that deserves a lot more credit than they’ve been getting lately, and if you haven’t already heart its harmonies yourself, you should make a point to do so in the near future.