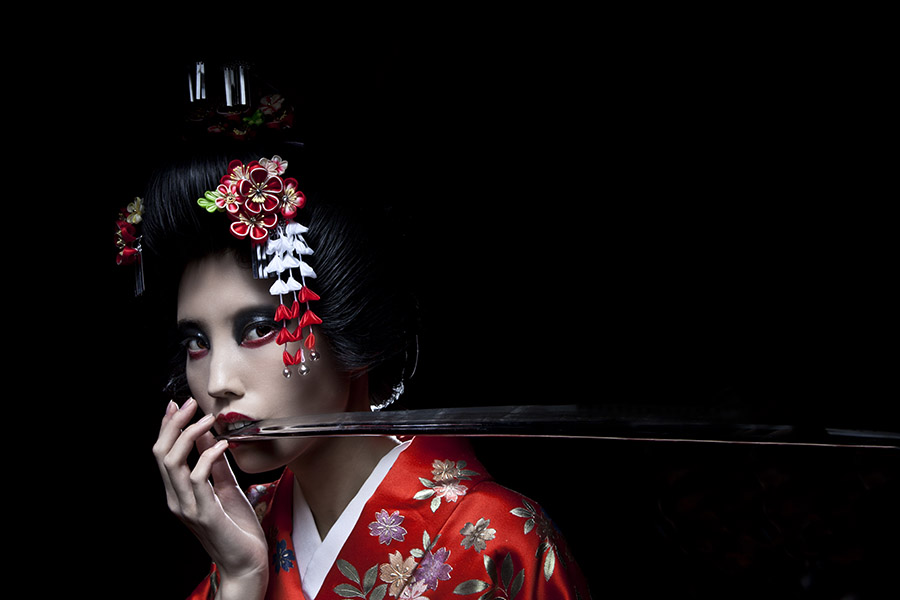 We all know that one picture is worth a thousand words. Formento + Formento’s photographs speak, smell and make you feel pain, sorrow, loneliness, hope…

Formento + Formento is a duo of photographers based out in the U.S. who like to travel the world capturing unique, instant and hyperrealist situations. Women are always the main characters of their visual stories.

During Art Basel Miami, Formento + Formento will be exhibiting their work at Art Miami and Fahey Klein gallery.  So if you are in the city for the art festivities you must go and experience their work with your own eyes.

I had the chance of having a phone conversation with BJ and Richeille and I got to know a little more about their passions and motivations.

BJ was borne in Hawaii and Richeille is from UK.  Why did you decide to come to the US?

BJ – Well, it wasn’t really a decision I made. My parents are both Filipinos but my dad was in the US Navy. Half of us were born in the Philippines and the other half in the US. Then my dad retired, we went back to the Philippines but I always knew that I was going to come back to the States for college.  So in 1979 we migrated back to the states, and I went to college here.

R- Well, I got married to BJ, we lived 6 months in the UK but then we moved to the States. It is a good place to start a new business.

I know that BJ’s dad was a photography aficionado. So that makes me wonder… How did you get your first camera?

BJ –  When I was 13 years old I was living in the Philippines and there was an American TV show called James at 13.  He was a photographer in high school and his parents moved him from Boston to Oregon. During that time I was planning on moving from the Philippines to the States so I really had an affinity with this character using the camera as a passport to assimilate. I knew I enjoyed photography so in the minute that I got to the States I signed up to a photography class and I was the photographer for the year book; for my 14 birthday my parents got me my first camera which was a Nikon.
I mainly took pictures of women , the camera was a tool to assimilate into the new environment that I was in. I used the camera to meet girls and take pictures of girls.

You guys met when you were working in a project together in Miami. What was it that fascinated you from each other?

R – I actually had not intended on hiring BJ but my boss recommended him from the NY office because I was traveling from London to Miami. We actually met in Miami 10 years ago in January.  And it kind of happened… I won’t say the first evening, that night we both had lobster together. The second evening we went to Karaoke and I was “wow he can sing”, then we went dancing and I was “wow he can dance”. Those were pretty much the things that triggered. We just felt that we could work really well together and we could have fun also. It’s really rare to find someone with who you can work and live together.

BJ-    Well as a team… when we first met I did the photography and she was the art director. So in a way the photography is the light because the photography captures light. On top of that on our art we like to use cinematic lights that shape image and creates a canvas for something that we want to express. We use a lot of lights, for everything we shot we use 3, 4, 5 sets of lights including the daylight. As for pigment Richielle can answer that.

R – I actually use color a lot. Color can visualize something that I think.  That is really the pigment, visualization of something, and BJ can make things happen.

R – And that is what dictates the mood, what the mood of the picture is gonna be.

BJ – So the image is build by two people and comes to the light and the pigment.

That actually brings me to the next question.  All your photography looks like an instant moment of a tragic story or situation. How do you come up with the stories behind each picture?

BJ –  I think so far the bodies of work that we had created are related to sadness, beauty, tragedy and hope, which is human nature in everyday basis so I think as a couple who live together and work together we come up with concepts all the time. We love to travel. I personally get inspired when I’m working abroad. It’s so hard to shoot in your backyard. I lived in New York for 10 years and we don’t really have bodies of work that reflect New York. I like the novelty of a new place.

R – New locations make you feel exited about the new place and the stories when you go somewhere new. It triggers an idea.

BJ – And also we love to travel so it’s kind of an excuse for us to get out of our comfort zone and then go to a new place and pack everything up. Especially if it is a language we don’t speak. We find that so exciting, when you have to communicate with your emotions more that with your tongue. Me growing up in the Philippines and Richielle coming from London also influenced that. When the recession came in 2009, after doing commercial work we decided to do a road trip and after that first road trip we were so exited with the concept that we did it again after two or three winters. We created circumstances with over 100 women and after doing that in the United States we decided to go to Japan. Japan is a place that Richielle has always  been in  love with.

R – Also Japan is just so different. The opposite of what we had already created. It was the first time that the people didn’t speak our language and we didn’t speak their language. It was a challenge that as creators we had to face, different from everything we had done in the past .

BJ- Japan is a dichotomy. Everybody is very aware in their minds of what they think Japan is, so we kind of wanted to push that and show what in our eyes Japan is and is more that just the Sushi, the Sake and the Karaoke. It goes so much deeper, so in a way we want to bring with modern art things that will excite people. After Japan we thought about going to Cuba since there is so much taboo about Cuba and Americans not being able to go there so we wanted to show Cuba in our eyes.  Cuba is in this kind of a time capsule. Cuba as we know it is changing in an every day basis and we wanted to go before all that is over. The same with Mexico. We moved to Miami for the winter, Miami is our second home and we realized that Mexico is an hour and a half, two hours flying.

R – Somewhere new and exiting that has pretty old history and again something different from what we are used to.

BJ – So much culture, tradition and superstition. I guess that is kind of our signature, to show places in a different light.

What other countries would you like to visit for creating a new series?

R – India is in the top of our list right now.  I always wanted to go there and visually is incredible and out of this world. I grew up in the east part of London, the neighborhoods there had a huge Indian population so India is a country I always wanted to visit. The list just goes on and on.  Moving to Miami we want to visit more South America, Argentina…

BJ – Going back to India… as artists we want to grow.  So with Mexico we really wanted to push the idea of voyeurism and with India we want the photography to have more a social voice. Exploring issues that are going on in India’s current climate.  Such as violence towards women, child brides, gender discrimination and inequality, honour killings, and sex trafficking. All shot very cinematically, with the use our beautiful photography to bring these horrific crimes to light.

R – The issues that the women are facing there. We want to give them a platform with our images to raise awareness.  That’s something that we want to explore, we want to become more socially aware trough the images.

BJ – We are planning on going back to Mexico in a couple of weeks and we want to deal with the 43 students that went missing and murdered.

You will be showcasing your work at Art Miami and Fahey Klein gallery during Art Basel. What series are you going to be showing in each place?

Fahey Kein and Chrome Hearts gallery are going to be showcasing the Japan Diaries and at Art Miami with Vallarino Fine Arts and Traffic NYC we are going to have 30 pieces highlighting the work from  “Japan diaries” and “She is Cuba.”

Below you will find pictures that are part of the series Japan Diaries, She is Cuba and Mexico. 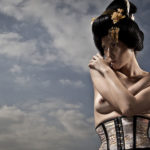 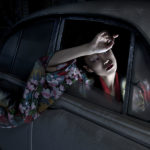 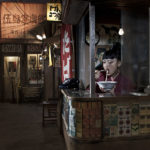 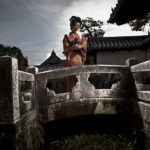 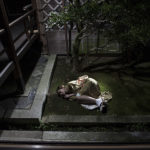 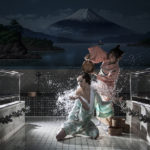 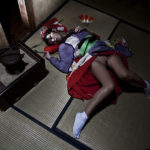 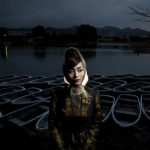 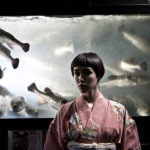 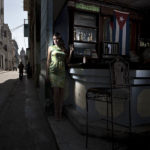 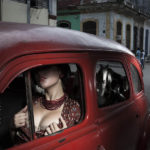 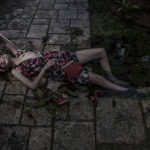 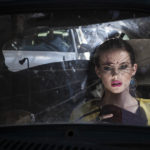 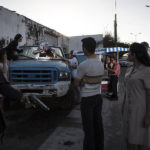 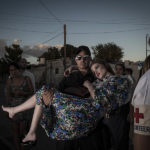 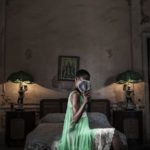 A continuación, imagenes de las series Japan Diaries, She is Cuba and Mexico.