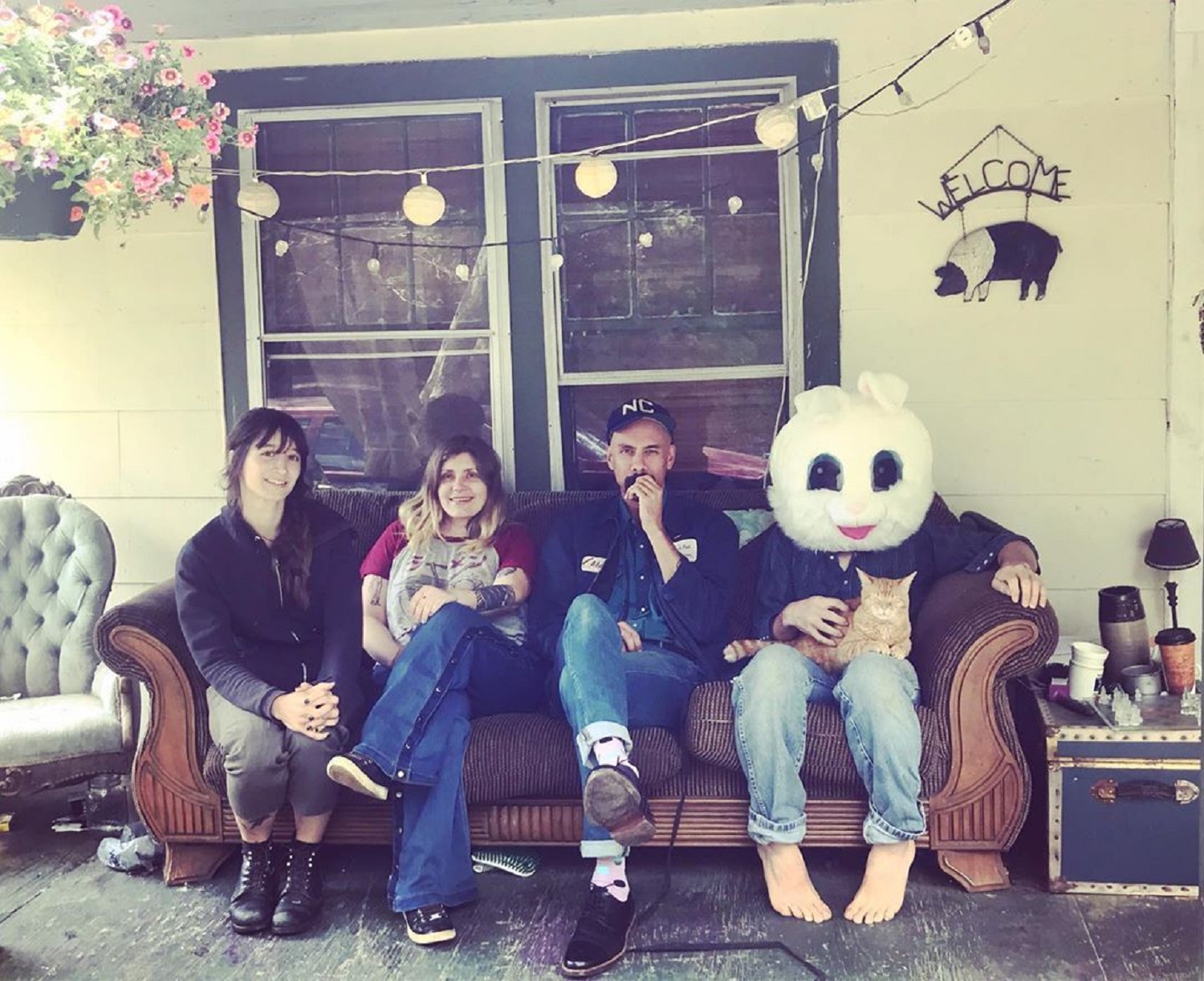 With an elegiac strumming, the haunting “Death” echoes through the ethers at the conclusion of Shadows In The Shallows, the debut collaboration between Gold Light and Snakemusk, and as evocative a picture as this song paints with its delicate strings and moving serenade, it’s only a small sampling of what all nine of the tracks comprising this incredible album have to offer. Gold Light and Snakemusk have released some very engrossing material separately, but in this first shared studio release, they put forth a more prolific sound than many of us – wrongly, I might add – believed either one capable of creating.

“The Heart is a Lonely Hunter,” “One Thing After Another” and “The Last Picture Show” are stylized around their instrumental textures, whereas “Nobody’s Baby,” “Release,” and “Heart of Black” are more poetic and straightforward lyrical ballads, but neither group of songs overshadows the other in the grander scheme of things. Gold Light and Snakemusk both bring unique sets of skills to the table here, and by combining their individual talents, they end up rendering a righteously endearing subgenre of folk-rock that is indebted to the Americana of old and the rebelliousness of modern alternative music equally. They make a strong impact with their weighty words in “Papa Knows Best” and “Death,” and enjoy just as potent an affect with the cerebral melodies of “One Thing After Another.”

Shadows In The Shallows benefits from a very polished production quality, but it’s not overly poppy in tone at all. “Heart of Black,” “Being Sweet” and “The Heart is a Lonely Hunter” all boast some of the strongest, most organic-sounding strings of any that I’ve had the pleasure of reviewing all season, while the vocal track in “Nobody’s Baby” has moments where it sounds so tangible and crisp that it would seem as though someone were singing directly to us instead of committing powerful lyrics to master tape.

It’s hard for me to categorize songs like “The Last Picture Show” and “One Thing After Another,” as they take from a litany of different influences that, together, forge a sound that has as much in common with the output of alternative country artists raging against the Nashville machine as it does the grating garage experimentations of a restless east coast indie scene on the cusp of a watershed moment. Ultimately, I think that their crossover appeal will help them ascend from the underground stage onto a mainstream platform, where their music would inarguably reach an audience that’s been hungry for something of its erudite quality for a really long time now.

If the content of Shadows In The Shallows is a taste of what we can expect to hear out of future collaborations between Gold Light and Snakemusk, then I definitely cannot wait to hear more. They’ve got such an amazing chemistry that one almost has to wonder why it took so long to get them into the same studio together, but regardless of how it happened, I think that most music critics and serious indie aficionados will be inclined to agree with me when I say that their work as a team is some of the sweetest we’ve collectively heard this year.