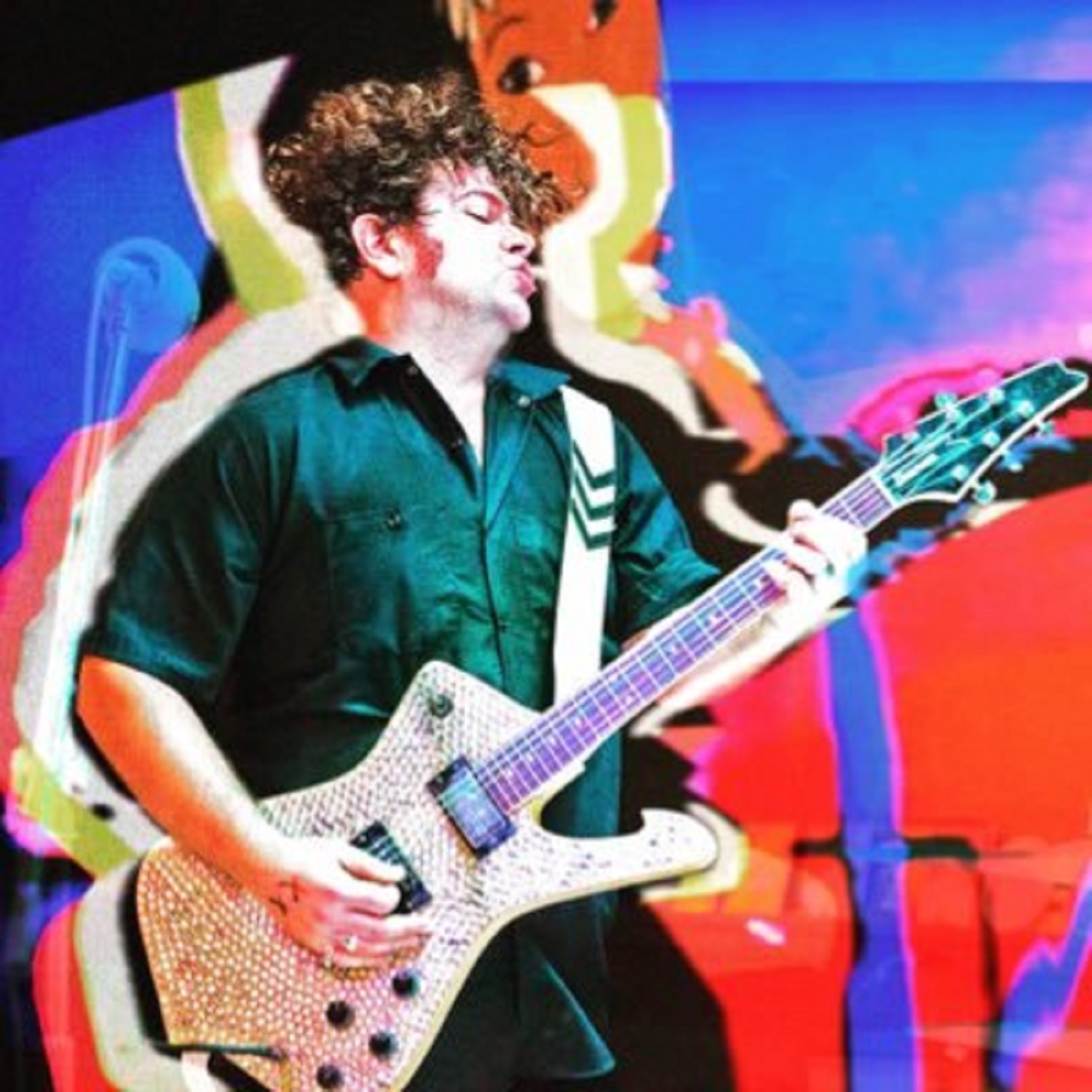 The band is Greg Hoy and the Boys and the sound is, well, the sound is like I’ve never encountered. Their new track “Leaving While You Stay” is like the song you keep hitting repeat and well, you want to stay awhile and not tune out. It’s the exact opposite of what the song is supposed to be about. Tune in to “Leaving While You Stay” and situate yourself on the ride that is Greg Hoy and the Boys.

Based in San Francisco, California, Hoy’s impressive resume includes over 30 albums. He’s released under these songs a variety of monikers, including The Royal Panics, Twice As Bright, Greg Hoy & The Enablers and so on. Many of these albums come from Hoy’s own label, 30 Peak, a venture he began in 2007. Hoy also takes on director and editor in the spasmatic “Leaving While You Stay” music video – whereas a parading, Donald Trump clown masked individual invades the band. Colorful and juxtaposed in black and white, the music video is a daring and unflinching statement on the United States’ current political landscape. It’s a circus, Hoy cheekily infers.

No overdubs, no splicing, just a pure spectacle of rock happens in “Leaving While You Stay”. Hoy’s lead, electric guitar is scorching. I could almost see this song as an instrumental his guitar is that wickedly awesome. Hoy, who also lived in New York City for a time, brandishes a unique blend of coast-to-coast flavor in his guitar, alongside Mark Nicholson (bass guitar) and Dennis Galway (drummer). Lord knows I love me a killer power trio and this band hits things on all cylinders. Fight for love or fight for glory /whadya say?/ whadya say, Hoy sings, with a massive undercurrent. I think you might be leaving/ you know you’ve got that feeling/ Hoy sings with a domino-like arrangement. The line ‘fight for love or fight for glory’ seems poses an existential question – do what’s right or worry about your reputation. In other words, do you care about what people think of you, or do you do what’s right for the community as a whole. Just a thought. When he sings ‘you might be leaving’ I think he’s making a statement on wishy washy opinions and influencers. Stand for something, he’s proclaiming. Don’t just be a person taking up space.

The pickup is stronger, the angst starting to come out of his voice in subtle ways. He’s defiant – whadya say? whadya say could almost be replaced with ‘what’s that you say’ as if it were an indignant question. I loved it. This band is all-in and you can almost wipe away the sweat from their brows while you’re listening. I also appreciated that Hoy annunciates his words, there’s no muffling of phrases. He stands for something and he stakes his claim pretty early on in the song. It’s not indulgent or over produced – it’s perfect. An exercise in free speech, and an exercise in real rock – ““Leaving While You Stay” bests its way to the top of the summer playlist.