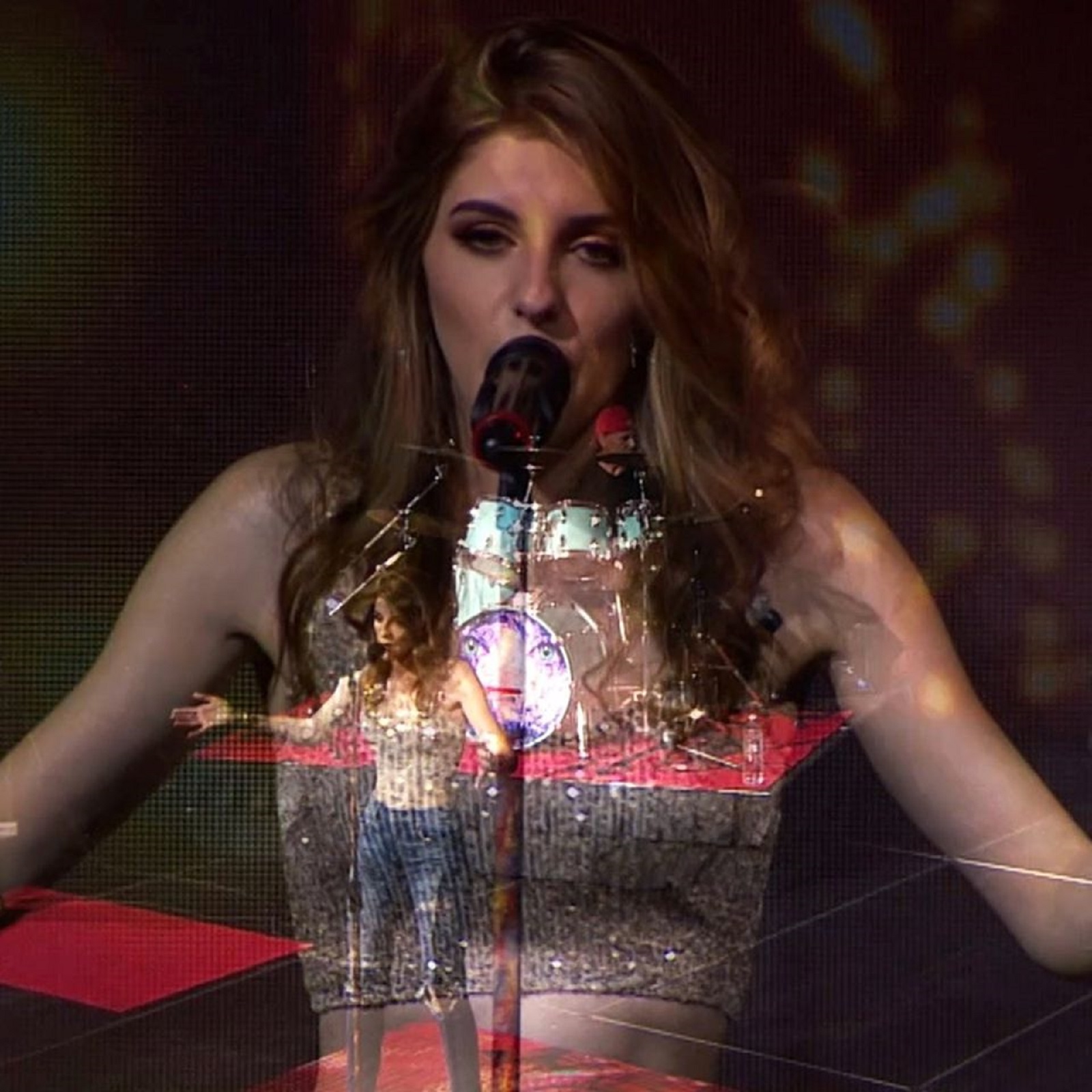 There are a lot of interesting rock hybridity coming out of the woodwork in the American underground at the moment, and you needn’t take more than a casual peek at Greye’s new single “Lucky” to understand exactly what I mean. “Lucky” sports a southern-flavored tempo that doesn’t exactly trip into countrified territory but nevertheless straddles a fine line between Americana and unvarnished rock n’ roll tenacities, but while it’s certainly not the easiest song for any critic to categorize by conventional genre standards, its attractiveness simply can’t be questioned – especially by those of us who live for a sterling swing groove.

The master mix here is, for lack of a more accurate term, pretty plain, but this shouldn’t be considered a negative feature at all. On the contrary, I think that the cathartic eruption of vocal virtuosity takes place around the 3:20 mark in the track, among other big moments in “Lucky,” wouldn’t have been as affective as it is in this capacity were it weighed down with any additional bells and whistles. Greye don’t need a ton of polish to make a smooth single, and that’s more than obvious to anyone who picks up this smoking new release.

This bassline probably could have used just a bit more of a kick than it received in the grander scheme of things, but again, I think I can grasp the concept that the band was trying to utilize in the stylization of the instrumentation here. There’s certainly plenty of physicality coming from the interplay between the vocal and the guitar, and one could make the argument that a thicker bottom-end would have clouded over the fine textures on the percussion (which is definitely one of the elements I noticed right out of the gate in this song). Nothing in the track was thrown together, and you don’t have to be an expert critic to recognize that.

As far as the rhythm behind the rock in “Lucky” is concerned, there’s no understating just how big a role it plays in shaping the narrative singer Hannah Summer is so artfully constructing at the center of the sonic storm. The confident strut of the drums is perhaps what defines the tone of the emotionality here more than anything else does, and had the percussion been given less of a presence in the big picture, I don’t know if Greye would be getting the accolades for this single that they have been this season.

They’ve still got plenty of room left to grow into this sound, but from where I sit, I think that calling Greye’s “Lucky” anything less than an attention-getting indie hit would be unfair to the band responsible for its existence. “Lucky” forces us out of our seats and onto the dancefloor using a lot more than just a sexy beat, and though it doesn’t indicate where this act is going to go from here, I think it offers more than enough evidence to support diehard music buffs taking a second and third look at this first big studio cut.

The music of GREYE has been heard all over the world due to the radio plugging services offered by Musik and Film Records. Learn more – https://musikandfilm.com