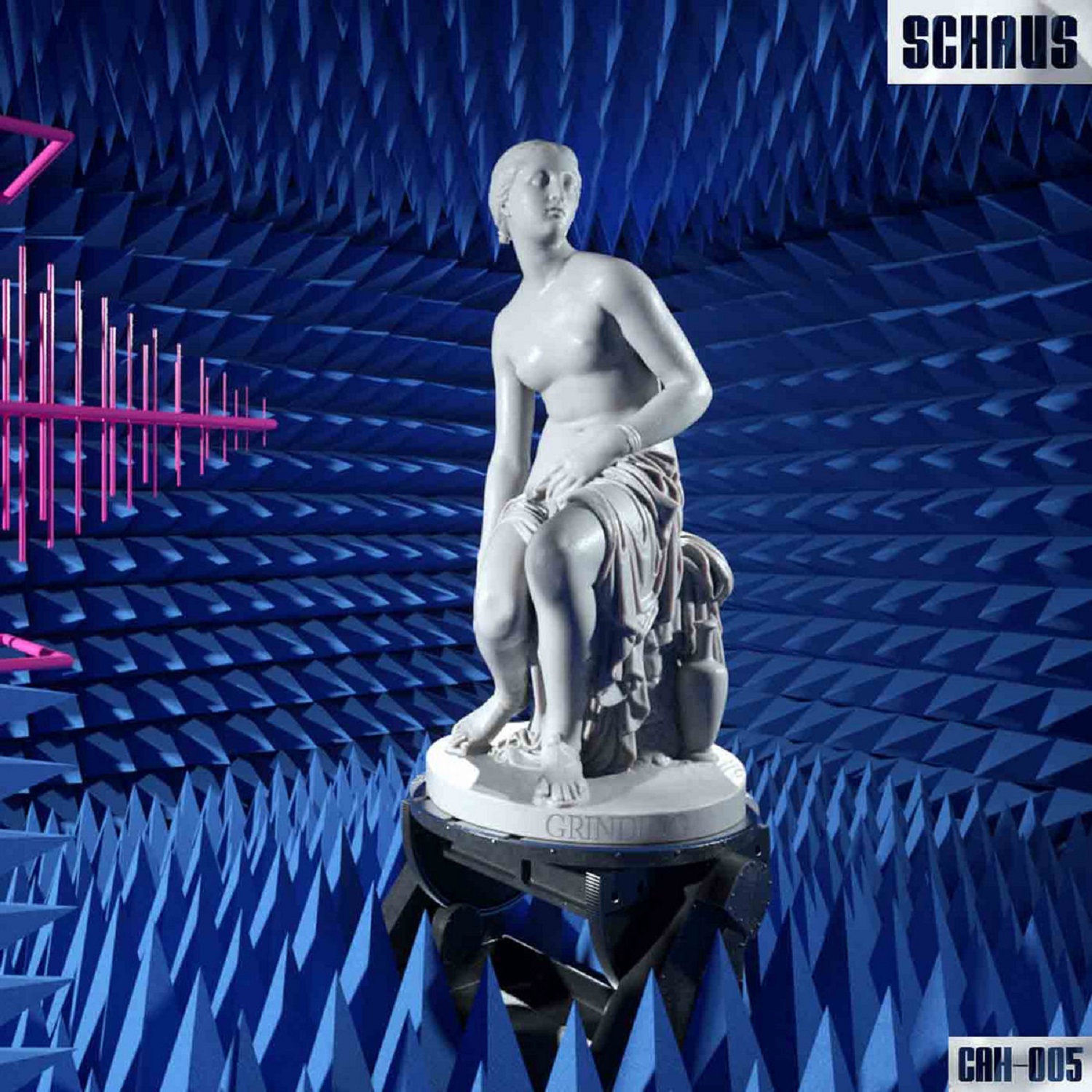 I seem to remember when I first heard Awolnation “Sail” for the first time and being struck by that do-do-do-do- electronic fallout. I felt the same stupefied feeling when I listened to most of the songs on the mammoth album, Grinding, from Oregon’s Scott Schaus. Recording just as Schaus, this album is self-produced.

What struck me the most besides the interesting twists and turns of music is that each song felt like the inner-workings of a computer. Like he build these songs one layer at a time and then manipulated the layers in a color mixing machine. Some songs have jarring, crashing sounds. Other songs have stealth like pulses that seem to zap the listener.

And, the theme: grinding. In his official biography, he describes his interpretations of the word in terms of sexuality, physical dancing, working the pavement as a freelance artist or do-it-yourself musician and more. His take on the word is muffled with sounds and emotions – much like most folks trying to find their path in the year 2020. Schaus seems ahead of his time with his thoughts and electronic fortitudes.

Here are just a few of the outstanding songs on Grinding:

“Sullied” is the first track. Right out of the gate the listener knows something is really special about Schaus. At first it sounds like movement coming from opposite ends of the spectrum, colliding with Schau’s under-the-cover sounding vocals. He’s a bit hard to understand, but the lyrics “putting in my two cents…you know what they say…putting in my two cents” are audible. The song has a nice vibe going for it, and the mumbling vocal approach grew on me.

“Buying A Pool” is another trippy hit. The tempo seems to pick up a bit from “Sullied” and he has a bit more different vocal arrangement. He almost sounds 70s soul at one point. From his PR peeps, the description of the song states “the money pit of the American dream” is buying a pool. Maybe his statement on life and the general public is that we literally have enough money to purchase water that we splash at each other. It’s hard to get that feeling from his song – the words are hard to decipher – but the music bed is oh-so-groove.

“Bang Me, Buy Me” is probably the most pop-sounding of the group. “Ooh-la-la-ooh-la-la” is repeated in this :43-length of a ditty. It’s super quirky and has this bossa-nova shoulder moving reaction. I’m still singing “ooh-la-la.”

Track 11, “Much” is deliciously weird. Schaus’ lyrics, “feel it in my soul” stun. Again, he’s a bit hard to understand, and at times sound a bit deranged before he goes into a falsetto ‘oh, oh’. The sounds just start to pile upon one each other, with a sound that just slices through the meaty sonic wave. It’s robotic and kooky improvised all-at-once.

Grinding is an exciting album from a musician that straddles the performance art balance beam. Schaus definitely keeps Portland awesomely weird. Grinding is worthy of adding to your playlist.