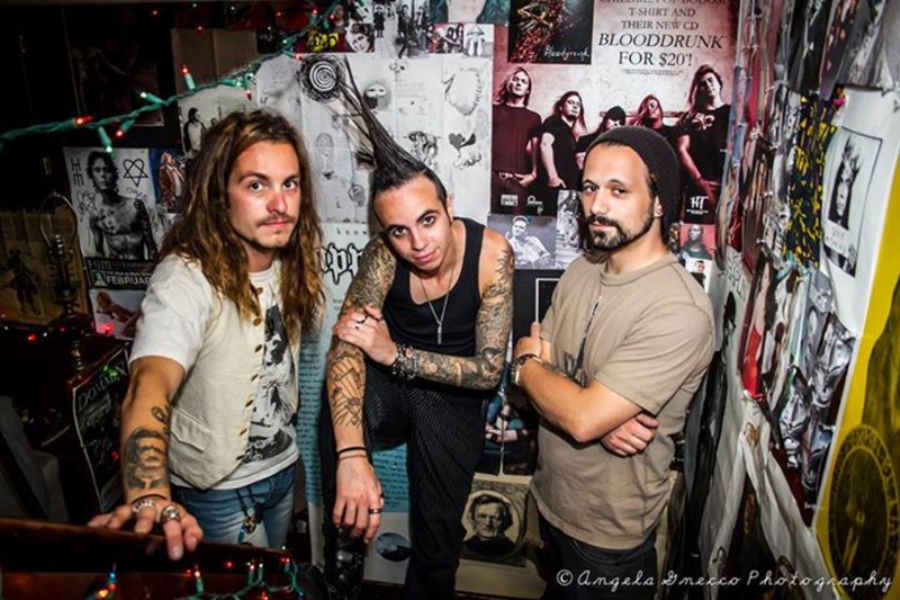 Handsome Karnivore – The Chaotic Static Between Shadow and Substance

Handsome Karnivore’s second studio release The Chaotic Static Between Shadow and Substance further solidifies the quartet’s claim that they are among the most promising rock acts rising through the ranks today. The baker’s dozen worth of songs on the band’s latest release is a crackling stew of influences brought to a fever boil and laid out by a crack, confident band who sound inspired to take things to the next level. The imaginative mix of traditional songwriting elements and a distinctly modern attitude is seamlessly brought off and they maintain a high energy level throughout the release that keeps listeners involved. Handsome Karnivore’s The Chaotic Static Between Shadow and Substance brings just that – ample atmospherics and serious, well-conceived songs that stick in the memory. It’s one of the richest releases you’ll hear in 2018 and guaranteed to entertain a wide swath of music lovers, casual and hardcore alike.

“The Earthquake and the Swoon” serves notice that this is an album playing by its own rules. The band has a strong theatrical and cinematic sense that immediately comes through on this tune and its counterpart “Fire Burning July”. The lyrical sensibility driving the band’s songwriting has an unique vibe all its own, part grounded in reality and otherwise fantastical, but the songwriting focuses a lot on melodic values and that helps keep things accessible for listeners. Another key strength that repeatedly comes through is the band’s commitment to a varied vocal approach and it has a particularly leavening effect on the song “Fire Burning July”. “In the Lands We Used To Run” broods over love lost with a singular style you won’t find on similarly minded tunes while “Recurrent Dream” mixes up wall of sound moments with some remarkably spartan, yet suggestive, musical passages.

A lighter side of the band comes through on songs like “Everything Will Be Alright” and “Silhouette of Rogue”, but they are mixed in with the same slightly avant garde side of their musical character that frees them to experiment. They are moving in much more familiar, settled territory with the songs “The Void” and “Can’t Be Satisfied” and the latter, especially, will bring a lot of casual fans in for a closer listener. They surprise listeners yet again with the hard-edged electronica and studio manipulations of “She Sings in Silver Linings” and, all in all, it’s a moment that deserves mention as one of the album’s best poetic moments. “Flowers in the Attic” scores in a similar way with its stylish, yet very tasteful, guitar playing that even uses wah wah effects to great results. The closing curtain for The Chaotic Static Between Shadow and Substance arrives with the song “Unexpected” which allows the band to work out their musical ambitions on a stage larger than ever before while still remaining faithful to the same lack of self indulgence embodying the band’s work as a whole. Handsome Karnivore is poised to take things to the next level with this bulldozer of a release and they deserve every ounce of praise and attention that comes their way.