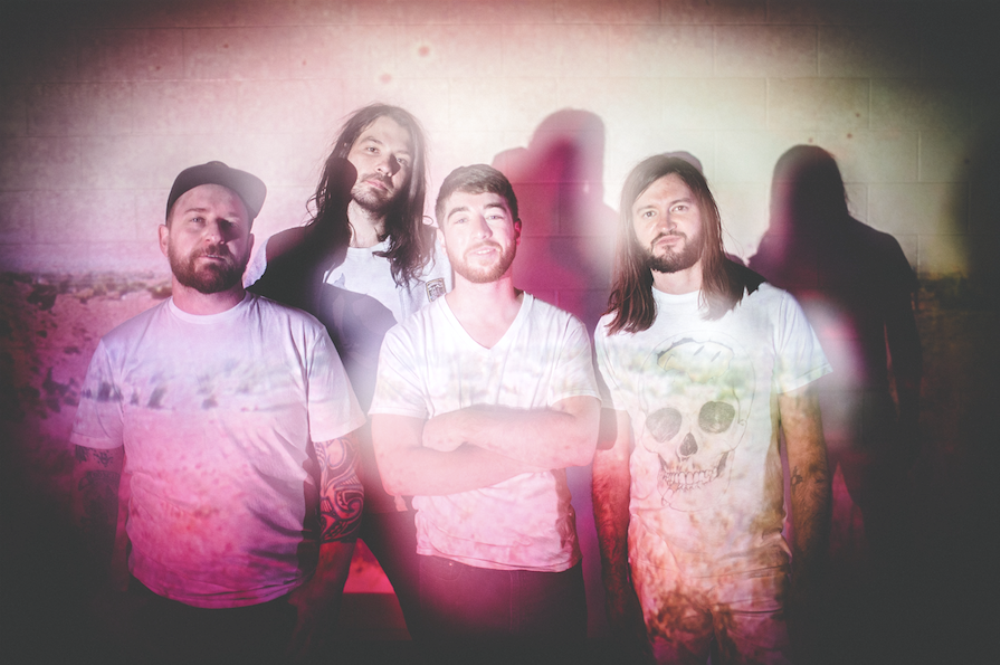 Helen Kelter Skelter are a bit of a mystery because there is nothing to know about them, other than their names and the songs on their second full length album, entitled; Melter. The band consist of Eli Wimmer on vocals, Cody Clifton on bass, Scott Twitchell on drums, Jay Jamison on guitars and Tim Gregory on keyboards. And even that information can only be found via the internet. But they have their audience and they attend the shows, so their fans know what to expect from them. The music falls somewhere between fusion and psychedelic influences which ring of everything from progressive rock to alternative rock and everything else rock music embodies.

This is an album full of catchy, hypnotic grooves that never let up throughout the ride. Some of it can also be described as a cross between Pink Floyd and Alice In Chains. They mix the decades up that much, and they don’t forget the 80s, as there is a lot of techno-texture to balance out the hard-rocking songs which are yet very melancholy at times. After hearing it, if you haven’t heard their first album you’ll want to seek it out for more of HKS, as they also go by. But as for Melter, the songs come first, but they keep a strong element of experimentation which helps them all gel together.

Kicking off with “21st Century” it’s like a throwback right out of the gate. There’s an instant ring of familiarity in the keyboard riff as it pulsates through the song. The vocal effects are fuzzy and it adds a science fiction element that’s like going through a time machine or something. You’d swear you heard the melody and that’s what a good song is really-all about. Something memorable you can access time and again from your own recall of it. This opener has that magic, and it carries the song all the way home. It makes you want to hear more, and that is a mark of a great opener.

The next track, “Guud” is a little hard to get into at first, but it wins you over before you know it and then you’re hooked by the slinky guitar lines and infectious beat. This carries over with momentum into the very 80’s club rock sound of “Palamino” as if a nod goes to punk and alternative on this track, with vocals remind of newer alternative acts like Kings Of Leon, of which come hard not to approve of. The industrial ambience of this track is addicting as well. The pop structures smooth out the experimental and psychedelic aspects like a catalyst. And the tracks flow one after the other with the greatest of ease.

There’s no mistaking the vocal influences on this album and it will remind you of others without carbon copying. “Minding” is the first track that shows every side to this band, as it gets experimental in the mid-section with some searing guitar work around a dark and brooding barrage of keyboards. But if I were to pick a deep sleeper track it would have-to be “Tracer” for its droning groove and tantalizing melody that just takes it over the top. You know by this time on the record you’re in for a gravy train the rest of the way. And the ride ends with the epic track, “Inside Out” which runs over eight minutes worth your time.