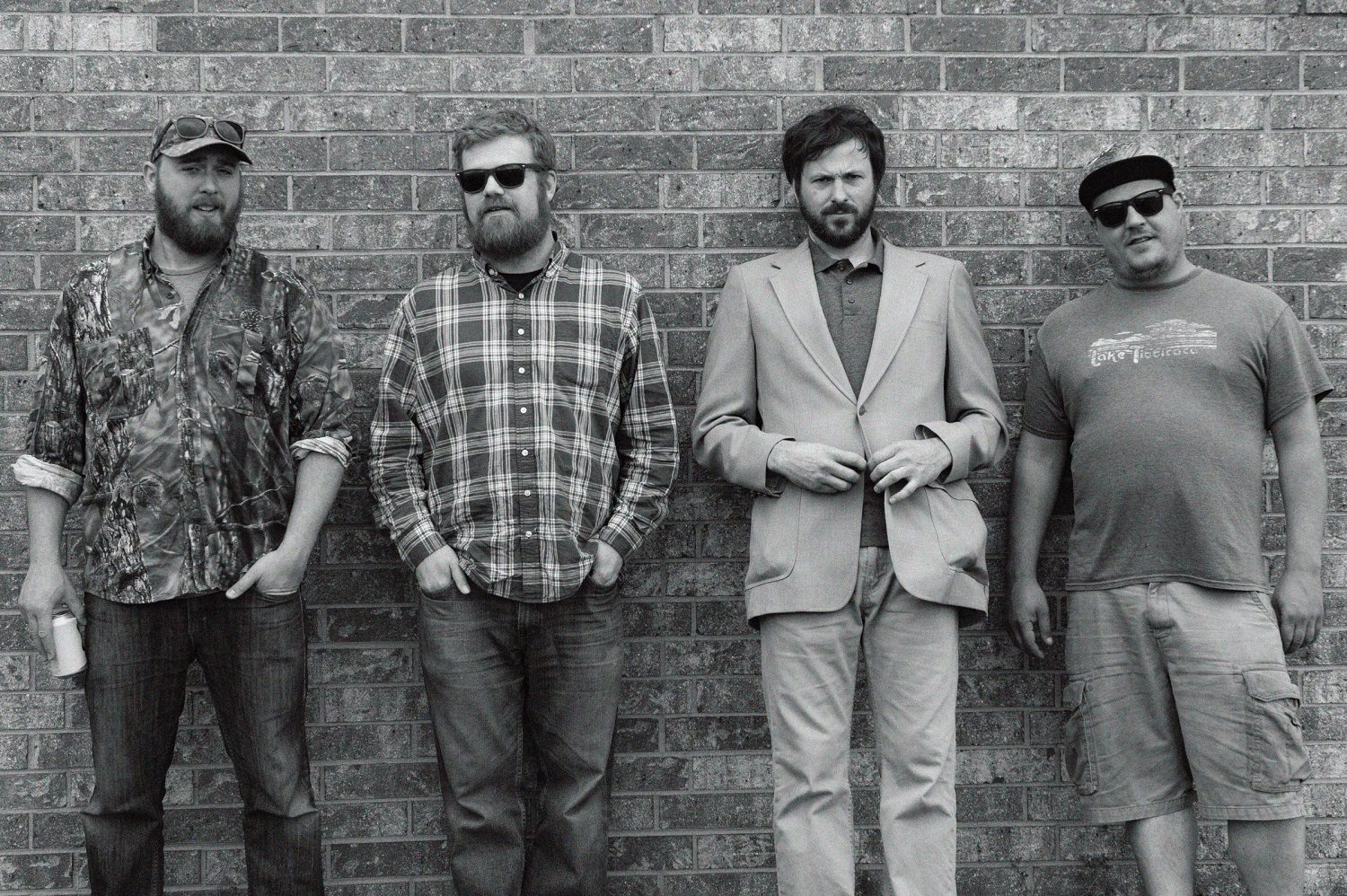 A gentle yet tightly wound acoustic guitar melody greets us as we enter “World On Its Neck,” one of six new songs found on Hemhora and the Glass Band’s all new extended play Helix Pattern Blues. The band treads through a thick blanket of sonic wonderment while a fragile percussion solemnly pushes the tempo along. The vocals are so magnetic that we’re drawn to them through the heavy smokescreen that’s inserted between us and the ethereal vibrations of music, and even when “World On Its Neck” starts to drift so far away from mainstream predictability that it takes on the shapelessness of an avant-garde pop piece, the Glass Band never skimp on the musical magic they’re so adept at dispensing.

Helix Pattern Blues is made up of a combination of contrasting textures and otherwise simple, bittersweet compositions that encapsulate the heart and soul of minimalist indie rock. “BMX” and the swirling “Stage Dive” are easily the two most physical songs that the EP has to offer us, while “The Last of Them” and “The Drive/The Wreck” represent the group’s more streamlined side. “BMX” on its own is decidedly more dexterous and cerebral than anything else in mainstream pop at the moment, while “Stage Dive” takes a rollicking beat and magnifies it under the weight of a raw, treble-spiked mix.

This record has a very atmospheric edge to it that occasionally touches on post-rock territory. Both “The Drive/The Wreck” and the multilayered “Boxes (Vices)” are boldly stylized with a tender airiness that is remarkably subtle when examined at higher volumes. More fluidly arranged songs like “The Last of Them” are made stunning thanks to the muscularity of the master mix, which in itself makes the waviness of the grooves even more flowy and less rigid. Fans of predictably produced pop/rock of the more right-field variety won’t be all that thrilled with Helix Pattern Blues – but for the rest of us, it’s about as engaging as a boutique label EP gets.

One of the most stellar attributes that this six song disc brings to the table is its sublimely executed vocal tracks, which stand up to anything that we receive via the instrumentation. The verses literally seem to fall into each other in “Boxes (Vices),” and while the rhythm of these tunes can be difficult to keep up with their narratives are never lost in the translation. There’s plenty to be said about the music that contours them, by the lyrical might that Hemhora and the Glass Band present us with here is just as memorable, if not more so.

As indebted to fragile indie pop as it is beefy psychedelic rock, Helix Pattern Blues is a phenomenal, albeit eccentric, introduction to Hemhora and the Glass Band’s refined style of play. Despite their relatively new status as a unit, this band doesn’t come across to me as a group yet to find their footing or aesthetical center in this release; if anything, they’ve got a blueprint that all the players are comfortable with giving all of themselves over to. There isn’t a shred of disingenuous content to be skipped over in this EP, and that alone makes it a standout in a year full of halfhearted, filler-packed releases.