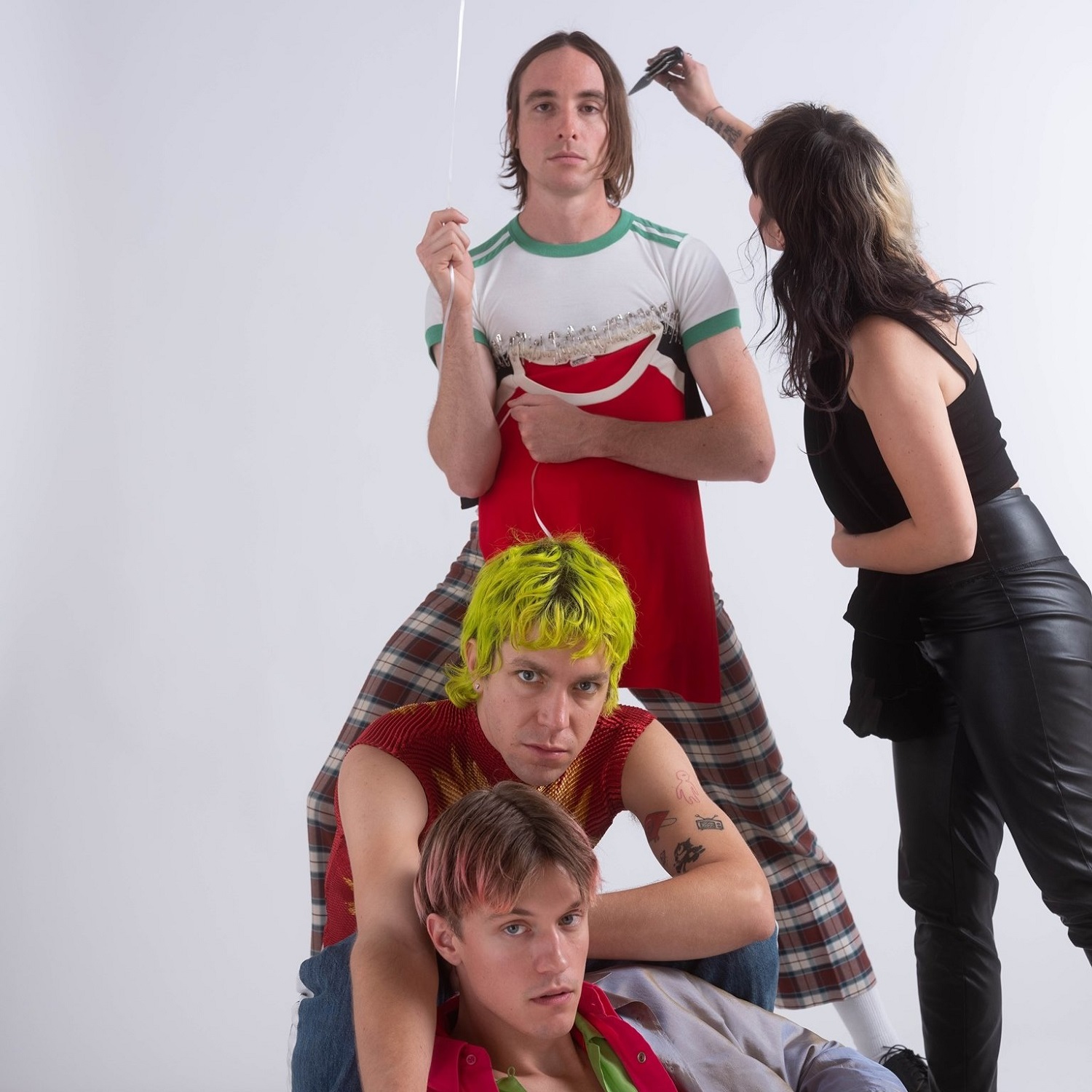 It’s all in my head, it’s all in my head… Sound familiar? That’s the sound of millennial angst, complete with pop psychology references, dancing once again against the fashionably sardonic sunset. This time, such sentiments are being uttered in the deadpan vocals of Hot Flash Heat Wave’s frontman, dressed in androgynous clothing seeming to purposefully call in the memory of a David Bowie or Boy George in the early 90s. The entire video oozes of post-modern, 80s influence. A case of present day via old-school capturing methodology, the literal grainy ambience of the video likely due to the entirety of the action being imprinted on 16mm film stock.

The band itself is classic Northern California cult-influenced material. The looks alone confirm the origin of the band’s mouthful of a name, derived from a literal period of humidity overtaking the San Francisco Bay Area which all five members call home. Since the rise of Covid-19 and the disruption of popular industry, the future of said bands hangs in the balance. Groups with notably young and millennial generation members are faring better than more established and old-school joints, courtesy of young people’s natural aptitudes with social media and increasing egalitarian attitudes.

Hence, it’s fitting that the band’s new single ‘Grudge’ was released on their official YouTube channel, complete with a video sporting every progressive and convention-breaking element in the book. The juxtaposition between the Bowie-esque nature of the singer and fellow musicians to the couples and varying locations in the video makes for an entrancing if somewhat familiar venue. The video also sports numerous references to millennial pop psychology – highlights including closeups of a 90s-styled video game being played on repeat, two members of the band inspecting a futuristic-looking abacus, and the odd sense of disconnect between the scenarios and images in spite of everything being thrown in the kitchen sink.

As recent years have proven, millennials don’t like to compromise. When it comes to indie pop music videos such as the treatment Hot Flash Heat Wave gave to their new single, this is both a good and bad thing depending on one’s aesthetic. The video is expertly filmed, visually arresting, and carries a gleeful weirdness to it that screams San Francisco underground. It features a diverse cast playing against the band members and bright and neon-tinged rooms full of sudden jump cuts to strange and startling images ranging from a long-haired man playing a violin the middle of the room to straight-up references to 1982 cult thriller Blade Runner. The entire video feels like something Michel Gondry crossed with Panos Cosmatos could make, but that’s where it falls somewhat short. It lacks subtlety, and the apparent randomness of each of the scenarios only adds to a sense of emptiness in spite of overwhelming technical finesse.

Overall, ‘Grudge’ and the song’s music video provide fun, solid escapist entertainment to the listener. As the band continues to develop their craft both musically and directorially, it will be fun to see what they come up with next.