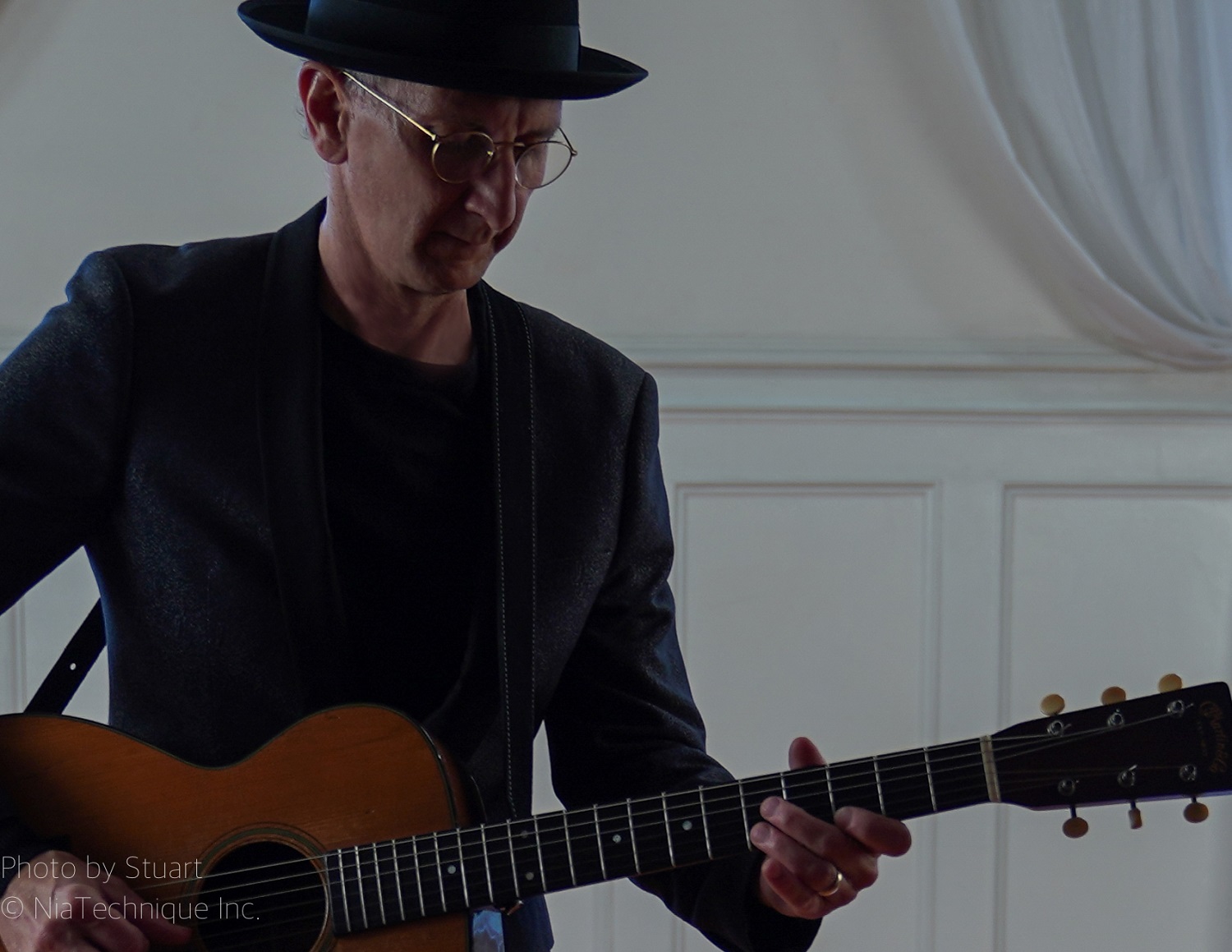 How a Free Man Feels by Terry Robb

Terry Robb’s four decade long career as a fingerpicking guitar virtuoso has snared the British Columbia born musician a bevy of awards, praise from critics galore, and plum touring slots supporting iconic figures as diverse as Buddy Guy, Robin Trower, and Steve Miller, among others. He’s guested on a host of recordings, perhaps most famously with steel-string guitar maestro John Fahey, and appeared on stage with a number of other luminaries. His recording career as a solo artist has produced fifteen albums and counting – “How a Free Man Feels” is a single from his latest aural platter entitled Confessin’ My Dues and  highlights Robb in peak form for longtime fans and newcomers to his art. He’s a titanic talent only improving with age. It isn’t difficult to imagine that this Portland, Oregon based musician will end his long run much like Muddy Waters – playing music until he literally no longer can.

You can see that devotion and commitment to the music in the song’s video. Even in a staged performance clip Robb seems mesmerized by the experience of performing. He leans in close to the microphone, closes his eyes during certain passages, and engages his instrument in a physical yet understated way. The filming brings viewers close up to his face and guitar work without ever going overboard and concentrates on conveying that aforementioned commitment and devotion. It is unadorned and makes Robb and the song stars of the show rather than afterthoughts in service to self indulgent eye candy.

His fingerpicking style as a guitarist makes a difficult technique sound like something he was born doing rather than a skill he has worked hard to master and refine over the course of his playing life. You don’t hear any flubbed or muffled notes and his transitions from one chord or passage to the next are carried off with fleet fingered confidence. It isn’t post-production wizardry making a serviceable musician sound greater than he is – you get the sense listening to this that there’s little, if nothing, Robb can’t accomplish with the guitar and you cannot help but admire how he makes the difficult sound so easy and effortless. It’s a testimony to his top flight skills.

His vocals aren’t too shabby either. He takes a well written lyric constructed in the traditional three line verse style and makes it come alive with a minimum of fuss. Robb wants to embody the speaker’s longing to be free and does so without ever slipping into bathos – lesser talents would have forced the issue with needless theatrics but Robb wisely lets the words speak for themselves and stresses taste over vocal muscle. His long devotion to blues music is reflected in every second of this short song but, despite its length, it is as satisfying as two or three longer songs accomplish – he manages to encompass a significant chunk of a man’s soul in a little less than two minutes and surely whets the appetite of anyone waiting to hearing his latest album release Confessin’ My Dues/