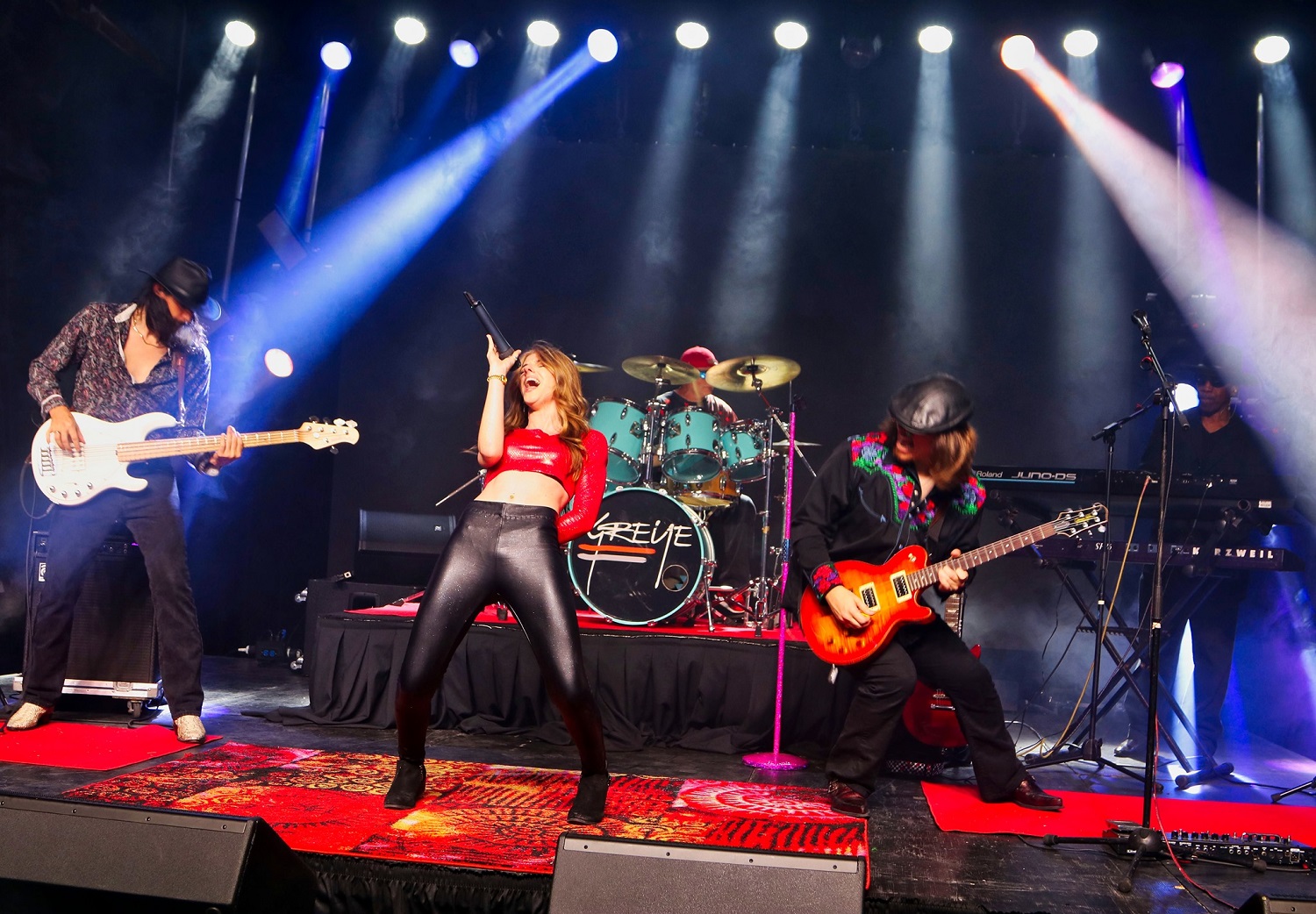 Daytona Beach-based rock act Greye makes their first splash of 2021 with their newest single “I Don’t Mind.” The band consisting of lead vocalist Hannah Summer, Ray Grimard (drums), Jett Wolfe (guitar), Josh Reid (bass), and Kenn-e Williams (keys) have had a rousing string of releases over the years, each perfectly capturing the spirits of the time in which they were recorded, so naturally, they’ve felt the pulse of the growing despair and unrest that came thanks to the trash fire that was 2020. It should be noted only for humorous reasons that there’s a bit of irony that the band must be aware that their two major single releases last year were called “Lucky” and “So Far So Good”.

Whereas those releases had a cavalier, kicked back, have some fun energy attached, Summer and company have taken all the aggression and disappointments, paired with some wicked guitars and a snarling drum, and ended up with a great start to 2021 and the rock genre. Starting off with a jarring electric guitar and drum combo, Wolfe’s guitar screeching like a dragon that’s been woken out of hibernation, Summer starts off with a hopeful twinge of nostalgia as she sings about her joy of the times she had, especially socially but these words are quickly tainted with imagery of flies that once started off as happiness that she must now poor out, lest their disgust linger. Out of the gate, you immediately get a sense of what a gifted lyricist Summer is.

Not soon after the dialogue that Summers presents, turn very quickly inwards as she even states that she’s flexible existing in these coming hardened days and that she’ll find a way to manage, but even she seems to be at odds with herself as she croons “why deny yourself the chance at all life’s greatest pleasures?” and it’s an insanely relatable dilemma considering that she and by extension us, the listener, don’t really know when things will be normal again. All of this is backed by an excellent chorus that at first has a tinge of humor as Summers says that she’s not quite sure how to manage this world’s new language and replies “It’s incommunicado desperado.”

As the song progresses and Summer’s fallen harder into a pit of despair, contrasted with romanticized imagery “it’s been a while since we laughed like this” she says to an unknown figure that based on the description of a “red mouth” and a smile of dubious intent, wouldn’t be hard to envision as anything but the devil. As we reach the end, Summer has relinquished herself to destiny and whatever may come, and she’s not looking to fight back anymore, but make the most of the time she has left. It’s honestly harrowing material and it’s that level of uncompromised vocals that have that faux happiness sound that masks the darkness that’s present in the track if you’re only half-listening to it. Summer may have conceived these lyrics in April of last year, but they remain painfully relevant and flexible that this song will exist powerfully well beyond it’s Covid based construction.

The music of GREYE has been heard all over the world in partnership with the radio plugging services offered by Musik and Film Radio Promotions Division.  Learn more https://musikandfilm.com