This morning III Points Festival announced a major change in it’s operations calendar, and that is mainly that they’re officially changing the dates of the festival. And not by a couple of weeks. III Points, up until now held in October, is now scheduled for mid-February. The new dates are Feb. 15th, 16th and 17th.

The reasoning behind this drastic change is rather understandable for any resident of South Florida. October is the tail end of hurricane season, and the festival has had more than one very close scare in the last couple of years.

But this announcement, aside than a change for III Points and its fans, marks a distinct change in the festival calendar of Miami itself. III Points has, for the last few years, been the unofficial kick off for the busy fall season in the city, kicking off the race that somewhat culminates with all the Art Basel madness. Now, the festival positions itself to be one of the forerunners in the Spring festival season (yeah, Ultra is in this group, but there’s many other festivals also).

Well, I guess we have to wait a few more months for all the III Points fun.

Read the full official announcement below: 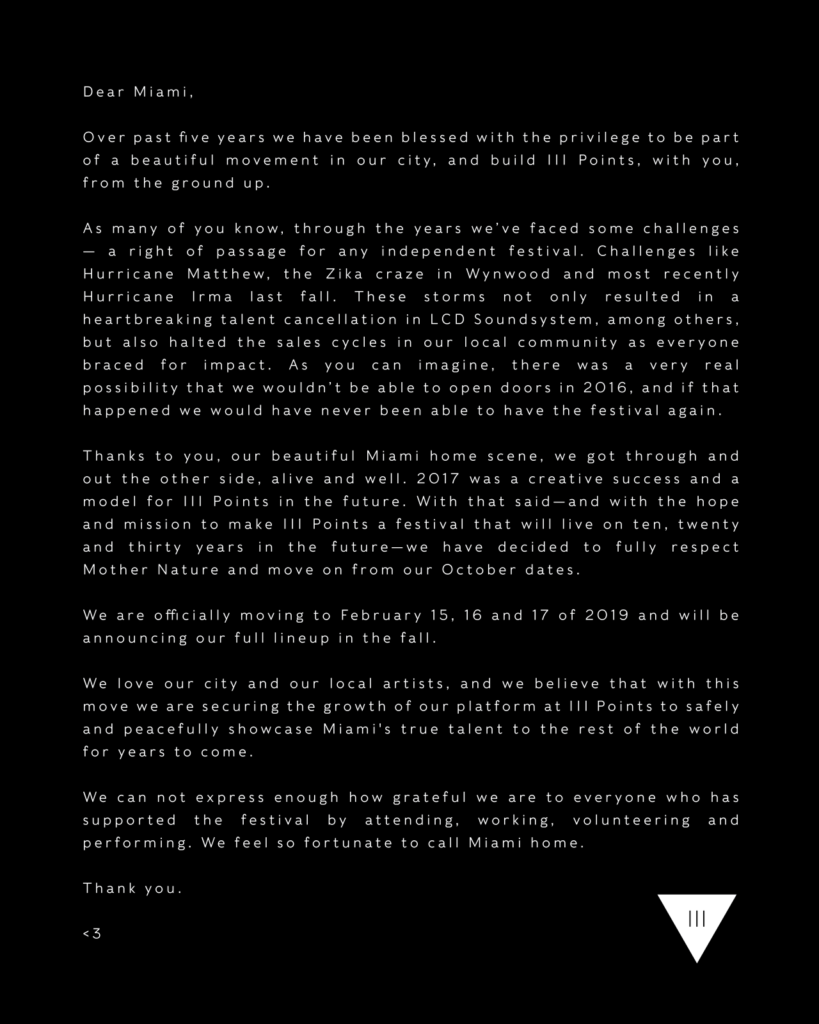