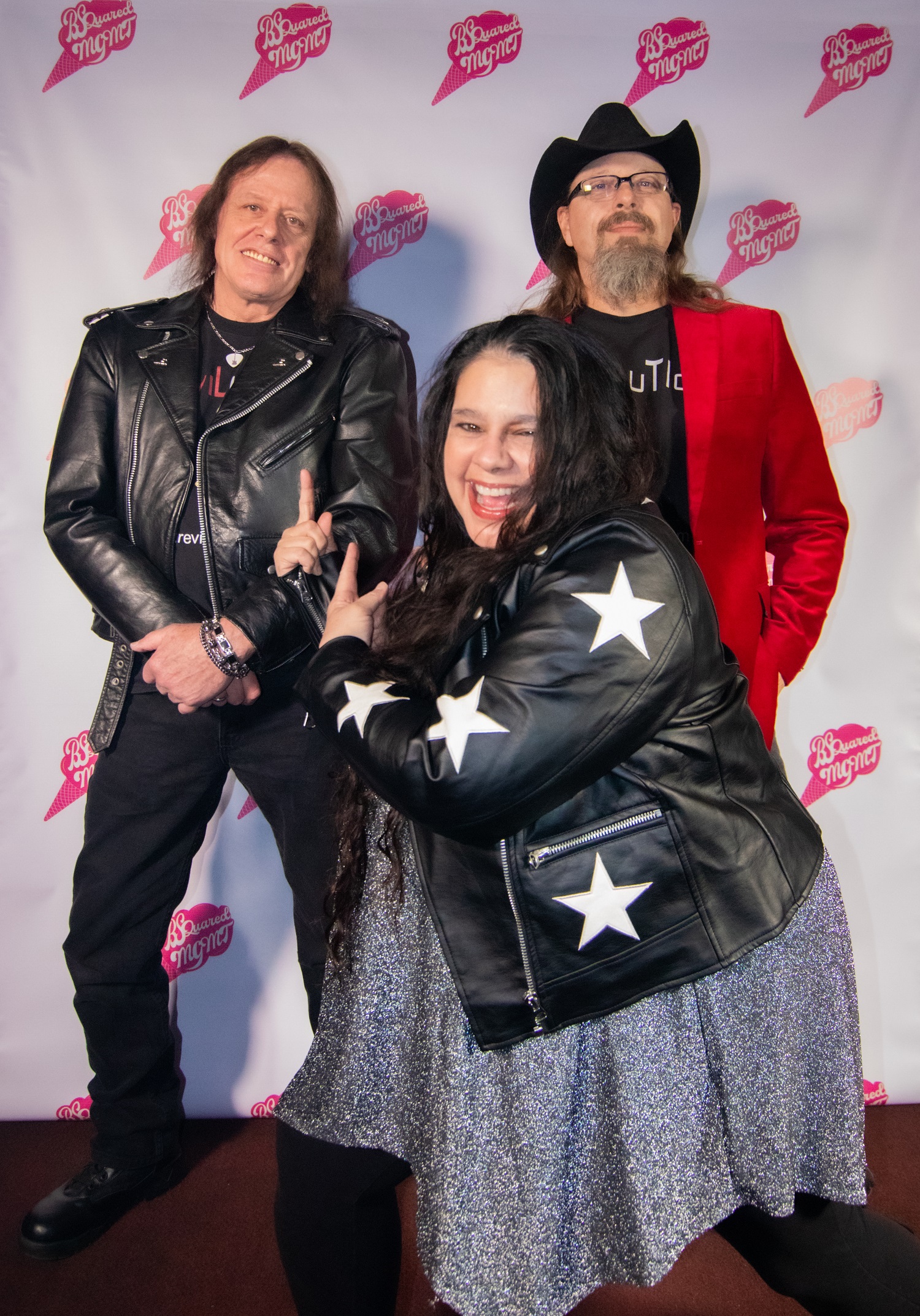 Thank you for your time today! So, before we jump into specific questions, why don’t you give us some details about you and your story? Where you started and where you are now.

Marie B, vocals: You’re welcome and thank you for the interview. I appreciate your taking the time too. My story is that I was in a place in my life when I had lost everything I’d help build in a traumatic divorce. Suddenly, after seventeen years I had to figure out what to do all over again. I went to my local gym and started working out daily. There was a guy there who I connected with and he became my massage therapist. We forged a connection and one day he said he had someone he wanted me to meet because he thought we would like each other. He gave me his (Dan’s) phone number and we ended up talking half the night. I was in Colorado and he’d just moved from there to California to forge a music career. Gary (massage therapist) had been in a band with Dan (of REVILUTION) and he just knew Dan and I would hit it off. After Dan and I had talked for a few days he sent me links to his Reverb Nation account so I could hear his music. I didn’t think much of it at first. Then one day I listened to his song “Heaven’s Light” because it was a soulful ballad and I just listened to it a bunch of times. Then I wrote him an email which included my critique of his song. He said, nobody has ever understood that song, including the person he wrote it for. In brief, he said he could be an entire band if he had a sixteen track recorder. He’d worked on one with a band he was in and knows how. I was intrigued and bought him a sixteen track recorder on Black Friday sale. Within a month he’d recorded some songs and we released them. I managed him from out of state and then realized I needed to be closer to him to have a decently managed band. He found me a house to rent where we did band stuff from for a year, including several failed attempts at finding band members. So he recorded all the instruments and he and I played some gigs live that a friend found for us. Did a second album, put a band together, toured, lost bass player and drummer, replaced them, toured, did a cassette EP release. Replaced bass player and drummer, toured and recorded the EP release. Now we are ready to get another bass player and write another album while we gig.

Dan Seitz, vocals, guitar: I decided that I wanted to become a musician when I was seven years old. I took piano lessons from my grandmother, then guitar in high school, and finally drums when I was in the Army stationed in Korea. I grew up listening to Kiss, AC/DC, Metallica, Iron Maiden, Black Sabbath, and lots of others, so rock and metal was what I wanted to perform. In 2011 I decided to move to Southern California to pursue my dream full-time, and six months later is when Gary set me up with Marie.

Scott Flint, guitar, vocals: Well, having both parents that were music teachers, I started performing at age four.Over the years I’ve performed with numerous bands, toured, recorded, and played every genre of music at one time or another. Where I’m at now is by far the happiest I’ve ever been in a band so far.

We know you are working on a new album! Do you have a title for it yet?

Scott: No title for the new album as of yet.

Marie: Yes there are a few album names I’ve written down but nothing approved by the rest of the band yet. The one sitting in front of me is “Personal Prosperity” which I wrote when I was moved to. When I get a vision, I write it down and sometimes it turns into something later. This one I came up with because of recent events. There were a lot of suicides and I wrote, “When a person doesn’t have anyone there for them, sometimes they don’t make it.” Other than that there is no album title yet.

Dan: Maybe when we get some more songs written and a theme takes shape.

When you can’t agree on something as a band, or have different creative idea how do you handle it? What is your process to get on the same page?

Marie: Ha ha, you make it sound so easy. Great question. Let’s see, Dan’s process is forged from his own experiences in bands he’s been in over the years. He felt that he didn’t have a voice in the band and it was all decided by one person. So, when he made his own band he decided that every band mate has a voice. We talk about things at the weekly band rehearsals and put ideas up for a vote. Like, do you like this song, should it be in the set list, then vote. A lot of great insights are presented as a result of these meetings. One reason attending band rehearsal is imperative.

Scott: We just go have a smoke and sit down and discuss the the issue and resolve it before we go back in the studio.

Dan: You have to listen to your bandmates, but you also have to put the band first. The most important thing is to not broach a subject from a position of anger. I always try to be respectful of everyone’s position and not step on toes, especially when it comes to creating music. So, everyone says what’s on their respective minds, and we volley the ideas back and forth until a consensus is reached. From my perspective, whatever the majority of the band wants is ultimately the best thing for the band.

Tell us your favorite cover song to play as a band?

Marie: There are two covers that we have done that made a great impact on the audience. We worked up “Last Caress” and I’m telling you it was AWESOME! From the stage I watched the mosh pit form. They really got off on it. Singing along and moshing their brains out. (Properly, because it was in Las Vegas and the audience was filled with professional performers.) Then of course there’s “I Love Rock and Roll” which gets everyone out on the dance floor.

Scott: We don’t normally play covers so I really can’t say. But if we did it would be Judas Priest by far.

Dan: I’m definitely torn between “Last Caress” and “You’ve Got Another Thing Comin.” Scott absolutely SHREDS the Priest solo, and the metalheads go nuts for anything Metallica has done!

Tell us. What are the first and the last records you bought, and where did you buy them? Were they CD, vinyl or digital?

Scott: The first album I bought were the Monkee’s vinyl.The last was Steve Vai cd.

Marie: The last records I’ve bought are “LAST IN LINE” by the band Last In Line. And “Guitar Zeus” by Carmine Appice. I’ve bought some CDs but I can’t remember what they are. I don’t download music because I like to hear the full spectrum of sound which is not possible in a download. Both vinyl albums I bought from the band websites of the bands. I do also buy music from Amazon when it’s not available from the band.

Dan: I think the first one I bought was actually four: a guy I knew sold me the four Kiss solo albums on 8-track. I still have Ace Frehley. The latest one is Loser Parade, a band we played with in Vegas the last time. It’s on CD. I don’t download music, unless it’s a demo from one of the other band members.

Share with us something unique about yourself that most people don’t know.

Marie: People don’t know…let’s see. People in the music industry might not know about me that I’ve been featured as the subject of fabric dolls. There are two dolls that were made by very famous women in the textile and fine art industry. (One of them is featured as a craft pattern for a doll you can make at home.) Outside the music industry I’ve had an extensive career in modeling and acting. Or, if you mean something like, do I like spinach then the answer is I’m a finicky eater. I’ve always been that way. I was born a picky eater.

Dan: I tested the very first GPS systems when they were being developed when I was in the Army.

Where can we find you on IG? 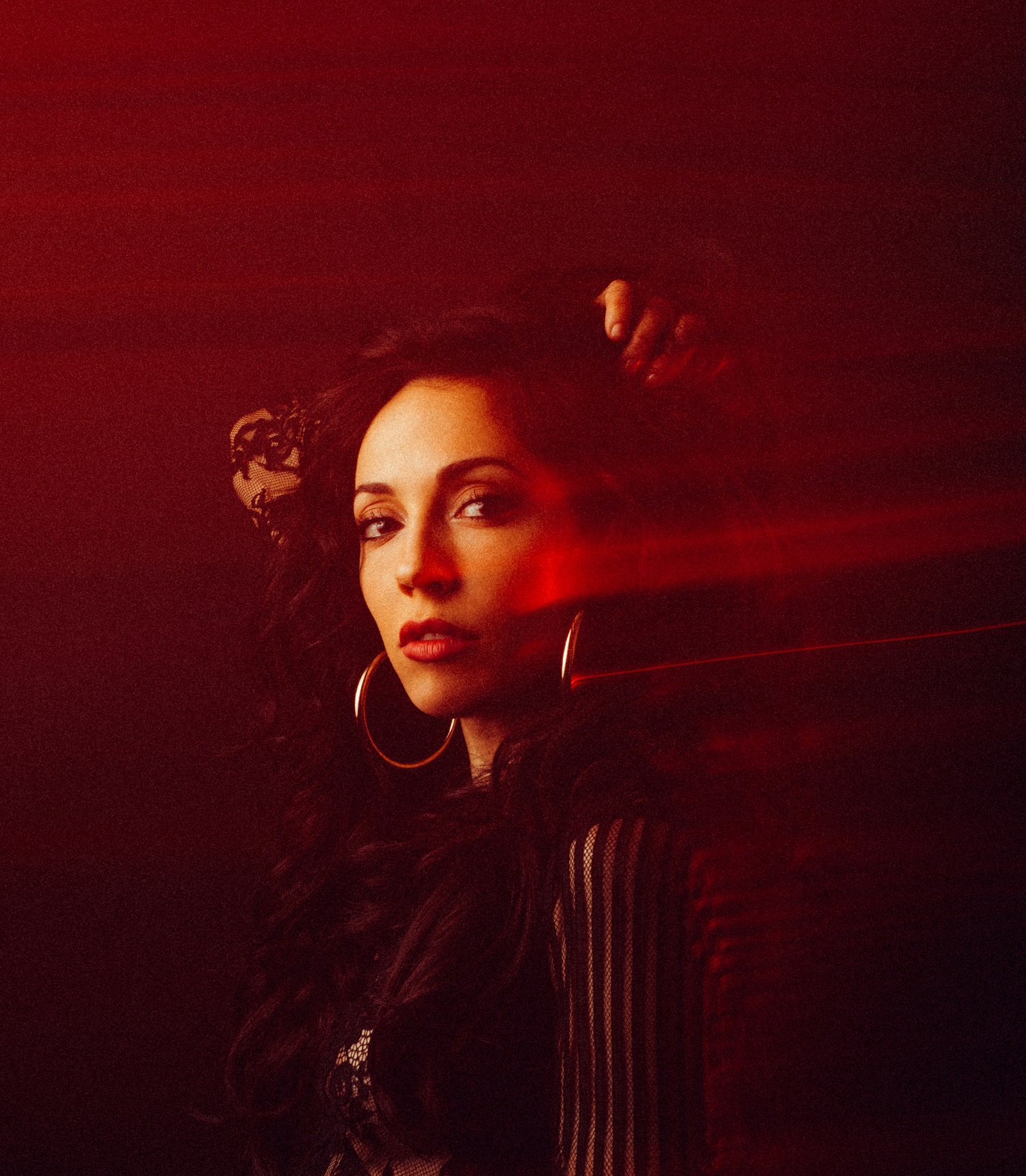