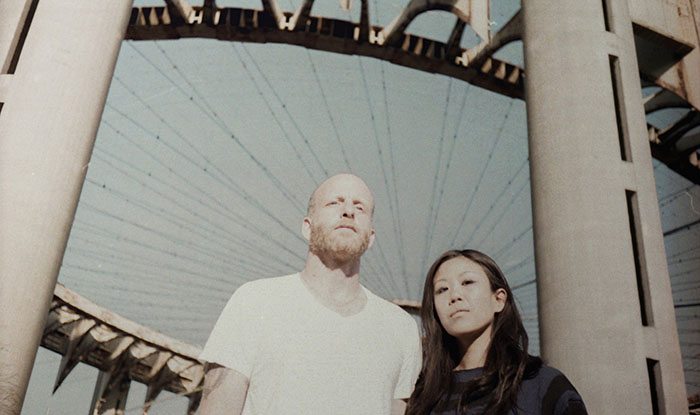 Interview with The Juan MacLean – In a Dream

The Juan MacLean started as John MacLean solo project with James Murphy as sound engineer.  After having many collaborators rotating both in the studio and live performances, Nancy Whang, former LCD Soundsystem vocalist, became a key player on the band’s catchy dance tracks.

The duo recently released In A Dream, an album that blends electroclash, disco-punk, electro-disco, techno, house, deep house and many other genres …. Always with a strong and constant wink to the 80’s disco music.

We had the chance to have a phone conversation with John MacLean a couple of days before his show yesterday at Gramps, Miami during III Points Festival.

Why did you decide to start making music with Nancy?
I was making my second 12 inch, witch it was 2002 called “You Can’t Have it Both Ways” and I had made the instrumental part of the track, it was pretty much done and then I decided that I wanted to have vocals on in. James Murphy and I were sitting in the studio and he said that he knew this girl that he had met recently and that we should call her, have her come down and sing on it.  So literally that night she just came in to the studio and sang. And actually that was the first time I ever met her and it was the first time that she had ever sang on anything before, which was pretty funny. She wasn’t a singer or anything, she just came and did it. And ever since then we‘ve worked together.

You recently released In A Dream. What do you think the main difference is with your previous album?
Well, I think it wasn’t a decision to have Nancy more present in the album,  it was because there were more songs that were more vocal oriented. So that naturally pushed Nancy more to the forefront.

When listening to In a Dream, I can tell that is a record that blends many different styles and it works as a kind of cross over between disco, new wave and now a days dance music. This makes me wonder… What records were you listening to when composing the album?
Pretty much the same things that I was listening to before making the record. I always come back to the same thing, specially a lot of the 80’s stuff like New Order, the very early The Cure records, those are two big one actually. And then I don’t really intentionally try to reference anything when I’m making music, I think it’s just all the years and years of listening to music that start to come up when composing. But yeah, definitely that’s the time period that has been more influential on me, the early and mid 80’s.

Where did you compose the songs included in this album?
Well, with DFA we have a studio in New York, it was mostly done there. And also at the Holy Ghost studio, which is also in New York. We go back and forward between those two places. I also write some ideas at my home studio but I can’t really compose on a laptop while traveling or at home.  It is actually more live playing of synthesizers and that sort of thing, so I pretty much need to be at the studio to write the music.

What is your favorite synth that you used in this record?
Well, Nick Millhiser of Holy Ghost he owns something called the yamaha cs80 which is a pretty rare and very expensive synthethizer from the 80’s and that was my favorite one, it is in every song of the album

If you had to choose a color to describe your album. What color would it be?
For this album I will say Blue, it’s the color that writes the line between black, dark  and brightness. It is kind of a melancholic color.

What are your plans for the future?
I’m always DJing, traveling around the world, but we want to get the live band together again at the beginning of next year and start touring again.

On Sunday October 12th you will play a DJ set at Gramps, Miami. What can the crowd expect from your DJ set shows?
I’ll play house and techno, dance music. I don’t play any disco, that’s for sure.