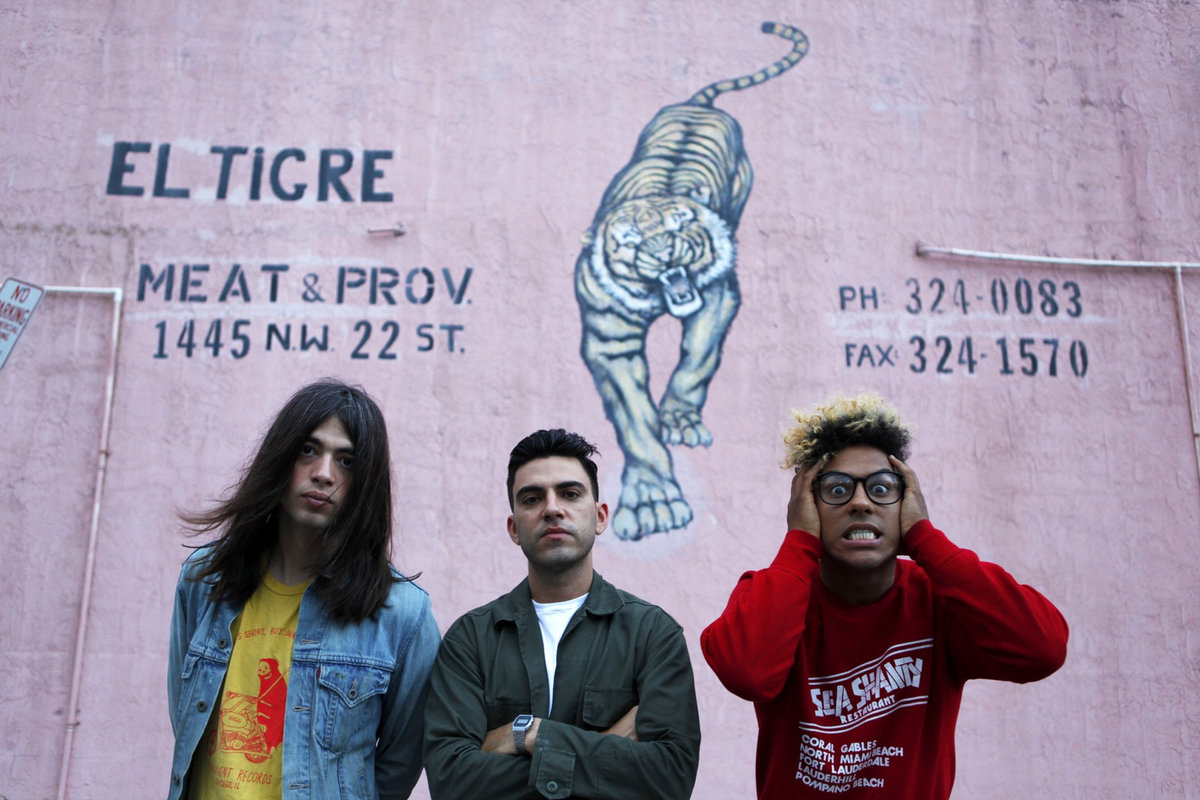 If you have been around Miami or South Florida in general for any amount of time, the name Jacuzzi Boys will definitely be familiar. The Miami based trio has been dropping their unique style of rock since 2007. The sound of their music is easily recognizable, a combination of beach rock, indie, garage, grunge, and even some daytime sleaze rock. Come to think about it, that description might not help easily recognize it. But it is more or less that. What is undeniable is the energy that their music puts out. This trio is the soundtrack to the all American blowout party.

Having just released new music, Jacuzzi Boys hit the road last fall for a comprehensive tour through the United States, and stopping by a couple of Canadian cities to throw them into chaos while at it. Before that they opened up for Iggy Pop on his Post-Pop Depression Tour, a fun show at a packed out Fillmore in Miami Beach.

The following interview is actually a combination of two interviews; one done live on Jolt Radio by the one and only Mr. Jolt, and the other one done by TML staff during a conversation with bass player Danny  Kokomo.

How did you come up with the name Jacuzzi Boys ?
It was just a joke. We never thought we’d play more than one show and we came up with that stupid name. It wasn’t just one night’s thought either, it was many nights of brainstorming. This was before Danny came on to play bass. We had one show to play, and all the other names such as Beach boys or Pet Shop Boys were taken. That show we had 4 songs ready and we played horribly. And somehow Rich (Floridas Dying Records) still wanted to do a 7”.

[Danny]: Yeah, I saw them play before joining, in some warehouse down by Tamiami airport, and it was a disaster. But fun, too.

And so it started. Then we had No Seasons…?
We had a few of 7” and a split before the first LP (No Seasons) and by the time we went on tour.

How did you feel when you held your first record?
I remember feeling like that was enough, like “that’s it”. Floridas Dying (Orlando) put out the first couple of 7 inches. It was a great feeling.

Has Jacuzzi Boys grown too big for the local scene?
I don’t think we’re that big, but no one is too big to be local.. Jacuzzi Boys plays local all the time, whatever venue is on. A lot of our idols or inspiration figures are legends that still play and hang out locally.

Do you guys do tours behind everything you release?
Yeah, although we didn’t tour too hard for this last LP (Heavy Damage). We did a few west coast dates in summer. We recorded Heavy Damage here in Miami, in Pinecrest, with Jorge Nuñez from Torche. Then Ping Pong we recorded in LA, and did a long tour in fall, October and November.

How was the process of recording Ping-Pong?
It was pretty mellow… We worked on it on and off for a few months in LA. We had most of the songs when we started, but some new ones came around in the studio and others changed significantly. All and all it was a pretty great experience.

What do you think it’s the biggest difference between this album and your previous record?
I think that’s for other people to decide, we just do what feels natural to us at the moment. It has been the longest we’ve spent working on a record though and I think it paid off.

So, MAG MAG. What’s the deal with that?
It’s our label, it’s a new thing, just us putting stuff out. We’d like to put out stuff that is not our own in the future. Do like The Beatles, make records and rake in a ton of money. Magmag stands for the initials of our last names.

What artists would you like to release on MAG MAG? Any specific genre?
As of right now we’re just reaching out to friends and stuff like that, but no genre is off the table. We’re open to all of it, it just has to make us smile.

What are your plans for 2017?
Definitely do more touring, some other releases on MAG MAG and perhaps a new single or two.