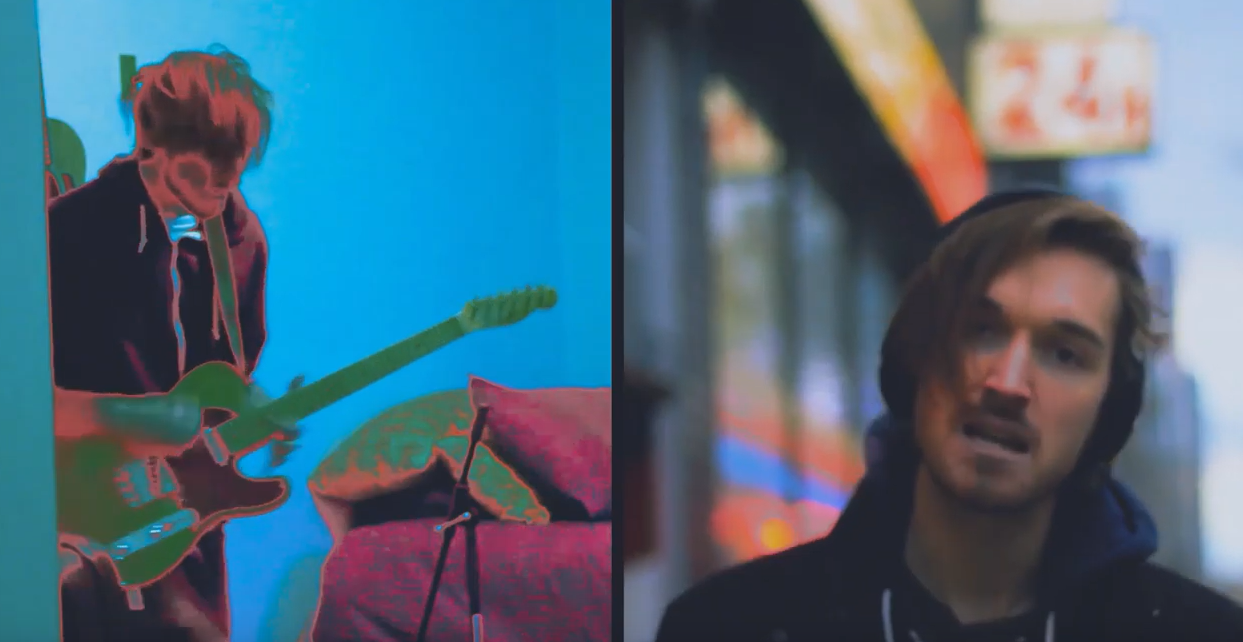 If the ethereal grooves of “I Know I Know I Know” don’t leave you spellbound this spring, then its decadent melodies most certainly will. The first single from Montreal-based James Parm’s debut album Oh My Darling, “I Know I Know I Know” opens in a tizzy of textured percussive beats, glaring synthesized grooves and a grinding, melancholic melodicism that will slowly spread out over the whole of the song and color the vocal track in an opulent, post-punk blue. The production quality is sublimely surreal and engaging on multiple levels, and the music itself is steeped in a rich physicality that is as much of a defining attribute as its sophisticated lyrical content is. After several dedicated listens, I’ve come to the conclusion that “I Know I Know I Know” is, without question, among the smartest alternative rock tracks that I’ve had the chance to review all year.

The guitars take on a starring role in this song, and though violent and churning from the moment that they make their first appearance to the very instant that they retreat into the silence from which they were first sprung, they’re surprisingly pristine and crisp in the master mix, and sport a clever arrangement that is as evocative as the verses themselves are. “I Know I Know I Know” gets rolling rather ominously, but after taking a minute to warm up and impart to us a brooding vocal introduction from Parm, the supreme string play takes center stage and crushes us with its dexterous complexities and unforgiving weightiness.

In all of the chaos going on in this single, the vocal track acts as the central linchpin, holding all of the shapeless noise and uncaged discord together with its cutting harmonies and chic melodicism. It’s a hypnotic component, especially relative to the acrylic textures being emitted by the drums and bassline, but it doesn’t cloud the narrative of the lyrics at all. James Parm wants to keep us on the very edge of our seats with “I Know I Know I Know,” and even when played at a somewhat moderate volume, I’ve found that it still manages to catch the attention of almost anyone within earshot of its dynamically produced sonic brutality.

Anyone looking for the ultimate engaging listening experience this March would do well to give James Parm’s latest single a spin, and furthermore, the incredible album from which it was cut. Few songwriters are crossing the boldly experimental channels that Parm is at the moment from within the confines of a recording studio, and when he takes this sound and the contents of Oh My Darling out on the road with him, I have a feeling that his status in the hierarchy of underground musicians in Canada is going to see quite a bit more of the spotlight as we inch closer to 2020. He’s got an excellent skillset and an organic talent with mammoth potential moving forward, and I for one cannot wait to see and hear what he does with this utterly impeccable tonality in the future.